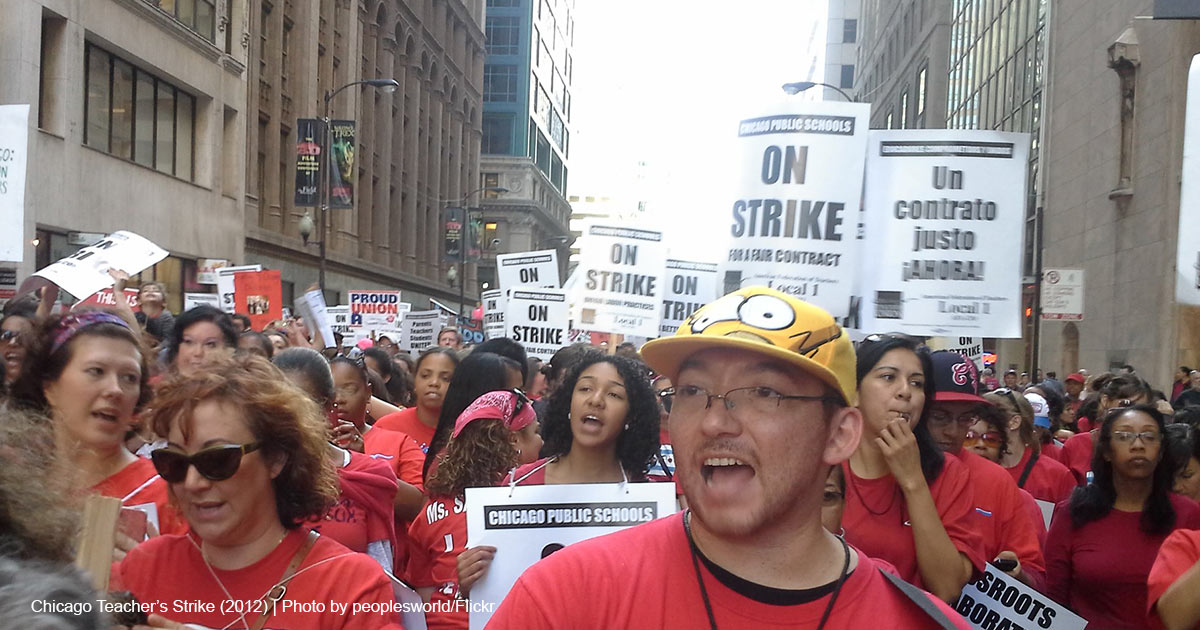 Students across the nation are returning to school this fall. Many are still a year or more behind where they should be, due to the learning loss triggered by the panicky shutdowns and inexcusable “virtual” learning inflicted upon them over the past three years. Yet most students are advancing a grade, encountering new teachers, textbooks, subjects, and classmates. Some students are attending a new school altogether, having graduated from elementary to middle school, or from middle to high school. Some bright-eyed youngsters are embarking on their own journey of discovery, with their first day of school ever.

But for some students, going back to school looks much different than what they were expecting, for one simple reason: it hasn’t happened yet. “Seattle Public Schools will not start school as planned on Wednesday, Sept. 7,” the school board announced, “because of a planned work stoppage by Seattle Education Association (SEA).” The local teacher’s union voted overwhelmingly (95% in favor) to reject the school board’s memorandum of understanding and instead strike and picket on the first day of school.

They aren’t the only ones; teachers’ unions are striking around the nation. Teachers in Kent, Wash. went on strike on August 25, delaying the start of school by more than a week and finally reaching an agreement on September 7. Teachers in Columbus, Ohio declared a strike on September 4 and picketed for three days before finally reaching a “conceptual agreement” on Wednesday, the day school was supposed to start. Teachers in Eatonville, Wash. went on strike Wednesday, as did teachers at Eastern Michigan University, where striking is illegal — even public universities are not immune. Staff at American University also went on strike for five days before an agreement was reached.

The threat of a strike has disturbed other districts, too. Teachers in Dallastown, Penn. and Port Angeles, Wash. authorized a strike, but then reached an agreement before they carried it out. Teachers in Peoria, Ill. and Ridgefield, Wash. authorized a strike but then returned to work, as the union hasn’t yet officially declared the strike. Things turned nasty in Elizabeth, N.J., when the mayor threatened on Twitter to bar striking teachers from future promotions, claiming that the union had rejected a 10% raise.

That last instance indicates one source of pressure that is prompting these teachers’ union strikes. Due to inflation, the cost of living has shot up in much of the country, and workers in every trade are seeking wage raises to match. But that can’t be the whole story; it doesn’t explain why a union would reject an offer for a 10% raise. Other recent teachers’ strikes — such as the Chicago strike in January — indicate that many teachers’ unions are operating with incentives and objectives radically different from students and their parents. In other words, striking teachers are usually seeking their own interests, not the best interests of the children in their care.

As Americans, we broadly agree that it is in the best interest of children to receive a certain number of years of educational instruction. This is reflected in the laws mandating universal education and in massive public expenditures to offer this education to all students free of charge. While some parents may choose to have their child educated in a different manner (via homeschool, charter school, Christian school, parochial school, etc.), parents who neglect to provide their child with any education are liable to severe punishments, including the loss of their parental rights — because their actions do not comport with the best interest of the child.

Well then, what about when teachers do it? When teachers strike, they are refusing to provide students with educational instruction. They are hindering students from obtaining an education just as much as truant parents. They are holding the students’ education hostage to their list of demands — which can sometimes be quite kooky. Sometimes teachers’ strikes can highlight legitimately awful working conditions (less likely now that federal COVID spending has given schools more money than they can spend), but they always take a toll on children.

Children need a safe and stable environment to learn and develop. They need figures they can trust, respect, and imitate. What happens when a child is told he will go to school on a certain date — then that date comes and goes without anything happening? A promise has been broken, and the child trusts grownups a little bit less. What happens when a child sees that his parents and his teachers aren’t on the same page? Then, instead of receiving mutually reinforcing exhortations to learn, she may decide to play one side against the other.

We grow increasingly accustomed to political brinksmanship in our acrimonious political climate. The federal government always waits until the last possible moment to pass a budget. Candidates, parties, and officials promise or threaten drastic actions. As adults, we can comprehend the complexities, process the difference between words and actions, and filter information through our past experience. But a child’s world is much simpler. A child has no control, no influence over politics. He can’t play political brinksmanship. So, when children are made the subject of games of brinksmanship, it can be disorienting and scary. Those who wait until the last possible minute to finalize negotiations for union salaries are doing children no service.

These back-to-school teachers’ strikes are one more grievance for parents to add to a growing list of factors that make government-run schooling progressively less attractive. Just since the beginning of COVID, parents have found school boards unresponsive, even dismissive of their concerns. They were forced to shoulder an increasing teaching burden when instruction went virtual. Their eyes were opened to the radicals pumping sexually inappropriate and racially inflammatory curriculum into impressionable young minds. They have to pilot their children through increasingly hazardous waters of gender confusion, mental illness, and risk of harm — often while schools actively work to mislead them.

Because of these trends, government school enrollment has dropped significantly. Parents are seeking better options. For those parents who have elected to stay, calculating that government education was still worthwhile, on balance, teachers’ unions have added another headache: no education at all. Their actions damage the reliability of the government school system, and it may convince even more parents to depart the system to seek a better education for their child elsewhere. Parents, at least, know how to pursue the best interest of their children.