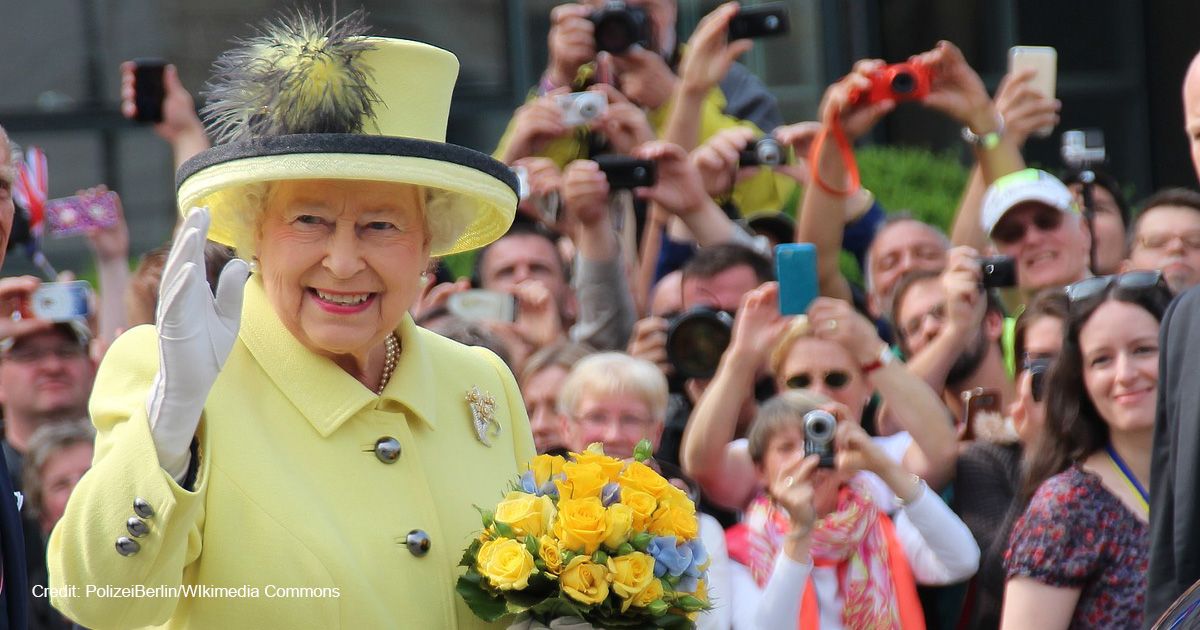 The Christ-Centered Life and Legacy of Queen Elizabeth

Earlier this week, Great Britain and indeed all of the world mourned as Queen Elizabeth II was laid to rest next to her beloved husband Philip. The last two weeks have been a time of tremendous change for Great Britain as they received both a new head of government and a new head of state within a matter of days.

Elizabeth was the longest reigning monarch in British history, with her reign spanning over 70 years. Had she lived only two more years, she would have surpassed Louis XIV as the longest reigning monarch in world history. Although the British monarch has no governing authority, Queen Elizabeth II provided a strong and steady example not only to Britons but to the entire world.

Born Elizabeth Alexandra Mary, she became first in line to the British throne when her uncle, King Edward VIII, abdicated after less than a year on the throne to marry a twice-divorced American actress named Wallis Simpson. At the time, the Church of England forbade the marriage of any divorced persons if their spouse was still alive. As head of the Church of England, the monarch was required to abide by these doctrines, hence Edward VIII’s abdication. His brother, George VI, Elizabeth’s father, ascended the throne, making the 10-year-old princess first in line of succession.

Monarchies around the world declined greatly during the 20th century, with many collapsing. Elizabeth II’s grandfather, George V, saved the British monarchy by serving as a respectable role model for the nation. His close relatives, Kaiser Wilhelm II of Germany and Tsar Nicholas II of Russia, did not follow his example; and, consequently, their monarchies were destroyed. Though largely a figurehead, the British royal family remained one of the last respected monarchies in the world.

George VI ascended to the throne in 1936 at a time when storm clouds were gathering over Germany as Adolf Hitler and the Nazi Party came to power. George VI, along with the leadership of Prime Minister Winston Churchill, guided Great Britain through its darkest hour, preserving western civilization for generations to come.

On her 21st birthday in 1947, Elizabeth made a now-famous pledge to the British kingdom: “I declare before you all that my whole life, whether it be long or short, shall be devoted to your service and the service of our great imperial family to which we all belong.” Later that year, she married Philip Mountbatten, a former prince of Greece and Denmark. Elizabeth and Philip were on royal visit to Kenya in February 1952 when they received word that Elizabeth’s father, George VI, had died. At just 25 years old, Elizabeth had become queen of the greatest empire in the world.

Elizabeth II’s coronation was one filled with Scripture. The British monarchy finds its legitimacy in the “divine right of kings,” tracing its roots all the way back to I Samuel 8 when the Israelites asked Samuel for a king. Indeed, the hereditary monarchy is one of the few lasting arguments for political legitimacy in the world today. Her coronation was a holy ceremony, with the choir at Westminster Abbey bellowing Handel’s “Zadok the Priest” as the new monarch was anointed with oil.

It is astounding to think of all the history Queen Elizabeth II witnessed throughout her 70-year reign. She reigned through 15 prime ministers, the first being Winston Churchill. The United Kingdom underwent significant change during her reign as many territories declared independence from the British crown. In 1957, Queen Elizabeth visited the United States where she addressed the United Nations General Assembly. On the same tour, she opened the Canadian Parliament, becoming the first monarch to do so.

She guided her nation through the tumultuous conflicts with the Irish Republican Army; Philip’s uncle, Lord Mountbatten, was killed in an IRA bombing in 1979. In 1981, she survived two assassination attempts, though she was never wounded. She was also influential in bringing apartheid to an end in South Africa in 1990.

In 1991, Elizabeth became the first British monarch to address a joint session of Congress. In 2012, she became the first head of state to open two Olympic games in two countries. (She opened the 1976 Summer Olympics in Montreal and the 2012 Summer Olympics in London.) On December 18, 2012, she became the first British sovereign to attend a peacetime Cabinet meeting since George III in 1781. Elizabeth also celebrated many milestones during her reign, including a Silver, Golden, and Diamond Jubilee. She even celebrated her Platinum Jubilee earlier this year.

When compared to other monarchs, Queen Elizabeth II was unmatched in her dignity, relatability, and adaptability. Never once did she embarrass her nation. Elizabeth and Philip were faithful to one another throughout their 73 years of marriage. Even in the midst of great personal scandals within the royal family, she carried herself with a grace that provided an example to so many. She knew her duty was to carry the crown, and she did it so well.

As Albert Mohler wrote recently, “She understood herself to be the living representation of the nation and the embodiment of its legitimacy.” He goes to say, “Duty fell to her at such an early age, and she carried it so well, on behalf of so many. Americans sense that the British people are our near relatives and that the British monarch remains a part of our own identity.” Indeed, when Queen Elizabeth died, Americans mourned for our friends across the Atlantic. Not only did the second Elizabethan age come to an end, but so also did an age of morality.

As monarch, Queen Elizabeth was head of the Church of England, although the church underwent the similar moral transformations as did the nation throughout her long reign. But she never relented from sharing her deep faith in Christ. Her yearly Christmas addresses are one of the best examples. She affirmed the great doctrines of the Christian faith, and those near her confirmed that her faith was deeply personal. She also shared a friendship with evangelist Billy Graham that spanned four decades, with the two meeting each other on 12 separate occasions. The Queen even made Rev. Graham a royal knight, becoming the first clergyman outside the British Commonwealth to receive such an honor.

Significantly, Elizabeth’s funeral was the first state funeral since Winston Churchill’s in 1965. While state funerals are exclusively reserved for members of the royal family, it is significant that Elizabeth broke this tradition by not only declaring a state funeral but by attending it, declaring that Churchill “saved Western civilization.”

It is undoubtedly because of the Queen’s deep faith that her funeral pointed so strongly to Jesus Christ. In fact, she had been helping plan it for years. Her funeral service was filled with Scripture, pointing mourners to the forgiveness that is in God through Jesus Christ alone. Scripture reading and prayer echoed off the walls of historic Westminster Abbey that has been home to Christian worship and Scripture reading for nearly 1,000 years. Indeed, the undiluted message of the gospel was heard by over half of the world as they watched the Queen’s funeral.

May her godly legacy continue to live on in Great Britain, its Commonwealth realms, and around the world. And may many come to a saving knowledge of Jesus Christ through her example.