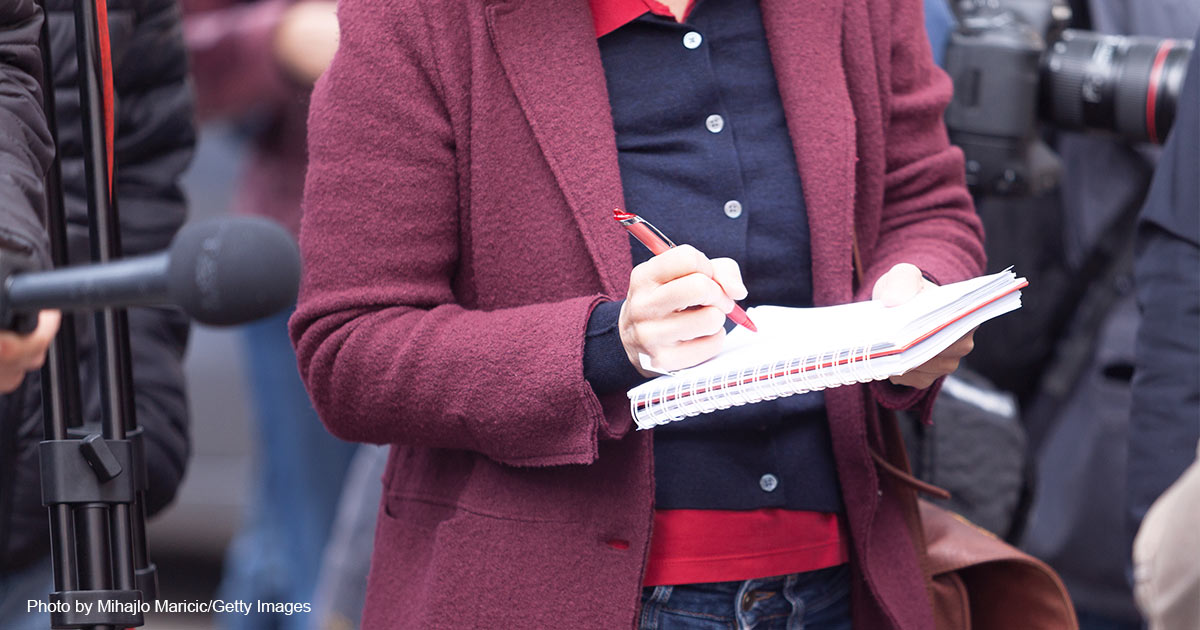 The Media and Abortion

Sometimes a headline says it all. Just consider, say, the new House Republican majority’s passage of a measure to protect children who have been born alive after a botched abortion. Here are a few from some of the nation’s largest media outlets:

From these and similar headlines, one gets the sense that the GOP is engaging in a ruthless effort to destroy something noble and lovely. For example, the phrase, “use new majority” sounds almost sinister. And “subject some abortion doctors to prosecution?” But if these doctors let a baby die, would prosecution be a bad thing? Even more — what about the helpless little one laying on the operatory table?

Missing from these headlines is any acknowledgment that sustaining the baby who somehow survived the surgeon’s knife might be the most obviously decent thing imaginable.

In another story this week, National Public Radio — which in November 2022 actually broadcast the sound of a woman undergoing an abortion — ran a report that opened with this line: “Since the Supreme Court eliminated the constitutional right to an abortion …” This phrase is so fraught with error that, when I heard it, it stopped me for a few seconds.

First, the Supreme Court cannot eliminate a constitutional right. The court has no authority to amend or edit the Constitution. Are the reporters and editors at NPR so enmeshed in their groupthink that they are unaware of the intrinsic ignorance displayed in this phrasing?

Second, there is no constitutional right to abortion. Even some of elective abortion’s most staunch defenders admit this. Yet the major media’s abortion absolutism marches forward, unimpeded by the Constitution, the science of unborn life, the temper of a very divided American electorate, or serious consideration of the pro-life position.

Of course, there are exceptions to the media’s generally pro-abortion stance. But the pro-life perspectives that checker the major secular press’s coverage of abortion stand out like tiny diamonds on a vast sea of black velvet, noticeable not just because of their beauty but also their rarity.

Some of the media’s prejudicial approach to the pro-life movement arises from simple unfamiliarity with its arguments. Watch this interview by CNN’s Brianna Keilar of Mallory Carroll of the Susan B. Anthony List. Keilar seems taken aback by Carroll’s reasoned, gracious, and thorough responses to Keilar’s questions. Either the reporter was unaware of some of the principles and facts we pro-lifers take for granted or she was surprised that a pro-life woman (Carroll) could be so articulate and compelling — or both.

A major study published by a group of academics in 2020 reported that “U.S. political journalists are overwhelmingly liberal. Of the journalists who responded to our survey, 78 percent said that they identified with or leaned toward a certain party/ideology. Of those who did say they identified with a political party, 8 in 10 said they were liberal/Democrats.” Although this same study claims that such liberalism did not affect most reporting, that stretches the bounds of common sense. While left-of-center journalists might not be aware of their own bias, to claim that such bias does not influence the content and tone of their reportage implies a measure of intellectual and moral neutrality unknown in human history.

Taken together, these two data points seem to indicate that perhaps the most vulnerable women — unmarried women of color — are subject to predation by an abortion industry that employs compassion as a cover for profit. According to IBISWorld, a respected business research firm, the “family planning and abortion clinics” industry had $3.7 billion in revenue in 2022. This does not include the profits such corporate giants as Johnson & Johnson, Pfizer, Bayer, and Novartis generate from the sale of abortion-producing drugs.

An enterprising reporter might find the above matters disturbing enough to dig deeper into them. Such exposés are lacking, though, because of the pro-abortion narrative that grips the major media and its allies in the smaller but influential world of “big think” magazines.

We all make assumptions and hold our own sets of convictions. Yet to accept them uncritically and dismiss those who don’t share them as fools or bigots is a supreme kind of arrogant ignorance. Lest we are quick to cast stones at those in the media who are like this, let’s remember that it is only God’s grace that keeps disciples of Jesus from the same trap. We should work to bring the pro-life message to the secular press with kindness and confidence, knowing that God can use it to reshape hearts and minds. That’s an exciting prospect as we continue to advance the cause of life this year and always.