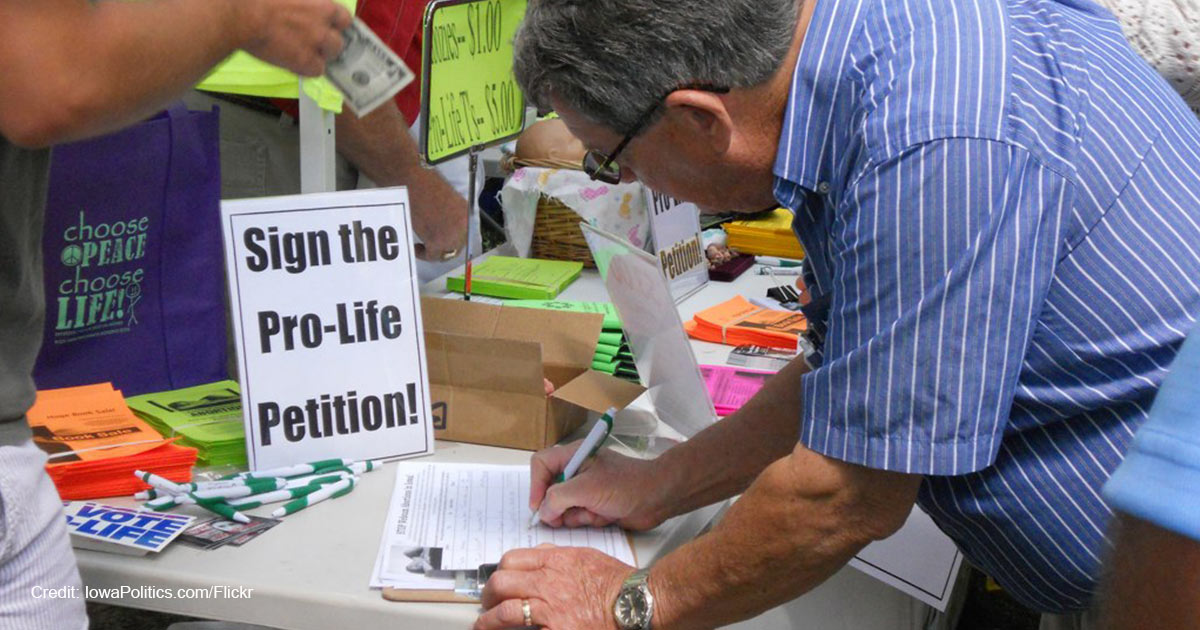 The Pro-life Movement Just Landed on Your Doorstep! Are You Prepared for the Fight ahead?

For 49 years, average citizens have voluntarily enlisted in a national battle over an issue that should have been fought at the state level but was stolen from their duly elected legislators by the Supreme Court in 1973.

With the Roe v. Wade decision by the Supreme Court a half-century ago, millions of citizens were denied the right to a democratic process which would have allowed local representatives to research the facts, hear from their constituents, and debate an issue that directly affected every citizen on a very personal level. As listed in the Declaration of Independence, the first right clearly protected and seen as “self-evident” and with which we have been “endowed by” our “Creator” is the right to life.

For almost two centuries, this was universally understood as applying to both born and unborn. As Neal Hardin writes in his article, “Roe v. Wade Has Been Overturned. What Happens Now?” for Alliance Defending Freedom, “Roe created a national rule on abortion, removing policy decisions on abortion from state legislatures and the citizens they serve. Now, policies regulating abortion are returned to the states.”

So is abortion now illegal in America? Is the battle to protect life won at long last? Far from it! Although the June 24 Supreme Court decision in Dobbs clearly states that its 1973 decision was in error, and that there is no constitutional right to abortion, the fight for the right to life now moves to the states … and to you!

Be forewarned: The pro-abortion crowd is not done. They will not rest. They are well-funded and well-entrenched in our schools, curriculums, health care providers, and the media. Those who want to see abortion restored as a “health care right” have laid a foundation of misleading, false information and antiquated arguments that appeal to the basest human desire to live without consequences. According to the Guttmacher Institute, although less than 1% of abortions are carried out due to rape and .5% are a result of incest, as Alia Dastagir wrote for USA Today in 2019, “… the battle over exceptions for both has garnered outsized attention in the national abortion debate.”

The pro-abortion crowd now says that they have no need for the “exceptions” because they have won the debate on the “right” to abortion. In fact, in 2019, 74% of women who had an abortion cited their reason for an abortion as “having a baby would change my life too dramatically right now.” Another 73% of women cited “not being able to afford the cost of a baby” as their reason for choosing to abort.

According to Gallup, 80% of Americans still believe that abortion should be legal during the first trimester, and yet it has been a long-established scientific fact that the heartbeat of a pre-born child is detectable around or even before the sixth week of life in the womb, and many other life-giving aspects of existence are present in those first weeks of pre-born life as well. All of these facts have been suppressed by media and those who wish to drive the narrative of a so-called “right to abortion.”

But one of the most blatant scientific denials came just last week with a statement by Georgia’s Democratic candidate for governor and longtime state legislator, Stacey Abrams. In a video published on Twitter, she states that, “There is no such things as a heartbeat at six weeks. It is a manufactured sound designed to convince people that men have the right to take control of a woman’s body.”

Twisted? Politically motivated? Yes and yes! Using that logic, anyone born without fully functioning organs may be considered disposable too! Where does it end?

The Supreme Court handed down a huge victory for life, and we must celebrate that! But in the fight to create a culture of life in America, where do we go from here?

For almost five decades, pro-life voters have been dedicated to making sure that they vote for “pro-life” candidates, but as we have seen in legislatures across the country already this year, a politician who checks the box as “pro-life” on a form can quickly fold to the intense pressures of public scrutiny, especially when the woke Left has been carefully and methodically ignoring science and twisting facts in school curriculums, health care practices, and the media.

The fact is, the battle to create a culture for life is far from over, and it is no longer considered a majority federal issue, with limited power on the state level to regulate. Each state must decide the issue for itself — and that’s where you come in!

It is no longer enough to hear a politician claim to be “pro-life.” We must dig deeper — and to do that, we must arm ourselves with the science that is readily available to us! The facts are on our side, more powerfully than ever before. The Mayo Clinic, Johns Hopkins researchers, modern technology, and many other health care professionals all openly acknowledge the existence of everything needed to be human by an embryo in the womb almost from the moment of conception.

You may not be a scientist or a health care professional or even claim to know anything about prenatal life, but with access to so many resources, you will find a wealth of material exists for you to access. And as a pro-life voter, you will need to be armed with information in order to ask thorough questions of those seeking to represent you on the state level.

In fact, even those who run for local offices like city councils, county councils, commissioners, and other positions usually stand a chance of running for higher office eventually. So why not vet them thoroughly on this issue as well? After all, many city and county councils have passed safe haven ordinances and sanctuary for the unborn statutes, creating a culture of life in their cities and counties. That is how the fight for the right to life has come to your front door. That is why you must be familiar with some of the science that proves that life begins in the womb and must be protected.

For almost 50 years, millions of pro-life advocates, made up of a majority of young people, have marched in the “March for Life” in Washington, D.C. They marched in the bitter cold of January every year, faithfully and respectfully asking for their rights to equal representation on an issue that affects each and every citizen to be restored. The movement has made great strides, but it has faced almost overwhelming opposition from well-funded elites who support giant abortion businesses like Planned Parenthood. Even now, the deceptive teachings of “my body my choice” and “body autonomy” and “a woman’s right to choose” are ingrained in our society. It has taken the abortionists and their elite financiers decades to reprogram the culture.

It is now up to every citizen who values life and cares for women to step up and take action, know the facts, speak out, and question every candidate who runs for office about their stance on abortion. It is no longer enough for candidates to claim to be pro-life.

When researching candidates for office, consider asking the following questions: Have they taken action to prove their pro-life stance? Do they believe in any exceptions to allow for abortion? If they support exceptions, will they enforce accountability measures requiring health care providers to prove that the exceptions were factual? Will they support life-affirming curriculum, educational efforts, informational campaigns, and pregnancy resource centers in your state? Will they support efforts to create a culture of life in your state, your district, and your community? Will they show compassion and care for women in need of help? Will they encourage better access to affordable adoptions? Will they address the terrible problems in our foster care system? Will they champion the rights of religious health care institutions and providers?

The fight for life is no longer on the congressional or federal level. We might see more fights taken to the courts — but for now, as a pro-life American, you have your work cut out of you! The fight is at your door. Are you ready to take action by helping at your local pregnancy resource center or donating to pro-life ministries? Have you talked to your own children about the issue? The facts and science are on your side. Use them!