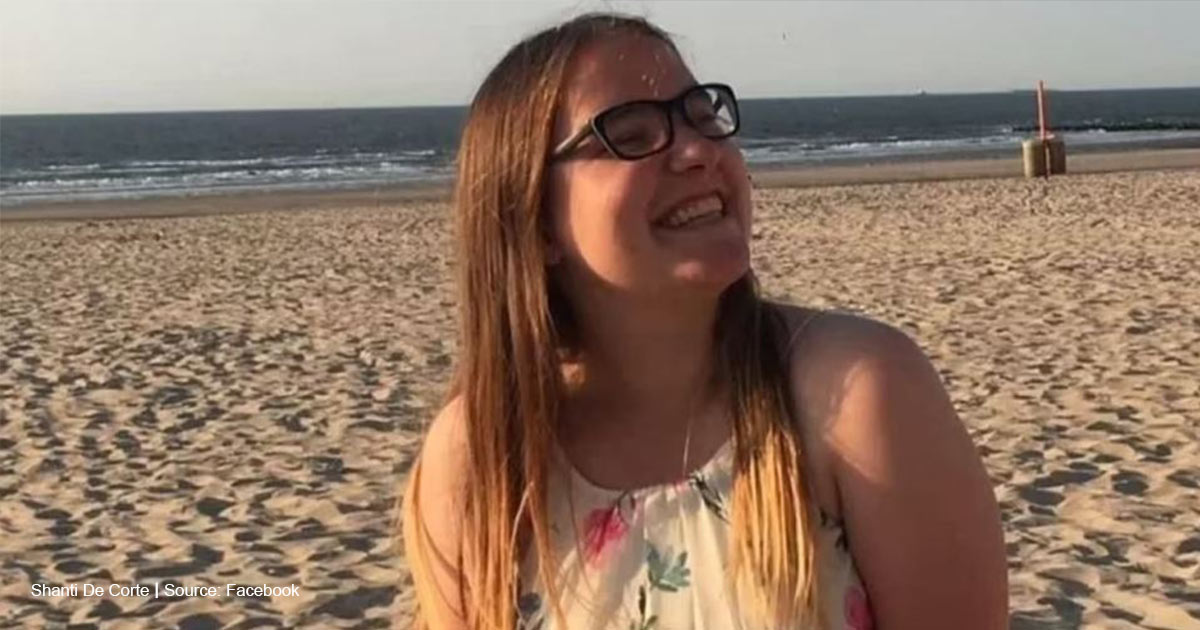 This Young Woman Survived an ISIS Attack. Then She Was Euthanized in Belgium.

Seventeen-year-old Shanti De Corte was waiting to board a plane headed to Italy for a school trip in 2016 when an explosion went off in the Brussels Zaventem Airport. Parts of the airport filled with smoke and panicked people started running before a second bomb went off a few minutes later. Thirty-two people were killed in the airport and the corresponding attack at a metro station that day, both claimed by ISIS. Earlier this year, the then-23-year-old chose to commit suicide through euthanasia. This controversial case in Belgium is sparking well-deserved increased scrutiny on the country’s euthanasia law.

Though she did not sustain any physical injuries, the trauma of the Brussels terror attack event proved too emotionally difficult for her. De Corte had previously been admitted to a psychiatric hospital before the attack and had battled a few bouts of depression, which intensified in 2020. She eventually requested to be euthanized, citing a mental health problem. Initially, doctors denied this request. When De Corte approached a pro-euthanasia activist group, they helped her find two psychiatrists who signed off on her request to die. She was euthanized on May 7, 2022.

De Corte’s parents supported her request to be euthanized. Her mother Marielle told The Daily Mail, “It was Shanti’s wish. I am convinced she is at peace now. It brings us comfort, makes it more bearable, to know that it is what she wanted.” Yet, De Corte’s suicide has disturbed many, including neurologist Paul Deltenre who argued that physicians had failed to explore all of De Corte’s treatment options.

Belgium has one of the most liberal euthanasia laws in the world. Someone may legally request to be euthanized if they are “in a medically futile condition of constant and unbearable physical or mental suffering that cannot be alleviated, resulting from a serious and incurable disorder caused by illness or accident.” A 2015 article from The New Yorker exposes the ever-expanding list of ailments for which physicians in Belgium will allow euthanasia, including autism, anorexia, chronic-fatigue syndrome, blindness coupled with deafness, manic depression, and what the chairman of Belgium’s Federal Control and Evaluation Commission, Wim Distelmans, calls being “tired of life.”

With such broad justifications, Belgium’s skyrocketing euthanasia numbers should come as no surprise. More than 27,000 people have died from euthanasia in Belgium since it was legalized in 2002. In 2021, it was estimated that nearly one-in-five people euthanized were not likely to die naturally in the immediate future.

Research from ADF International indicates that “where euthanasia and assisted suicide are legalized, the number of people euthanized, and the number of qualifying conditions increase with no logical stopping point.” They point to Belgium as an example. In 2014, Belgium’s euthanasia law was expanded to include children without any age limit as long as they have parental consent. In 2020, the law was further amended again to eliminate conscience protections for physicians who don’t want to practice or refer patients who seek to be euthanized and normalize euthanasia as a medical procedure.

Activists fighting for the expansion of euthanasia and assisted suicide often push the narrative that these premature killings offer “death with dignity” to suffering patients. But hardships in life and health do not strip people of dignity. Indeed, when a government agrees with the false notion that someone is better off dead and helps facilitate their death, that does grievously violate one’s human dignity.

Deputy Director of ADF International Robert Clarke argues that when a government legalizes euthanasia, it sends a deeply damaging message to its citizens. He writes, “It says that at some point, a life is just no longer worth living. It speaks of lethal fatalism instead of hope to people who are struggling.” To give up on the futures of those who might be persuaded to give up on themselves will never be the answer. Instead, we must love people well by providing everyone with the best medical care, emotional and spiritual resources, and community support possible until their lives come to natural ends.

Sadly, rather than affirm the value of De Corte’s life, Belgium aided ISIS’s goal on that fateful day in 2016 by ending the life of this young women who initially survived their brutal attack. As De Corte’s story hits the news in Europe, it should be a wake-up call for all of us. The legalization of euthanasia and assisted suicide is an ugly assault on human dignity for the most vulnerable — one that must be uprooted. Tragic stories like that of Shanti De Corte ought to renew our resolve to embrace our neighbors who might be hurting and remind them that life is worth living.