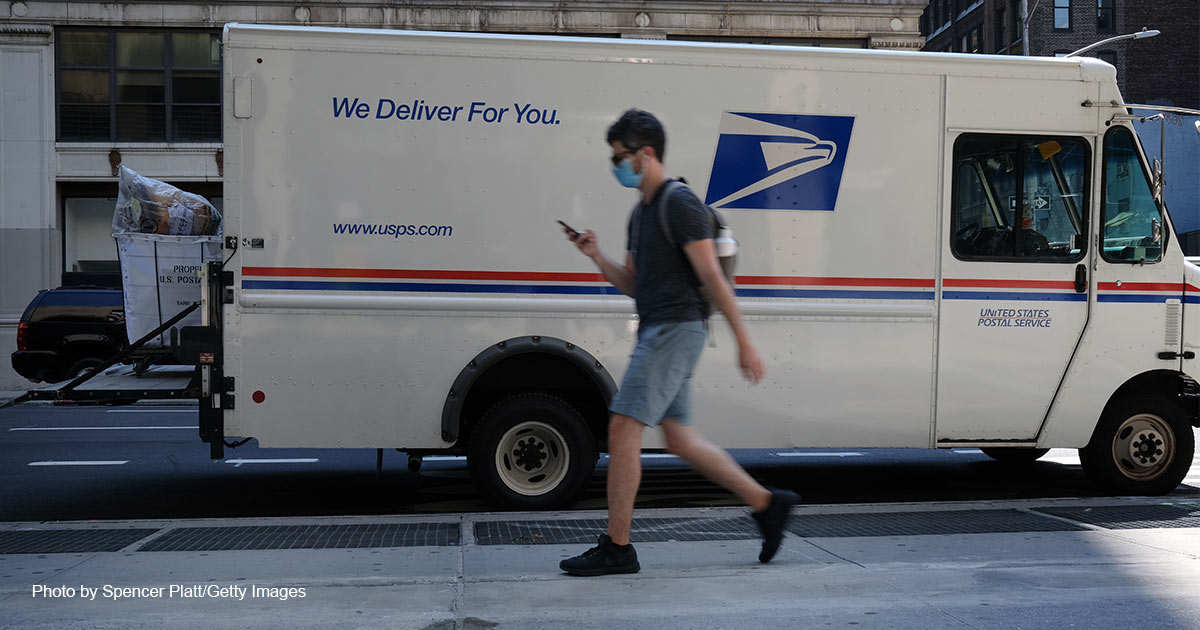 Few places embody America’s pluralistic ideal better than Lancaster, Pennsylvania, the Amish heartland, where the religious sect known for its uncompromising way of life coexists side-by-side with a broad spectrum of modern American beliefs and sentiments. Yet, in a strange twist, this richly tolerant farm country is the setting for the latest case of the federal government’s persistent incomprehension of Christianity.

Former U.S. Postal Service employee Gerald Groff resigned his position in January 2019 and sued for discrimination because of his firm conviction against working on Sunday, the Christian Sabbath. After losing in the Eastern District of Pennsylvania in 2021, and then in the Court of Appeals for the Third Circuit in 2022, he and his lawyers at First Liberty Institute appealed last week to the Supreme Court, asking the court to overturn a 1977 precedent that they argue “gutted” Title VII’s protections for religious accommodations in employment “in dicta utterly divorced from the statutory text.”

The Third Circuit explained that Groff was a rural carrier associate (RCA), an entry-level position that covered for career employees and was scheduled to work at varying hours. When he was first hired in 2012, USPS delivered no packages on Sunday from his rural office. When that changed due to an agreement USPS made with Amazon, Groff sought an exemption from working on Sunday. At first, his supervisor agreed but later said it was no longer possible. In response, Groff transferred to a different office where he could observe the Sabbath. But eventually, USPS required rural mail carriers to deliver packages everywhere. Groff was scheduled to work on Sundays over his objections, and he simply refused to do so, on at least 24 occasions, despite pressure from both his coworkers and his superiors.

“Solely by virtue of Groff not reporting for work on Sundays,” he faced “progressive discipline,” explained the court. “Aside from attendance, Groff otherwise had an excellent performance as an RCA, being a good and efficient employee.”

Much of the case hinges on what the postal service was required to offer Groff as a reasonable accommodation, and on how much that could burden the postal service. The Third Circuit summarized the facts on the first issue:

Management suggested all the following accommodations to Groff: If he was scheduled on a Sunday, he could take another day that week entirely off from work as a day of worship or he could come in later on a Sunday, after church. Management also suggested that it would contact other stations to attempt to find coverage for Groff when he was scheduled on a Sunday, and if coverage was found, Groff would be excused. (Id. at ¶ 22.) Groff was also permitted to find his own coverage for Sundays that he was assigned to work. (Hess Dep. at 122, 126, ECF No. 36, Ex. F.)

To the postal service managers and their lawyers, these four accommodations seemed reasonable enough. But for a Sabbatarian Christian, all four offer no accommodation at all. The third and fourth options simply amount to attempts at shift-swapping, which Groff argued was not acceptable, because “if another employee does not take Groff's Sunday shift, he is not accommodated.”

The second option would allow Groff to shift his hours to begin work after church. This accommodation would satisfy some evangelical Christians, who believe they should regularly meet together on Sundays with other believers, as long as they have no rigid objection to working on Sundays, period. While I don’t know his precise beliefs, Groff has such an objection, as classically set forth in the Presbyterian 1647 Westminster Confession of Faith (and the nearly-identical 1689 London Baptist Confession of Faith):

This Sabbath is then kept holy unto the Lord, when men … not only observe a holy rest all the day from their own works, words, and thoughts, about their worldly employments and recreations; but also are taken up the whole time in the public and private exercises of his worship, and in the duties of necessity and mercy.

The Christian Sabbath isn’t about going to church. It’s about making the day holy to the Lord. Abstaining from “worldly employments” is an explicit part of doing so. This observance takes up “the whole time” of “all the day.” To compromise on that, for a Sabbatarian, is to offend God by violating his day.

The first option suggested, to select another day in the week as a day of worship, is even more absurd to a Sabbatarian. “The acceptable way of worshipping the true God is instituted by himself, and so limited to his own revealed will, that he may not be worshipped according to the imaginations and devices of men,” says the Westminster Confession. “In his Word, by a positive, moral, and perpetual commandment, binding all men in all ages, [God] hath particularly appointed one day in seven for a Sabbath … the first day of the week, which in Scripture is called the Lord’s day, and is to be continued to the end of the world, as the Christian Sabbath.”

The very doctrine that requires Christians to abstain from work on Sunday also prohibits them from exchanging it with a random day of their own choosing. For the postal service to even fancy that this suggestion would be acceptable shows a fundamental misunderstanding of why some Christians strongly believe it’s sinful to work on Sundays.

Yet the Third Circuit found that “Defendant offered Groff reasonable accommodations,” explaining, “Groff was not happy with these accommodations, but that does not make them unreasonable.” Groff was more than unhappy with the accommodations; he flatly refused them all, because all of them required him to work on Sunday, thus violating his religious objection to working on Sunday. In all other respects an ideal employee, he chose professional discipline over violating this belief.

The second issue in the case is whether making a religious accommodation for Groff places an undue burden on the employer — in this case, the U.S. Postal Service. The Third Circuit relied heavily on a 1977 case, Trans World Airlines, (TWA) Inc. v. Hardison, which created a standard for interpretation that allowed employers to deny religious accommodations that imposed “more than a de minimis cost” — legal jargon for very insignificant. The appeal argued that this was not the intent of Title VII, which “mandated that employers must reasonably accommodate employees’ religious practices unless doing so would inflict an ‘undue hardship on the conduct of the employer’s business.’”

Based on Hardison and other precedents, the Third Circuit found that there were plenty of burdens — excuses — for the postal service to deny Groff’s claim. For one thing, other employees would have to work those Sunday shifts. On appeal, Groff asked the Supreme Court to consider “whether an employer may demonstrate ‘undue hardship on the conduct of the employer’s business’ under Title VII merely by showing that the requested accommodation burdens the employee’s co-workers rather than the business itself.” The commonsense answer would seem to be “no.”

This seems to indicate a deeper issue roiling the waters at USPS: a structural bias against Christian employees. “Most career employees who are mail carriers began their USPS employment as a noncareer employee. An RCA is one such non-career position,” explained the Third Circuit. But all RCAs are now required to work on Sundays. “It would have been futile for Groff to have transferred to any other post office as an RCA because all RCAs must be available to deliver for Amazon deliveries on Sundays,” they added. This effectively disinvites all Christians with Sabbatarian convictions from applying for this entry-level position, which is one avenue to becoming a career employee with the postal service.

Are there other ways to become a postal employee? Probably. Do all of them prohibit Sabbatarian Christians with a work-on-Sunday requirement? Possibly not. But this does seem like a structural obstacle denying certain people the opportunity a potential career at USPS, based solely upon their religious convictions.

The Third Circuit noted that all Groff’s supervisors “deny discriminating against, retaliating against, or treating Groff any differently because of his religion or his religious objection to working on Sundays.” Besides the patent falsehood of this claim (because they disciplined him for acting upon his religious convictions), I’m sure they didn’t think that they were discriminating against him. But the effect of their actions, along with USPS policies and contracts, add up to an anti-Christian bias.

Will the Supreme Court take up the appeal? It’s possible. The Third Circuit does point to a circuit split on the religious accommodation question, with multiple circuits ruling on each side. The appeal also notes that Justices Clarence Thomas, Samuel Alito, and Neil Gorsuch have all called for revisiting the “de minimis” standard from Hardison. They urge, “this case presents that opportunity.”