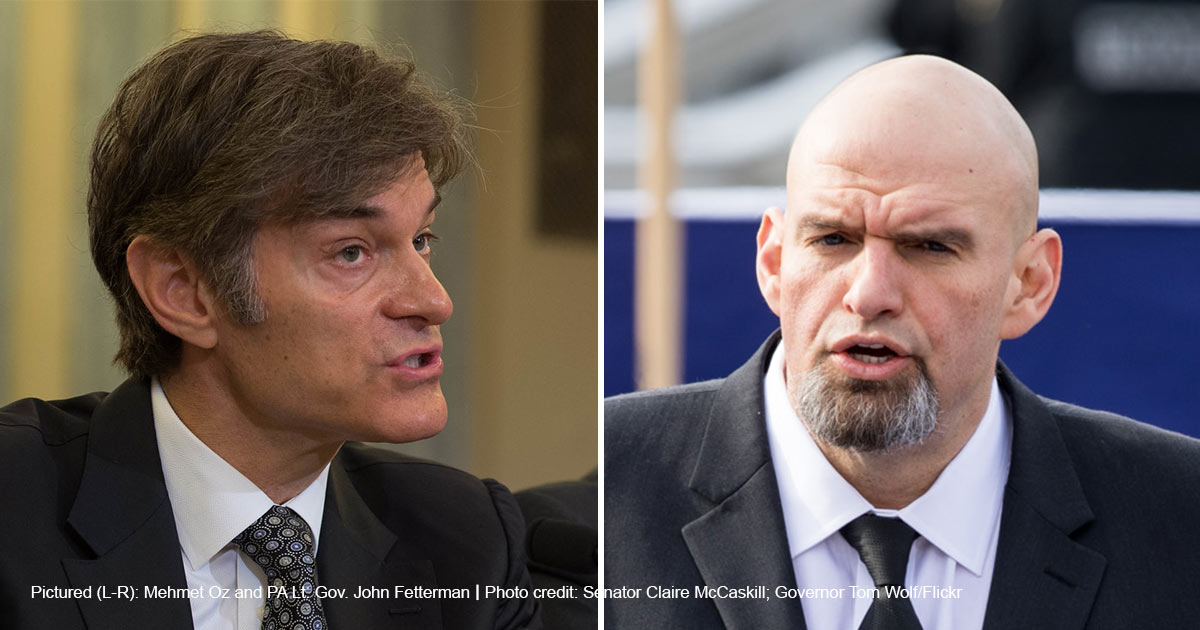 What John Fetterman Teaches Us about Why We Vote

Only days before the midterm elections in which control of the U.S. House and Senate will be decided, every race matters. One race that could determine control of the Senate is in Pennsylvania where voters will choose between Democrat John Fetterman and Republican Mehmet Oz to replace retiring Republican Pat Toomey.

While this race contains the usual fights over the minimum wage, abortion, and energy policy, discussions over Mr. Fetterman’s health have taken center stage following a stroke he suffered around the same time he became the Democrat’s nominee.

A recent debate highlighted the physical challenges Fetterman continues to face. The first words out of his mouth were “Hi. Goodnight, everybody” and his answers throughout the evening indicated that speaking continues to be a challenge. Days before the debate, NBC news reporter Dasha Burns had a sit-down interview with Fetterman and reported that the candidate “had a hard time understanding” the conversation and required closed captioning for the interview so he could read the questions being asked.

Supporters of Fetterman have said that criticism of his mental capacities is “ableism.” Peter Berns, CEO of a disability rights organization called The Arc of the United States, told Salon Magazine that “People with disabilities are far too often judged because of their differences and underestimated for their abilities, which is why we see so few elected officials with disabilities.”

This is likely true, and we should consider the extent to which we miss the unique contributions we could receive from some in our community because they also have unique challenges.

Still, physical limitations can be disqualifying. Blind people cannot be Uber drivers and those with limited motor skills should not be surgeons. It’s also true that terms like “ableism,” “racism,” and “sexism” are often used to stop conversations rather than further them. But the discussion about Mr. Fetterman’s physical condition also forces us to consider what we expect from those we elect.

Do we vote for our preferred candidate to be brilliant in legislative committees, persuasive with colleagues, and competent to understand complicated pieces of legislation — or do we vote for them because of how we believe they will vote?

Neither President Trump nor President Biden will be winning any oratory competitions, but they still have supporters because of what they do with their power. Seven current members of the U.S. Senate are in their 80s and at least one, California Senator Diane Feinstein (D), who is 89 years old, has been rumored to be suffering from cognitive decline. It’s difficult to imagine that a verbally challenged John Fetterman would be less qualified.

The truth is, most of the debate over Mr. Fetterman’s physical capacity is just politicking. If the shoe were on the other foot and Republican Dr. Oz was experiencing complications from a stroke, Democrats would be expressing serious — if not empathic — concern about his ability to execute his duties while Republicans would be arguing with conviction that good speech and good judgment are not the same. At the end of the day, both sides just want to win the election and are largely willing to do what is required. But is that a characteristic unique to the hated political class or a reflection of the voters as well?

In general, those who supported Mr. Fetterman before he had a stroke will still vote for him, and those who opposed Mr. Fetterman are still opposed to him. For them, his skill as a wordsmith has little to do with it. A few who are affected by the mood and pageantry of political campaigns may be affected, but not most. This simply highlights the fact that, given the choice, most Americans would vote for a mute, blind, paraplegic person they knew would vote the way they preferred over a Rhodes Scholar and Olympian who will not. In a hyper-politicized world, this much seems clear. What is less clear is whether this is a strength of those committed to principle or a weakness of those who care only about victory for their tribe.