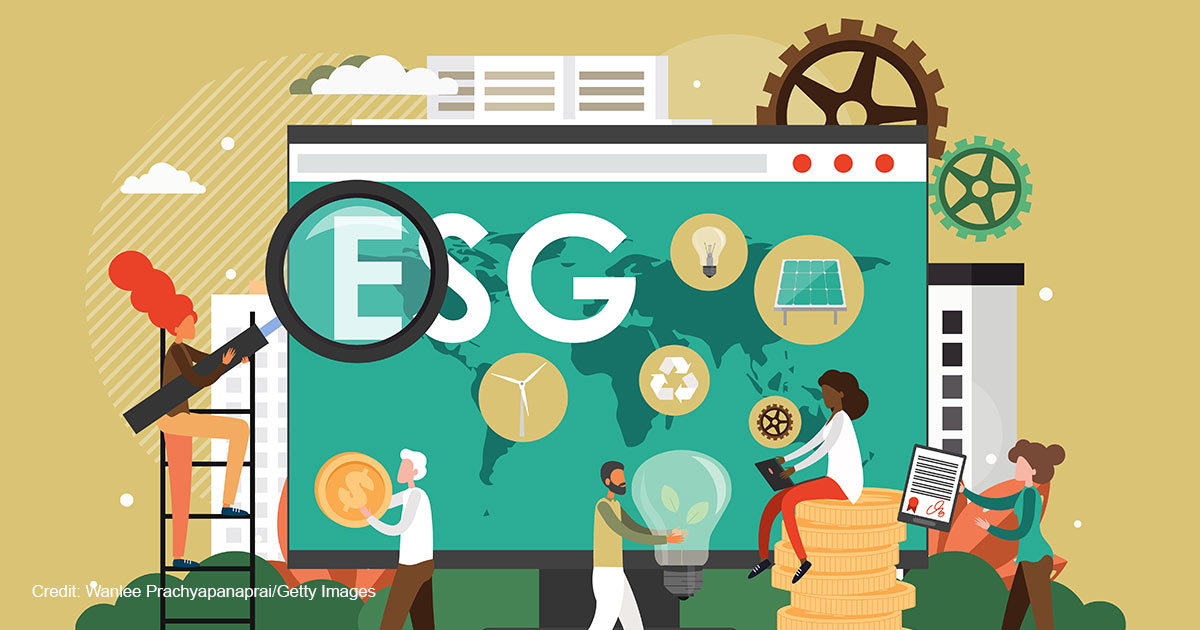 Who Do the ‘Inclusionists’ Exclude? How the EU Is Undermining American Businesses

In the spring of 2022, the European Union’s (EU) governing body, the European Council, adopted the Corporate Sustainability Reporting Directive (CSRD). This law continues a rising trend in business regulation that sounds quite positive at first but has disastrous results in the end. It will be more of the same big money players wielding greater power and picking winners and losers. The new EU directive is a foundational ESG (Environmental, Social, and Governance) law which implements the rigid tenants and social rules that are becoming basic requirements for any business that wants to succeed.

The initial goal at the United Nations Millennium Summit of 2000 was good, in theory. Attendees agreed that instead of focusing only on profits, the global business community should be incentivized to take a pro-active role in bettering society and giving back. The response from global business was very positive, and the effort to give back became a staple for best practices. The philanthropic efforts made by businesses even became a marketing strategy for companies and firms with their investors and customers.

However, according to the global sustainability and inclusion movements, the efforts did not go far enough. As Kimberly Josephson writes in a recent article for the American Institute for Economic Research, “Corporate Social Responsibility (CSR) is no longer about giving back or even paying it forward — it is about engagement with social issues — and this is now expected of all firms. The pressure to ‘do good’ is not only based on reputational concerns from private actors, but derived from a broader, more politically charged global movement.”

I would argue that the movements of inclusion and sustainability are one in the same. They have both begun to dictate the new list of strict rules and societal acceptance being pushed globally, and the irony is that they both tend to result in exclusionist behavior.

It is staggering that the very nature of a movement that claims to include everyone and does not lend itself to rules and definitions, is deciding who will be excluded by creating a global set of rules. If you disagree with one or more of the tenants or rules of the inclusion movement, shouldn’t you still be included? If it is a fact that the environment is at risk of destruction, why would those who depend on it need to be threatened to protect it?

Those who embrace the inclusion movement claim to believe in a “live and let live” philosophy until it comes to the new global moral absolutes. If you don’t accept these tenants, you will be excluded. Their version of utopia will require strict adherence to their rules and doctrines and harsh consequences for non-compliance.

Thus, in the name of saving the planet and re-defining social equity, ESG standards are being rapidly adopted and enforced across the world. There are billionaires, political figures, Big Tech moguls, and educational elites who promote this new philosophy — and they are not only pushing America toward ESG laws, but they are pushing the unquestioning acceptance of things like Synthetic Sex Identity, Social Emotional Learning curricula, and critical race theory in our schools and universities, diversity mandates in our businesses, and a new branch of gender health care practices across the world.

The Green New Deal was an attempt to implement the same type of policies. These ESG-based laws are the latest iteration in a long line of U.N. global agreements, including the 2006 Principles for Responsible Investment and the 2015 Sustainable Development Goals which were signed by many leading nations.

The new 2022 U.N. Corporate Sustainability Reporting Directive establishes strict requirements for large companies to publish regular, public, digital reports documenting their corporate efforts to improve sustainability for the environment as well as proof of their social impact activities. As Reuters reported in February, “The EU law requires certain large companies to disclose information on the way they operate and manage social and environmental challenges.” And if they don’t? Investors will be told, and the company will be summarily punished for their corporate failings by public denouncements, negative press reports, and loss of financial support.

This brings up some important questions we should all be asking our leaders:

Once mandated, good works no longer come from a pure motivation to give back or “be a good neighbor.” Doesn’t the fear of exclusion and financial ruin defeat the very essence of the inclusion movement? As Josephson describes it in her article, “The adoption of ESG standards… is truly problematic given that value and virtue are difficult to measure and there will always be tradeoffs.”

The fact is, there’s a new kind of religion emerging across the globe — with a new generation of devoted disciples who will go to any length to accomplish their objectives. They can be found in all walks of life, religions, and social stations — from billionaire moguls to elementary school teachers to philanthropic organizations and Big Tech executives. They have donated large sums of money to political parties and elected leaders in return for securing exclusive government contracts. They have infused school curriculums and lesson plans with the radical ideology of the global inclusionists. They have bought favor with higher education by giving exorbitant donations to specific education departments for the study and promotion of their priorities.

Large endowments to medical institutions and health care providers also give standing to the leaders of the new movement. They support, celebrate, and subsidize the experimental use of drugs and invasive procedures on vulnerable young people who are simply going through what used to be considered the normal “rapids” of adolescence. They encourage children to make health decisions without their parents’ knowledge or consent, and they plant seeds of distrust in the minds of children against their parents. It is normal for children to have conflicts with their parents, but then again, have our children been given the chance to be normal?

Slowly, over the past few decades, the doctrines of these movements have become the pervading philosophy now guiding and permeating a variety of sectors across the world. The last time a single faith held such societal, educational, and governmental sway over most of the population, the world was thrown into a centuries long era known as the Dark Ages.

With the passage of new ESG laws and the aggressive push to indoctrinate children with a radical leftist agenda, we are waking up to realize that the feel-good movement and its principles of “anything goes” and “you do you” only apply to those who hold acceptable views. Believe any number of other views held by the vast majority of mankind for the past few millennia, and the inclusionists will shake their head, raise a fist in protest, threaten your business or relegate you to the ranks of an Old Testament leper.

What ever happened to being willing to agree to disagree and walk away with respect for one another? What happened to letting the free-market work or allowing science and facts to win the day?

If consumers want to prioritize good stewardship of the environment, they will support businesses that have the same philosophy. Dictating “good deeds” or mandating acceptance of a single school of thought by government force, has never worked.

We have fought too long and too hard for a free society to allow ourselves to return to an age of government suppression and political intimidation. In a world where your company is judged, not by its success to provide good paying jobs and a quality product, but by its impact on a pre-approved list of social, environmental, and political issues, there is no more room to agree to disagree. You will comply or be excluded. You have been warned.