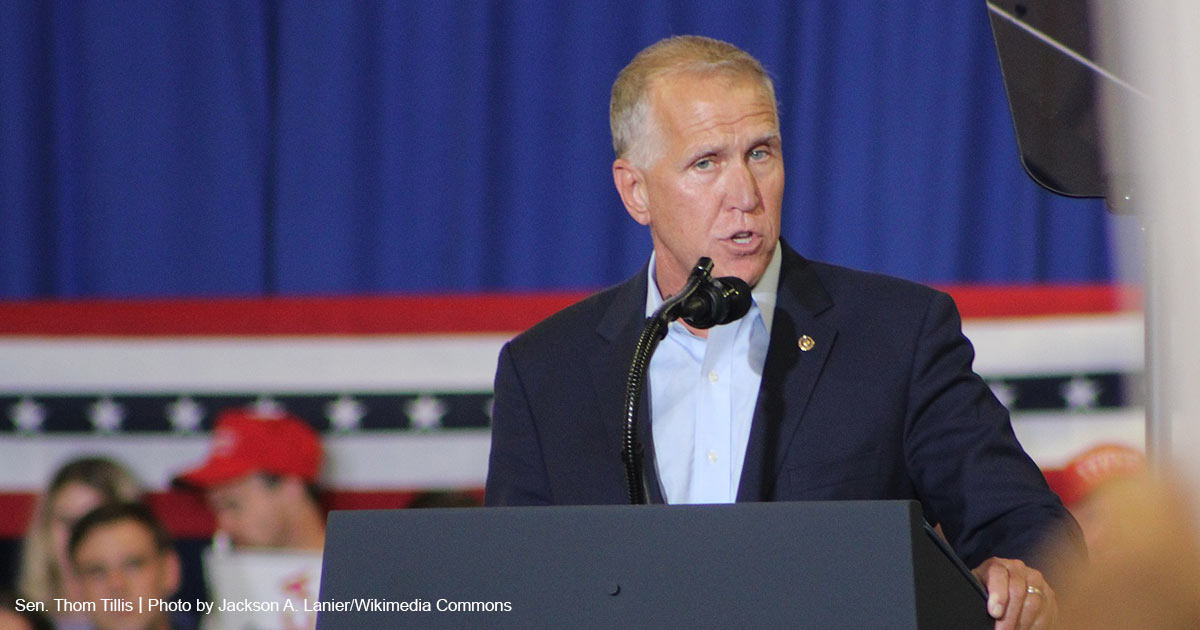 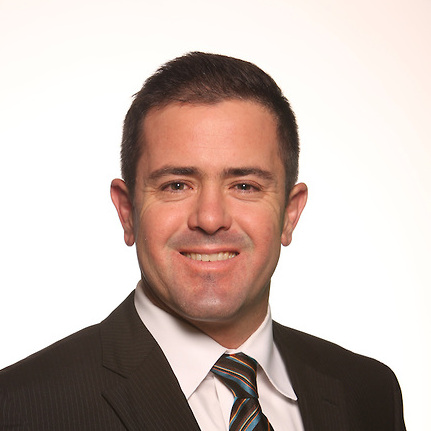 In a recent letter, Senator Thom Tillis (R-N.C.) attempted to defend his stance that the Respect for Marriage Act protects religious liberty.

Here’s why he is wrong, with our reply in bold italics in response to the text of his letter.

Thank you for taking the time to contact me about H.R. 8404, the Respect for Marriage Act. I appreciate hearing from you.

The Senate recently passed the Respect for Marriage Act, and I worked to secure a bipartisan compromise to protect the religious freedoms of churches and religious organizations.

The legislation would provide more certainty for same-sex couples, and at the same time, it ensures that churches are not required to perform or celebrate same-sex marriages…

Irrelevant! Churches are not the primary victims right now; other organizations and individuals are. All the post-Obergefell litigation involves individuals, small businesses, and organizations living out their faith. No one is going after churches right now. Yet all of these other entities are not protected by the bill.

… and that religious organizations do not lose their tax-exempt status for holding a more traditional view of marriage.

The bill doesn’t outright protect against the loss of tax-exempt status; it only instructs for how the bill should be interpreted. This leaves the door open for revocation of tax-exempt status, and the bill authors could have specifically protected these entities but chose not to.

Why participate in the Respect for Marriage Act negotiations?

In 2015, the Supreme Court of the United States (SCOTUS) held in Obergefell v. Hodges that States must issue marriage licenses to same-sex couples. However, SCOTUS did not address the legal impact of Obergefell on religious institutions and nonprofits, leaving that legal question open. A key reason why I worked to amend the Respect for Marriage Act was to ensure that federal law expressly acknowledges that people of good faith could disagree about marriage, and that federal law protects religious institutions and nonprofits from being forced to violate their beliefs. A bipartisan amendment I helped negotiate will ensure robust protections for churches and religious organizations protections that are more robust and expansive than what currently exists in federal law.

These protections are not “robust.” This is only “more robust” than what is in federal law because Congress has refused — usually because of Democrat opposition — to protect religious freedom! But the fact that religious freedom hasn’t been protected should have been reason for Republicans to take a tougher negotiating stance, not capitulate to these weak protections!

For instance, the First Amendment Defense Act (much of which is included in Senator Mike Lee’s, R-Utah, defeated amendment to the Respect for Marriage Act) has not passed Congress as a stand-alone bill since Obergefell was decided. If Republicans had taken a stand and insisted Lee’s amendment be included as a condition of their support, they could have forced much stronger religious liberty protections into the bill.

Mississippi’s Protecting Freedom of Conscience from Government Discrimination Act is also an example of “robust” protections that we could have enacted. This bill is a far cry from that.

What religious protections does this legislation provide?

Under Section 6, the Respect for Marriage Act will protect all religious liberty and conscience protections available under the Constitution or Federal law, including but not limited to the Religious Freedom Restoration Act, and forbids this bill from being used to diminish or repeal any such protection.

As I have noted elsewhere, such a simple “restatement” of current religious freedom law will do nothing to stop the government from finding a “compelling interest” in eradicating discrimination on the basis of sex and/or sexual orientation (which this bill now makes more likely), no matter what the Religious Freedom Restoration Act claims. If we want to protect religious freedom in this bill, actual protections like those in Lee’s amendment need to be included.

The Respect for Marriage Act confirms that nonprofit religious organizations will not be required to provide any services, facilities, or goods for the solemnization or celebration of a same-sex marriage.

This is another irrelevant “protection.” As I’ve already explained, no churches and religious schools are currently being forced to perform same-sex marriages. The real concerns are with everything else surrounding one’s beliefs about marriage — such as a religious college that wants to enforce a code of conduct in its dorms to prohibit “couples” of the same sex. Such an exercise of one’s beliefs about marriage is NOT protected by the current text of the Respect for Marriage Act (which only protects acts related to “the solemnization or celebration of a marriage” — and only certain categories of potential victims at that) — despite claims that it is somehow a hearty protection for religious freedom.

Does the Respect for Marriage Act open the door for the IRS to strip away tax-exempt status for churches and religious organizations that oppose same-sex marriage?

Absolutely not. In fact, the legislation provides new protections for religious organizations so they do not lose their tax-exempt status.

The 2015 Obergefell v. Hodges ruling did not address the legal impact on religious institutions and nonprofits, leaving that legal question open for interpretation. The Respect for Marriage Act settles that matter by providing more robust and expansive protections for religious liberties than the current status quo.

Again, these are only “more robust” than the status quo because Congress has refused — usually because of Democrat opposition — to protect religious freedom! But the fact that religious freedom hasn’t been protected should have been reason for Republicans to take a tougher negotiating stance, not capitulate to these weak protections! Claiming the protections in this bill are robust is like claiming a rickety house in the path of the bulldozer is “robust” — it certainly is not. Religious entities are about to be steamrolled by the federal policy this bill is establishing — and this bill’s protections won’t stop that.

Under Section 7, the IRS would be prohibited from denying or altering any benefit, right, or status of an otherwise eligible person or entity including tax-exempt status, tax treatment, grants, contracts, agreements, guarantees, educational funding, loans, scholarships, licenses, certifications, accreditations, claims, or defenses provided that the benefit, right, or status does not arise from a marriage.

This is false. The bill actually says “nothing shall be construed” to deny…

As explained above, this is a rule of construction (i.e. a directive that the bill must be construed a certain way) which does not fully protect against the loss of tax-exempt status. This leaves wiggle room, and the authorities can still find a way around this if they want to rule against a religious entity.

For example, a church, university, or other nonprofit’s eligibility for tax-exempt status would not be impacted if they do not agree with or do not want to recognize same-sex marriage.

False. We can’t say this definitively. See above.

Does the Respect for Marriage Act recognize polygamous relationships?

This isn’t fully true. As Roger Severino notes, “The bill leaves open the possibility that one person can be in multiple two-person marriages at the same time, which would trigger federal recognition if a state legally were to recognize such consensual, bigamous unions as separate family units.”

Does the Respect for Marriage Act punish adoption and foster placement agencies for their beliefs on marriage?

Absolutely not. In fact, this legislation will likely improve protections for religiously-affiliated adoption and foster care placement agencies because it includes new religious liberty protections currently not in law.

Wrong. The bill only protects entities “whose principal purpose is the study, practice, or advancement of religion.” Those who don’t fit that definition won’t be protected.

Further, it only protects them in the context of solemnizing marriages. But no one is forcing adoption agencies to solemnize marriages. They are forcing them to modify the way they conduct their operations, which is driven by their beliefs about marriage — such as not wanting to place children with same-sex couples.

Such an exercise of one’s beliefs about marriage is not protected by the current text of the Respect for Marriage Act (which only protects acts related to “the solemnization or celebration of a marriage”).

These protections will help stop progressive groups from attacking religiously-affiliated adoption or foster care placement agencies, which are also protected under the Religious Freedom Restoration Act, and the Supreme Court’s unanimous decision in Fulton v. Philadelphia, which upheld the religious liberty rights of a Catholic adoption and foster care agency.

They will not stop such attacks. Even during final passage of the bill, Democratic leadership was openly berating anyone who might disagree with the underlying policy of same-sex marriage. Such weak protections will only embolden legal and rhetorical attacks on people of faith.

The Lee Amendment also addressed other matters like tax-exempt status, federal grants, contracts, loan scholarships, and accreditation, which are already covered in the bipartisan amendment that I also supported. Ultimately, the Lee Amendment did not meet the 60-vote threshold and was not adopted.

Moving forward, I will continue to support efforts to provide greater religious protections for individuals. I strongly oppose any effort to infringe on any American s religious freedom and First Amendment rights, which is why I negotiated with my colleagues to significantly improve this legislation.

If he “strongly oppose[d]” such efforts, he would have made the inclusion of Senator Lee’s amendment a condition of his support for the bill. He did not.

I believe this legislation ultimately strikes the right balance. Same-sex couples will continue to have the right to get married, now without the fear of government intervention. And churches and religious organizations will continue to operate and worship free from government interference, now with even more protections provided because of this legislation.

No one was threatening the right of same-sex couples to get married. They didn’t need this bill’s protection. Meanwhile, for seven years since Obergefell, we have seen legal attacks on people of faith skyrocket as they try to live out their beliefs about marriage. They do need protection. Yet this bill sold them out — for all the reasons explained above.