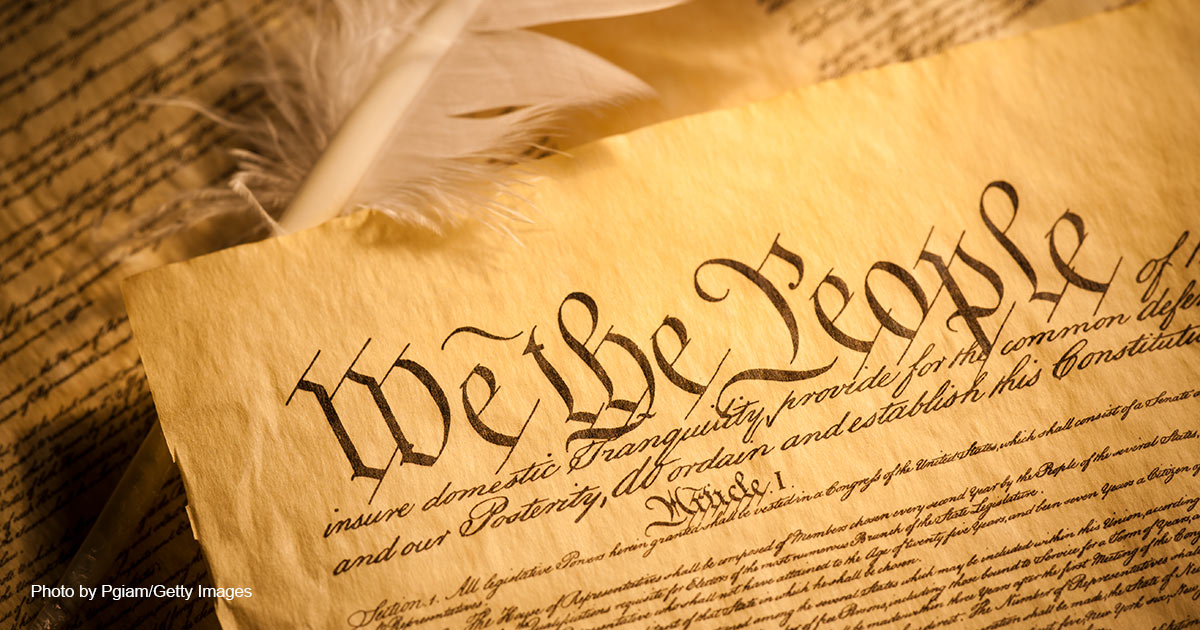 Why the Constitution Maddens the Left

Recently, I saw a bumper sticker that read, “The Constitution: Frustrating Liberals Since 1789.” This is a humorous witticism, but it carries the ring of truth.

Liberal outrage over the recent Supreme Court decision overturning Roe v. Wade has been generated not only by the end of their cherished national culture of abortion on demand, but also by an understanding of our country at odds with the vision of America’s Founders.

The men who met in Philadelphia in 1787 wanted a written constitution because they had seen what happened when there was not one. They had experienced the British parliament’s sudden and arbitrary impositions based on that body’s extemporaneous preferences. Just as the Bible is God’s self-revelation in a written text, so the American Constitution is the national compact that provides a fixed standard for the life of our country.

Hamilton, Madison, and many of their peers provided the federal government with critical national authority. As Article X of the Constitution explains, states are not allowed to advance their own foreign policies, coin money, grant any “title of nobility,” or a number of other things only a national government should do. Among its enumerated powers, according to Article I, are “the power to levy taxes, regulate commerce, establish a uniform law of naturalization, establish federal courts (subordinate to the Supreme Court), establish and maintain a military, and declare war.”

These duties mean that the federal government possesses great but focused and limited power. This intersects with the very purpose of a written constitution: To define the obligations, authority, and parameters of both state and national governments.

However, the signers of the Constitution were foresighted enough to recognize that concentrations of power, wherever they lie, are threats to ordered liberty. This is why, as historian Alan Guelzo has noted, that at the constitutional convention, our “republic did not cease to be a federation, and under the convention’s Constitution, the states continued to possess significant discretionary powers.” The document that came out of Independence Hall was ratified only after the states had intense debates about how a national government would interact with their own.

All of which brings us to two conflicting visions of what kind of government we should have. The men and women of the Left are, indeed, frustrated by the Constitution. The amendment process can be long and politically excruciating. The Tenth Amendment specifically says that those things not delegated to the federal government belong to the states. So, finding it difficult to advance its agenda through Congress or state legislatures, liberals have looked to the court to find rights, meanings, and “penumbras, formed by emanations” within the Constitution. In other words, things that are not there.

This approach reduces judges to both unelected despots and occultic seers, people whose mysterious grasp of what the national charter actually says far exceeds the intellectual penetration of those they govern (i.e., 330 million Americans) through judicial fiat. This approach does great violence to our system of constitutional governance. And the Left loves it, as long as through this exotic and intellectually dishonest enterprise they get what they want.

Consider: U.S. Senator Ted Cruz (R-Texas) has this week inflamed the Left with his comments on the Supreme Court’s 2015 Obergefell ruling that obliterated all state laws concerning sex-sex unions and imposed same-sex marriage across the country. “Marriage was always an issue that was left to the states,” he said. “Before Obergefell, some states were moving to allow gay marriage, other states were moving to allow civil partnerships.” Cruz observed that the “democratic process would have continued to operate” had the court “not ruled the way it did ... In Obergefell, the Court said, ‘No, we know better than you,’ and now every state must sanction and permit gay marriage.”

For this, a commentator on CNN accused Cruz of “pandering to the bigots.” How is affirming the Constitution “pandering?” Let’s say you believe in same-sex marriage — that’s your right. But it’s no one’s right to find in the Constitution something that does not exist therein, whether explicitly or implicitly.

This entire debate is further evidence of the widening divide between Left and Right. If liberals want to terminate the existence of states and ditch the Constitution, they should say so. But don’t talk about bigotry, hatred, oppression, or, as President Biden said, a Supreme Court that is “out of control.” The Supreme Court is no longer under liberal control. That is the true source of leftist rage.