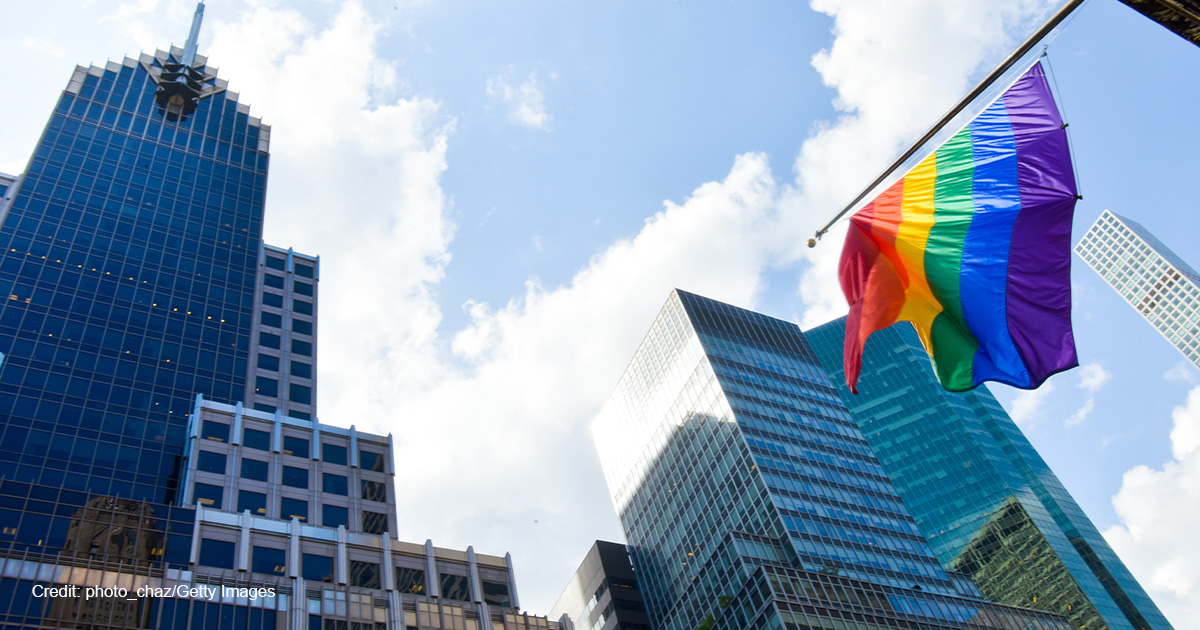 Will Same-Sex Marriage Fly in This Lame Duck?

While everyone’s attention is locked on November 8, there are plenty of ominous things barreling down the track as soon as the elections are over. Regardless of who takes control of Congress, the Democrats are already plotting to spend their last two months doing as much damage with their majority as possible. Everything from military spending to marriage is on the table, Majority Leader Chuck Schumer (D-N.Y.) insists. “Members should be prepared for an extremely — underline ‘extremely,’” he said, “busy agenda heading into the last two months of Congress.” And the busier senators are, the more concerned Americans should be.

“Buckle up,” Politico warns. “This year’s winter session is jam-packed with minefields and postponed work.” Among other things, Democrats are hoping to tackle a gigantic government funding package, must-pass Defense Department spending (meaning another debate over women in the draft, servicemembers’ abortions, and more), and a slew of last-ditch judicial confirmations in case Republicans run the tables this November.

With a few exceptions, lame-duck Congresses have been horrible for conservatives and the nation. Democrats are famous for kicking explosive issues into the last couple of months on the calendar when Americans are distracted with the holidays, and political accountability is at its lowest. And if past lame ducks are any indication (see: “Don’t Ask, Don’t Tell” repeal, START Treaty, Obamacare, and trillions of dollars in tax-and-spend resolutions), Republicans will be scrambling to block an onslaught of bad bills that bitter Democrats try to leave as parting gifts for the new Congress.

Back in 1932, comedian Will Rogers described the absurdity of lame duck Congresses to the New York Times: “It’s like where some fellows worked for you — and their work wasn’t satisfactory [so] you let ‘em out, but after you fired ‘em, you let ‘em stay long enough to burn your house down.”

Home is exactly where Democrats are pointing their firepower this winter, promising a fierce fight over their federal same-sex marriage bill, which was kicked into the extra session when the Left couldn’t persuade enough Republicans to abandon their principles and jump on board this summer. For all of the talk of same-sex marriage being a “settled” issue, conservatives learned pretty quickly that the GOP base still feels very strongly about the subject. Thanks to a wave of phone calls and emails, wobbly senators got the message: This is ground the Republican Party should defend.

A handful of CEOs are doing their best to persuade the GOP otherwise, Politico reports. About a dozen companies “are directly lobbying Capitol Hill for the first time in support of same-sex marriage rights, according to newly released disclosures.” In the grand scheme of corporate wokeness, a dozen doesn’t seem like a whole lot. It’s certainly a far cry from the 220 brands who signed onto the Human Rights Campaign’s letter of support last month. While Toyota, Dell, General Mills, Dow Chemical, UPS, Procter & Gamble, HP, Altria, and TechNet (which includes Apple, Google, and Amazon) are putting actual elbow grease into the effort, it seems most companies are content to just check the box in hopes of keeping their corporate equality scores intact.

Maybe these businesses aren’t part of the “honest woke,” as The Public Forum’s Stephen Soukup calls the corporate minority driving these culture wars. Maybe they’re gun-shy after the GOP’s smackdown of Disney. Or maybe they’ve come to the realization that LGBT extremism is actually a liability in the current consumer environment. Whatever the reason, these companies are leaving the door wide open for a much more powerful constituency to get involved: voters.

“Woke corporations will do whatever it takes to score social credit points on behalf of liberal causes, but not all are willing to expend their own resources to push bills like the so-called Respect for Marriage Act over the finish line,” Family Research Council’s Connor Semelsberger pointed out. “As many of the 200 companies who signed HRC’s letter supporting the bill sit on the sidelines, it’s crucial that members of Congress hear from the most important voices — their own constituents.”

Republicans aren’t likely to be moved by corporate pressure now, not after the last several year’s they’ve spent as the public whipping post of business radicals. Still, FRC’s Quena Gonzalez thinks it’s a disgrace that any CEOs would lobby on behalf of a bill that takes such a sharp left-turn from Obergefell. “This bill would actually go much farther than simply legalizing same-sex marriage in law and repealing the Clinton-era Defense of Marriage Act. It would supercharge existing religious liberty attacks on people and organizations who believe in natural marriage — including foster- and adoption-care providers, women’s shelters, and others seeking to serve the most vulnerable. It would tacitly vilify millions of Americans who still believe in natural marriage by labeling that belief as ‘sex discrimination’ — tantamount to racism. And it would also threaten the tax-exempt status of faith-based nonprofits and subject business owners to even more costly litigation.”

Gonzalez wonders, “Did the companies that lobbied on the bill realize that the original version would have allowed any state to legalize polygamy — forcing the federal government to recognize it? Probably not. They probably read the talking points, not the bill. So I don’t have a high degree of confidence that they realize that the current ‘fix,’ the substitute amendment put forward by Senators Susan Collins (R-Maine) and Thom Tillis (R-N.C.), still provides no meaningful, affirmative, or enforceable shield of protection to those people and entities already being attacked for their belief in natural marriage. They’re just lobbying to rack up easy virtue-signaling points, participating in a cynical charade. In the name of ‘protecting against discrimination,’ they’re actually calling on Congress to bypass the courts, handing a club to those who are already suing people and organizations that still believe in natural marriage.”

The good news is that Democrats will need 10 Republican senators to go along with this travesty for it to be successful. That’s a tall order after this summer, when conservatives sent more than 120,000 emails to their elected officials, demanding they find the moral courage to stand on their convictions. It was so much pressure that even some of the sympathetic Republicans started to backtrack. Suddenly, a clear path forward no longer existed. “I don’t see 10 Republicans,” Senator John Cornyn (R-Texas) told reporters in September. “I assume if people were inclined to support it, they would have already declared [that].”

But post-election pressures are different. “Along with every vote,” Gonzalez says, “every voice is needed to keep Congress in check — especially as we head into the lame duck.” Especially when it comes to marriage.