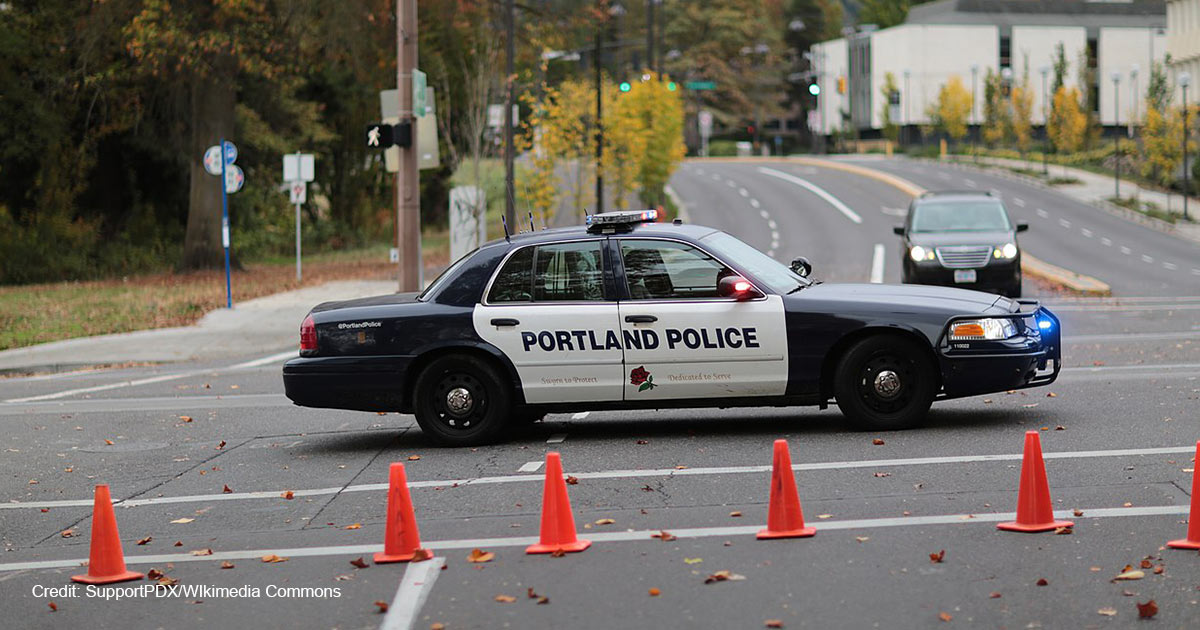 “It was really insulting actually and painful to hear,” Portland, Ore. resident Gillian Rose fumed to KOIN 6 News after Mayor Ted Wheeler seemingly laughed off her concerns in a city council meeting.

Portland’s homelessness numbers have jumped 20% since 2019, according to a Fox report. Tent cities, open drug usage (decriminalized in 2020), and trash abound on the graffitied streets of the city. A recent poll found that many Oregonians are scared of going to the downtown area for reasons such as homelessness and violent crime, and several respondents told Fox News that they feared assaults, avoided going out at night, and used extreme caution when navigating the area.

Present via Zoom to testify regarding the matter, Rose expressed her worries about the drug and homelessness problem in Portland. She told the commissioners, “Please stop wasting our money and destroying our beautiful city and please start being leaders. Thank you for your time.” In response, Mayor Ted Wheeler (D) appeared to scoff as he grinned and said, “Alright thank you, you’ve made your point emphatically clear. Thank you for being here and sharing your perspective, we do appreciate it.”

Wheeler’s office did not respond immediately to The Washington Stand’s request for comment.

Amidst a violent crime surge plaguing urban hubs across the country, many voters think the issue of crime is “highly important,” per a recent poll, and their responses show that the majority don’t trust Democrats to manage or pay serious attention to it.

“Polling has consistently shown crime to be one of the top priorities of voters this election season, and it’s no wonder why,” Matt Carpenter, FRC Action’s director, explained to The Washington Stand. “In 2020, we saw widespread rioting and mob violence across America’s cities and since then violent crime has spiked. Almost every major city in our country is dealing with higher rates of murder, attempted murder, armed robbery, carjacking, and more.”

Due to Democratic candidates’ reputation for being “soft-on-crime,” Republicans have a 14-point advantage on them in the poll’s responses. Carpenter told TWS that people will vote for leaders who show they care about the issues affecting them: “Keeping streets safe is one of the most basic functions of government, and for ideological reasons, many on the Left are unable to do what it takes to make communities safe. Even in uber progressive San Francisco, liberal voters ditched their woke District Attorney because he routinely failed to keep violent criminals off the streets.”

Many law enforcement officers (LEO) are concerned, too. Police departments across America are facing a mass exodus of LEOs as burn-out and morale plummet. Several, however, have decided the best solution for crime and dissatisfactory leadership is running for office themselves. This November, more than 100 LEOs are campaigning for elected office, according to The Washington Times. This surge of predominantly Republican police candidates, referred to by some as “the commonsense wave,” has former and current officers vying for national, state, and local positions where they can stand in the gap that they believe is not being filled currently.

One such candidate, Yesli Vega, is the Republican nominee for Virginia’s 7th Congressional District. Formerly a Northern Virginia law enforcement officer, Vega is motivated to lead her community after the chaos of rising crime and the defund the police movement, according to her website. Jaded by a deaf ear from leadership to the needs of their constituents, Vega told TWS she is aiming higher than those who, “…betrayed our law enforcement officers when they voted to defund the police,” she said. “Because of them, families are afraid to leave their homes and our communities are being torn apart by rampant crime and drugs.”

“As a deputy sheriff, I refuse to stand by as our elected leaders fail my brothers and sisters in law enforcement. I’m running to put an end to the radical Left’s defund the police movement and keep our communities safe from criminals,” Vega told TWS.

According to Carpenter, voters will ultimately have the last word as midterms loom only a few weeks away. “I fully expect they’ll vote out soft-on-crime politicians,” he commented.

“[But] the truth is,” he said, “we need more than one election cycle to deal with the issue of crime. At the heart of this issue is family formation and faith — we need strong families, and we need to turn to God if we are going to see our cities thrive again.”