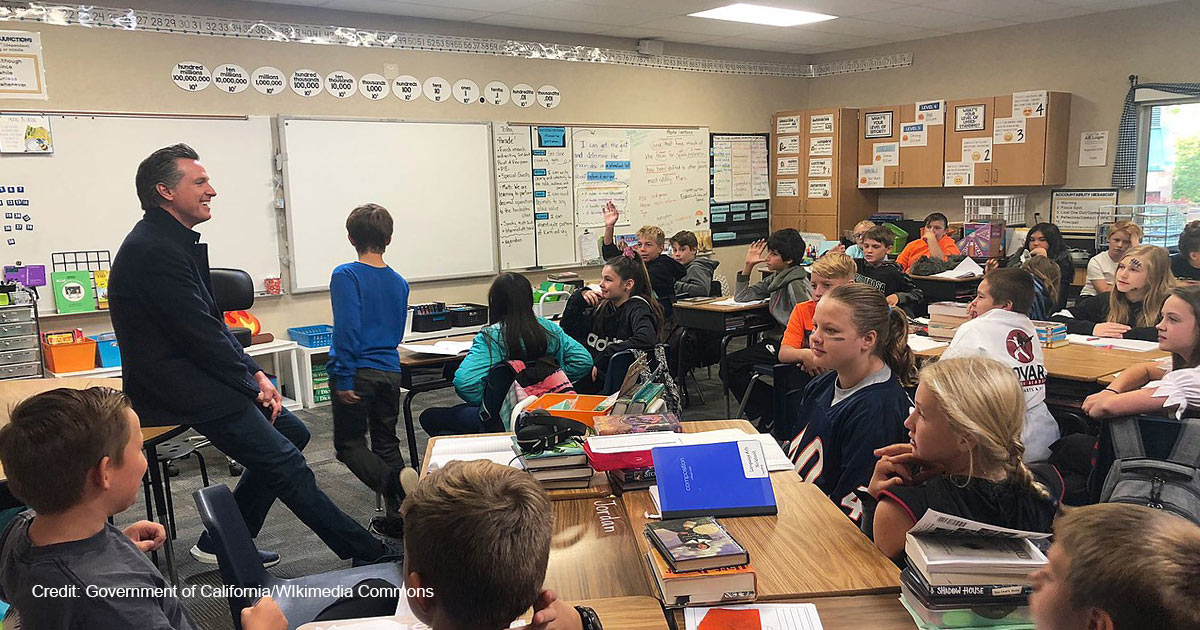 SB 107 is sitting on California Governor Gavin Newsom’s (D) desk right now awaiting his anticipated signature, and many American parents are disturbed by what this could mean for their families.

Introduced by State Sen. Scott Wiener (D-Calif.), this bill aims to make the state of California a “refuge” for transgender surgeries for children. According to Wiener’s press release, “If these parents and their kids come to California, the legislation will help protect them from having their kids taken away from them or from being criminally prosecuted for supporting their trans kids’ access to healthcare.” The bill would allow minors to obtain procedures such as puberty blockers, hormones, and gender transition surgeries, which several states are restricting or banning altogether.

Headlines across mainstream media outlets echo LGBTQ activists, who are concerned that “a third of trans youth are at risk of losing gender affirming care.” The Arkansas SAFE Act was the first of its kind, completely ourlawing “experimentation” through gender transition procedures on minors — Tennessee, Arizona, and Alabama, have followed suit by also protecting children. Several other states are in the process or considering bans or further restrictions, such as Texas, where Attorney General Ken Paxton (R) referred to such procedures as “child abuse.”

Through both SB 107 and AB 2091, a state bill seeking to privatize data surrounding abortions, many members of the California legislature are working to make their state a “data sanctuary” in the midst of tightening laws across the country. Their goal is to make it difficult to disclose information regarding abortion and children’s transgender procedures for out-of-state seekers.

Wiener’s bill is not without its critics — many parents and conservative groups have “grave concerns” about this “dangerous piece of leglislation.” Promise to America’s Parents Coalition (PAPC) garnered signatures from dozens of parents groups such as Family Research Council, imploring Governor Newsom to veto the bill. “We are writing to respectfully request that you veto SB 107, a dangerous piece of legislation which ignores the established authority of the other 49 states, and also violates the fundamental rights of parents while increasing the risk of irreversible harm to America’s children,” the letter opens.

Along with the letter, Alliance Defending Freedom Senior Counsel Emilie Kao summarized the concerns in a statement: “Parents have the fundamental right to direct the upbringing and care of their children, which includes making the best decisions regarding their child’s mental, emotional, and physical health. In an astonishing disregard for federal law and the constitutional rights of parents, California wants to take away custody of children from their own parents — no matter what state they’re from — and deny families the right to access their child’s medical information.”

Aside from signing the PAPC letter, California Family Council has vocally opposed the bill. Jonathan Keller, the group’s president, told The Washington Stand, “California is declaring open season on every child in the nation. If Gavin Newsom signs SB 107, parents and lawmakers across the country should be prepared to vigorously defend their parental rights against an out of control government in Sacramento.”

Family Research Council’s Meg Kilgannon agrees that this California legislation, if signed, would have legal ripple effects for parents in every state. “As a parent in Virginia, this bill is terrifying,” she told TWS. “If Governor Newsom signs this bill, and my child runs away to California, how am I going to get my child back from the California foster care system? How am I going to protect my confused and vulnerable child from life-long medical procedures? Will Virginia have to — or be willing to — send a state trooper with me to take custody of my child?”

“This is California essentially taking custody of the children of the other 49 states,” she continued. “It’s dangerous, and I hope Governor Newsom does not sign this legislation.”