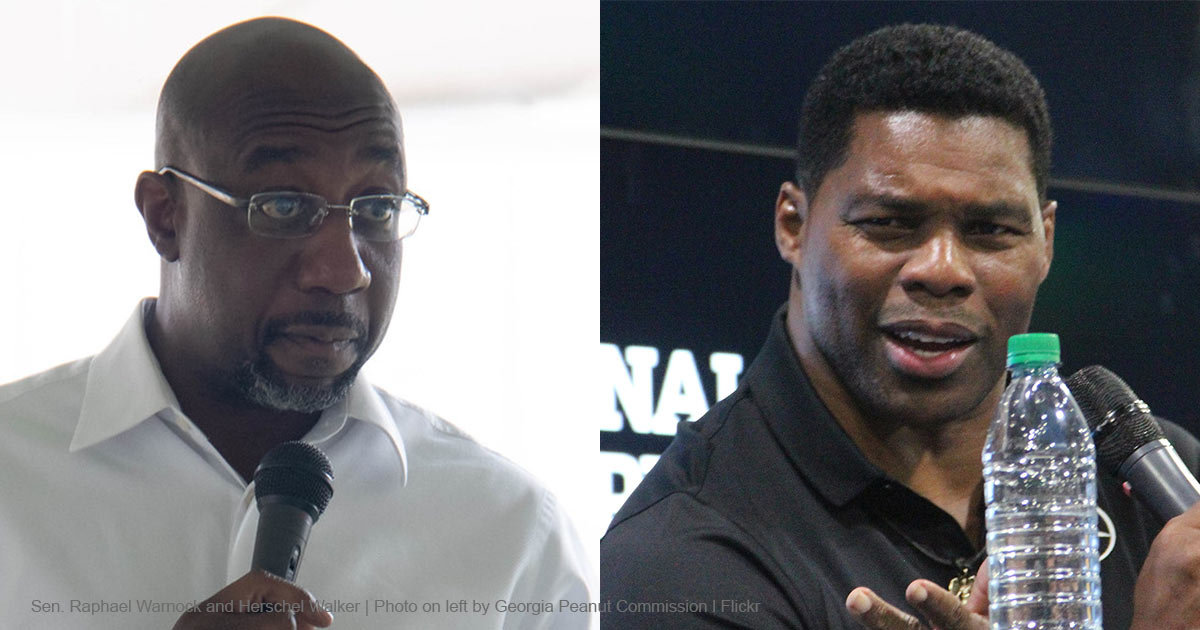 Republican Herschel Walker and Democrat Raphael Warnock faced off Friday night in their only debate, less than a month before Georgians elect one man to serve in the U.S. Senate. Candidate debates are most useful when they serve to clarify the candidates’ positions or draw distinctions between the candidates. On abortion, Friday’s debate did both.

In response to a moderator’s question, Senator Warnock — who narrowly won a runoff after the 2020 election to finish two years remaining on a term — had an opportunity to clarify his position on abortion, particularly to emphasize the more moderate facets. Yet he refrained from adjusting his position, choosing instead to criticize the Supreme Court as “extremist” for overturning Roe v. Wade. He also reiterated his rhetorical defense of opposing government restrictions on abortion. “A patient’s room is too narrow and small and cramped a space for a woman, her doctor, and the United States government,” he said.

Walker responded that Warnock was “a neat talker” but had left out key information. “There’s a baby in that room as well,” the former Heisman Trophy winner pointed out, reframing the issue from a focus on the woman’s rights to a focus on the unborn child’s right to life. But Walker wasn’t finished. “He’s asking the taxpayer to pay for [abortion],” he pursued, “so, we’re bringing the government back into the room.”

Below is the full exchange:

Moderator: We’re asking you to take a clear position right now: Do you believe there should be any limitations on abortion set by the government? And you have 60 seconds.

Warnock: I think that the women of this country and the women of this state woke up one summer morning, and a core protection that they’d known for 50 years was taken from them by an extremist Supreme Court. And I stand where I’ve said I stand in the past, that a patient’s room is too narrow and small and cramped a space for a woman, her doctor, and the United States government. We are witnessing right now what happens when politicians — most of them men — pile into patients’ rooms. You get what you’re seeing right now. And the women of Georgia deserve a Senator who will stand with them. I trust women more than I trust politicians.

Walker: May I respond?

In addition to this exchange, abortion references were sprinkled throughout the debate. At one point, Walker endorsed Georgia’s 2019 heartbeat bill which absorbed considerable backlash from a number of corporations. “I support the Georgia heartbeat bill because that’s the bill of the people. … So, what the people [of] Georgia stand for, I’m gonna stand with them.”

Both campaigns have faced scandalous allegations in the final weeks before the election, which the candidates once again denied during the debate. Warnock denied that his church evicted tenants from rental properties they owned, while Walker denied that he paid for an abortion in 2009.