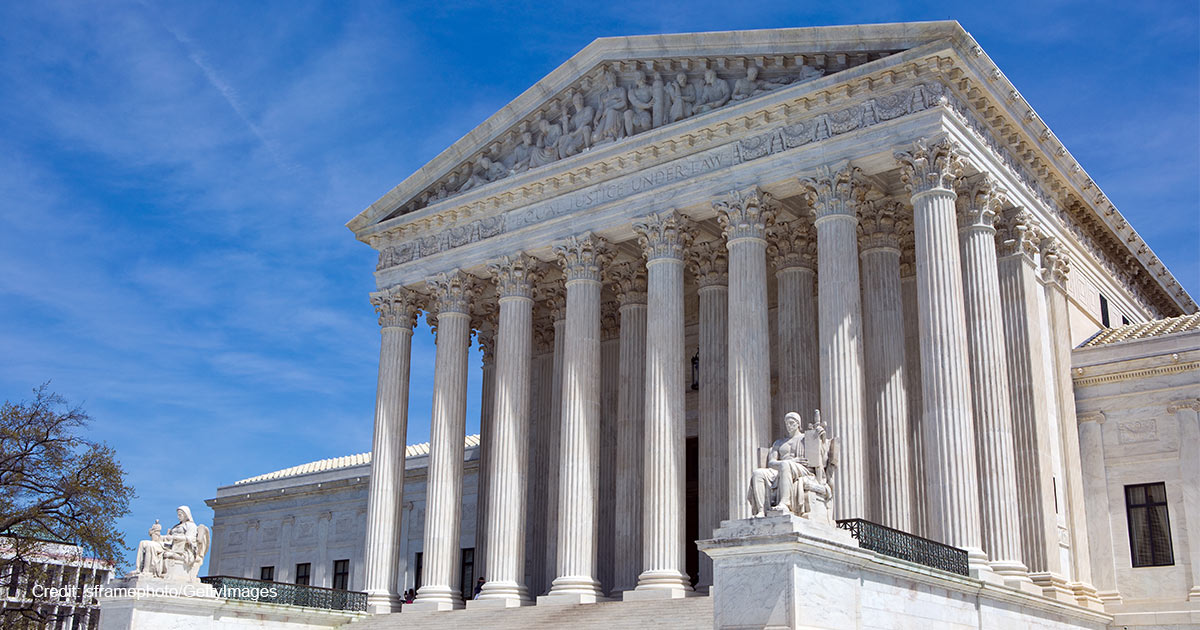 After a three month summer recess, the nine justices of the Supreme Court reconvened for the new October 2022 term on Monday at 10 in the morning. For the first time in months, the fence around the building has come down. And, for the first time in years, since the onset of the pandemic, the court has opened its doors again to the public to listen in on oral arguments — masks optional.

Though Biden-pick Justice Ketanji Brown Jackson took the oath last Friday as the latest SCOTUS addition, the balance of the court still tilts conservative, with a 6-3 majority and historically low approval ratings coming off of an eventful last term. And, while last term was exceptionally impactful and hectic with the landmark overturning of Roe v. Wade, onlookers can expect continued momentum as the court has agreed to take several significant cases looming on the docket.

Every term, the court agrees to hear about 80 cases of the 7,000-8,000 petitions they receive. This term, the court will hear arguments for a wide array of cases, dealing with everything from Big Tech (Gonzalez v. Google), to the environment (such as Sackett v. Environmental Protection Agency, argued Monday), to art copyrights (Andy Warhol Foundation for the Visual Arts, Inc. v. Goldsmith). Notably, here are a few cases dealing with affirmative action, religious liberty, and voting that will continue to garner attention.

Two cases with the same plaintiff, Students for Fair Admissions Inc., will be going before the high court to challenge affirmative action, petitioning SCOTUS to rule against colleges and universities using race in their admissions processes. In Students for Fair Admissions, Inc. v. President & Fellows of Harvard College, the case will investigate if the defendant is exhibiting racial bias in their admissions process, particularly targeting Asian American students.

While supporters of affirmative action believe it is a university’s First Amendment right to free expression to create diversity, critics believe it is long past time to do away with affirmative action. “Racial preferences in university admissions do nothing to solve the underlying problem of why not enough members of a certain group get into college, and do a lot of damage along the way,” Mike Gonzalez, senior fellow at The Heritage Foundation, told The Washington Stand. “[They] are simply an imperial decree that a certain percentage from a certain group will be given entry to a college… it cheats the students who by merit should have been admitted, but were left out to make room. Obviously that is an injustice that harms society as it discourages hard work and distinction.”

“It also cheats those who get in through a racial preference system,” Gonzalez continued, “as they will always have to live with the suspicion from their peers that they got in through a quota system. Justice Thomas says he didn’t get offered the jobs he should have been offered after graduating from Yale Law School, because of the suspicion that hung over his head.”

“All the cruelties inherent in this spoils system are too glaring, and why the Supreme Court should throw out this system that runs counter to our values.”

Both this case and another case similarly attempting to overturn the affirmative action precedent will be heard on October 31, given one hour each for arguments.

On the heels of the Jack Phillips’s debacle in which a baker refused to make a wedding cake for a same-sex couple, another similar First Amendment case comes out of the same state. Alliance Defending Freedom is representing Lorie Smith, a Colorado graphic designer whose religious convictions prohibit her from making a wedding website for an LGBTQ couple. In 303 Creative v. Elenis, SCOTUS will rule on if the state of Colorado has the right to censor the free speech of this small business owner, despite her religious beliefs, in the name of public accommodations.

Katherine Beck Johnson, research fellow for Legal and Policy Studies at FRC, told TWS that this case is crucial to religious liberty. “The fundamental right to live out one’s faith is once again before the Supreme Court. In 303 Creative, the court has the opportunity the clarify their previous decision in Masterpiece Cakeshop and once and for all make it known that neither Christians, nor any [other] faith adherent, must give up their faith to run their own business in America.”

The argument date for this case is yet to be determined.

The issue of voting enters the courtroom with two upcoming cases out of Alabama and North Carolina.

Merrill v. Milligan deals with voting redistricting in Alabama, and calls into question if the state’s recent congressional map is gerrymandered to be racially discriminatory against African American voters. Ken Blackwell, senior fellow for Human Rights and Constitutional Governance at FRC, shared his thoughts with TWS, saying, “Justices are wrestling with how Alabama can draw legislative districts that don’t violate the Voting Rights Act without violating the Constitution’s promise of equal protection. I believe that promise is color-blind. The Left says not just that you can consider race, but that you must. I believe the court will find the Left’s position wrong.”

Coming from a few states over, the court will hear Moore v. Harper to determine if state courts have any say in how elections are held, or if the Constitution limits that power strictly to the legislature. “The Moore case from North Carolina is huge,” Blackwell offered. “It’s about which branch of state government has the final say on how to do federal elections in each state. Is it the legislature or the courts? I believe like most conservatives that the Constitution is explicit that it is the state legislature, which is elected by the people and accountable to them.”

Dates for these arguments are still to be determined.