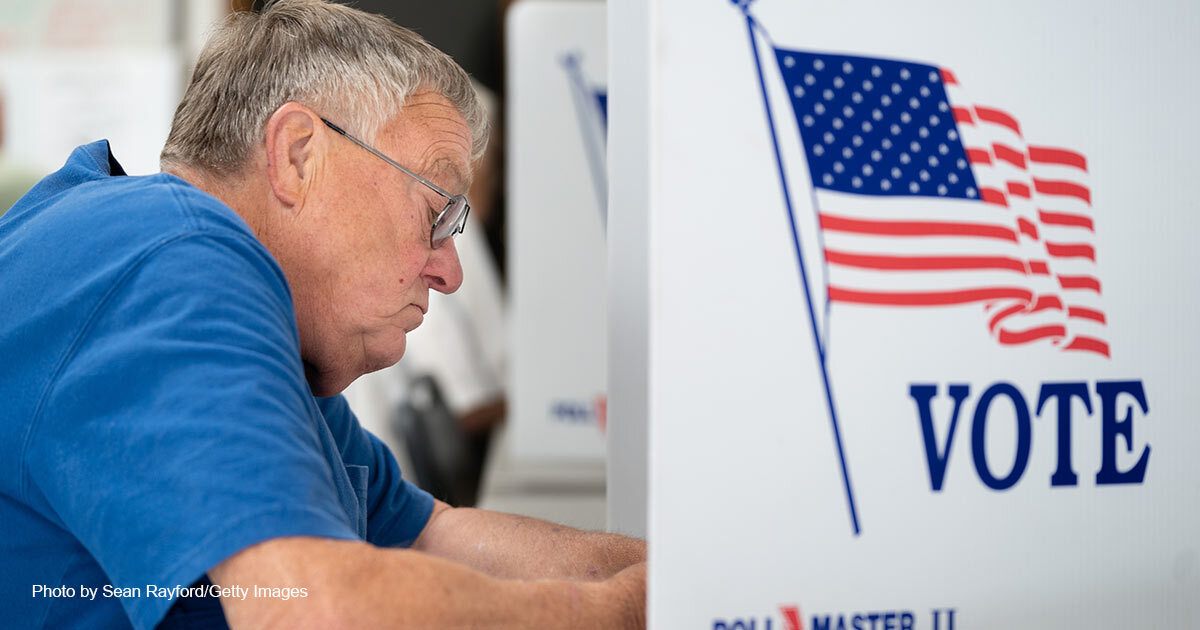 On August 26, the Arizona Supreme Court ruled that a ballot measure intended to roll back Arizona’s recently enacted election integrity law will not be on the upcoming November ballot. The bill that was targeted by the initiative was signed into law in March and required that prospective voters show proof of citizenship before being allowed to vote.

The effort to get the initiative on the ballot was led by Arizona Secretary of State Katie Hobbs (D) — who is currently running for governor — and was largely funded by the George Soros-backed Arizonans for Free and Fair Elections. An election integrity coalition led by Arizona Free Enterprise Club, the Honest Elections Project, Heritage Action, the America First Policy Institute (AFPI), and former Virginia Attorney General Ken Cuccinelli filed the successful lawsuit against the initiative, which the court found had included thousands of illegal signatures.

Ken Blackwell is senior fellow for Human Rights and Constitutional Governance at Family Research Council and also serves as chairman of the Center for Election Integrity at AFPI.

“This fraudulent initiative would have gutted Arizona’s election integrity system,” he told The Washington Stand. “It was a major victory for supporters of genuine election integrity and the work of the Arizona state legislature. The effort to put this fraudulent issue before the voters was done in a [deceptive] manner full of signatures that were proven to be invalid. … I think this victory proves that the American people — in this case the citizens and voters of Arizona — are more powerful than militant activists like George Soros, who is trying at every turn to fundamentally transform our country.”

With regard to the Arizonans for Free and Fair Elections group that led the effort to get the ballot measure, Blackwell emphasized that looks can be deceiving.

“Who would be against free and fair elections?” he pointed out. “Until you look at what [the Arizonans for Free and Fair Elections’ ballot initiative] would do. It would eliminate voter ID and proof of citizenship requirements for voter registration, it would allow for same-day voter registration, it would prohibit state legislature-led election audits, [and] it would restore ‘Zuckerbucks’-style private funding to facilitate public election administration.”

Blackwell went on to illustrate the efforts that are underway to uphold integrity in the U.S. election system ahead of November’s midterms, and also to emphasize that it is going to take a concerted effort by all citizens who care about election integrity to continue to participate and stay vigilant in their duties as citizens.

“We are now training legions of poll workers to exercise their citizenship, because citizenship has its rights, and I believe citizenship has duties, duties that are not that complicated [or] burdensome — duties to be engaged. Thomas Paine said it best when he said that ‘Those who expect to reap the benefits of freedom must undergo the fatigue of supporting it.’ That’s a pretty straightforward way of saying, ‘We have to be engaged. We have to be on the frontlines. We can’t retreat to the sidelines.’ … We can’t take an intermission in this battle. It’s going to be better if more people are engaged.”

Blackwell elaborated further on the recent gubernatorial election in Virginia in November 2021 as an example of a successful effort to galvanize grassroots energy toward upholding election integrity.

“The issue is making sure that we allow for the organic energy of citizens in these states and counties to be the driving force,” he emphasized. “The great experience was in Virginia, we were able to be force multipliers for the local initiators of some very fine action. What we were able to communicate is that faulty, corrupt elections that don’t have transparency are the gateways to bad public policy. Virginia became a working model for how these national organizations with experience and legal talent as well as dollars could in fact become force multipliers of locally generated resistance or forces that would disrupt the status quo.”

After the victory in Arizona, Blackwell noted that the election integrity coalition will also be looking into other states where efforts from progressive special interest groups are taking place. “I want to take a look at the left-wing initiative that is in play in Michigan,” he said. “I’m hoping that we can shine some light on the dark corners of that effort and reveal the attempt to destroy any semblance of election integrity in that state.”

Blackwell went on to paint a bigger picture of the fundamental importance of election integrity.

“The foundation of the American system of self-governance is liberty and the core expression of the people’s liberty is the ability to vote in free and fair elections,” he said. “Safeguarding the integrity of our elections is paramount to preserving our republic. Many Americans, if not most Americans, are starting to sense that there is an existential threat to America’s constitutional republic. …

“We understand that authoritarian, totalitarian, Marxist, big government socialists — they want to concentrate power in the hands of an elite. They want to concentrate power in the administrative state. What has made us an exceptional constitutional republic is that the Founders of our Constitution believed that absolute power corrupts absolutely, and therefore they utilized the principle of subsidiarity and decentralization. For them, the family became the incubator of liberty. That’s why totalitarian, authoritarian socialist states worked to destroy the family. [That’s why] parents in Virginia were viewed as criminals that had to be arrested and put in holding pens.

“What is unique about our system is that it’s a counterforce against the centralization of power. … We fundamentally understand that the genius of our system … is found in the second paragraph of the Declaration of Independence where we’re told that our fundamental rights are not granted from government — they are gifts from God.”