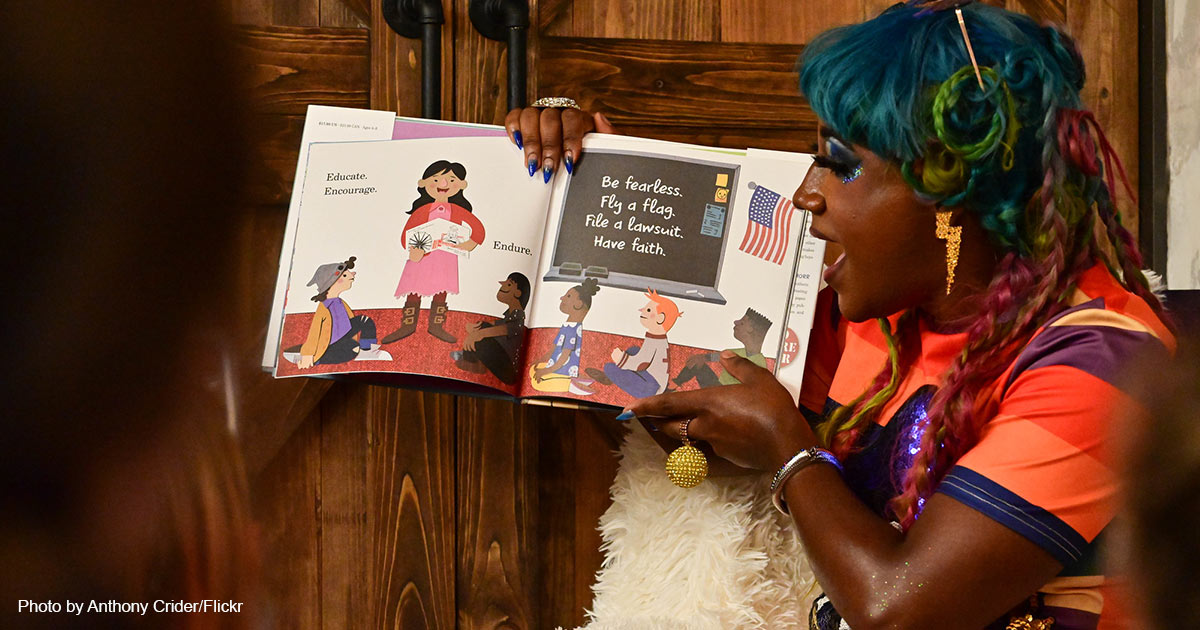 As newly elected Arkansas Governor Sarah Huckabee Sanders (R) is sworn into office with an increased supermajority in both chambers of the state legislature after November’s midterm elections, Arkansas lawmakers are seeing 2023 as a prime opportunity to pass a bill protecting minors from sexually explicit drag shows by defining them as “adult-oriented businesses.”

Instances of sexually explicit drag performances marketed as “family friendly” and attended by children — even in strongly conservative states like Arkansas — have seen a marked uptick across the nation in recent years amid intense controversy.

Dr. Debra Soh, a sex neuroscientist and author, noted an explicit drag show in Dallas attended by minors and observed, “If these were instead women dancing provocatively, giving lap dances, and removing their clothing in front of child onlookers, I’m certain staff and fellow audience members would be disgusted and appalled. The dancers would surely be asked to leave, and there is a high probability that Child Protective Services would be called on parents, as well.”

Soh went on to add, “Encouraging children to touch strangers in areas of the body that are usually covered by undergarments and desensitizing kids to overt depictions of adult sexuality is dangerous territory. The reasons for concern are laid bare in recent news of a Pennsylvania drag queen arrested on child pornography charges.”

The phenomenon of publicly exposing minors to drag performers began in 2015 when the San Francisco Public Library hosted a “Drag Queen Story Hour” for children. Since then, the events have spread through dozens of chapters across the U.S. “Last June, we had almost an event a day during Pride Month,” Jonathan Hamilt, executive director of Drag Story Hour, told The Washington Times.

In response to the backlash against the story hours, Hamilt responded, “We’re reading children’s books, we’re singing children’s songs. If we were doing anything other than that, we wouldn’t be around for seven years. No place would allow any type of adult entertainment if that were happening.”

But recent story hour events have included more than reading books. The New York Public Library system described a recent event by stating, “The story hour went on as planned, including readings, coloring activities and a ‘dance party’ at the end.”

Christopher Rufo, a senior fellow at the Manhattan Institute, recently argued that exposing minors to drag queen culture is an attempt to “subvert the system of heteronormativity, which includes childhood innocence, and reengineer childhood sexuality from the ground up.”

“The drag queen might appear as a comic figure, but he carries an utterly serious message: the deconstruction of sex, the reconstruction of child sexuality and the subversion of middle-class family life,” Rufo wrote in 2022.

In response to the controversy, lawmakers in Arkansas drafted SB 43, a bill that classifies drag performances as “adult entertainment inside an adult-oriented business” in which minors are barred from attending — the first of its kind in the nation.

“Ten years ago, most people probably could not have imagined drag shows taking place on public property or at public gatherings with families and children, but today that is happening in Arkansas,” David Cox, assistant director of Arkansas’s Family Council, told The Washington Stand.

The bill defines a “drag performance” as a performance in which a person “sings, lip-syncs, dances, or otherwise performs” while dressed in drag.

Bentley went on to express a positive outlook on the bill’s likelihood to become law.

“I think we’ve got great chances of passing this bill here,” she remarked. “I’m reaching out across the state to our Republican committee members to say to reach out to your legislators, let them know how you’re feeling. This is the [type of legislation] that we hear across the state that people want. So now’s the time for the grassroots to rise up, let the legislators know that they support it and get ready for a good session. I feel very optimistic about this bill.”