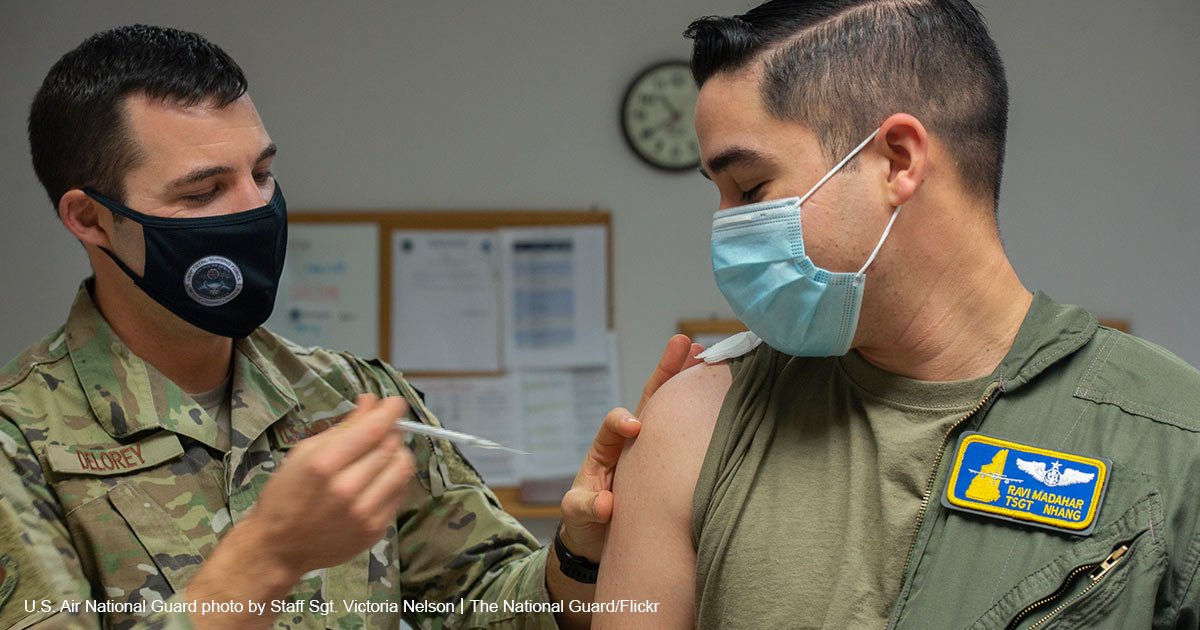 Despite a provision in the 2023 National Defense Authorization Act (NDAA) that rescinded the Department of Defense’s COVID vaccine mandate for all military personnel, the Army issued guidance in December saying that the directive does not apply to National Guard and Reserve troops. Experts and lawmakers say that the guidance is in direct violation of the law.

The NDAA, signed into law by President Biden on December 23, explicitly directs the DOD to repeal the vaccine mandate for all military servicemembers, including the National Guard and Ready Reserve. However, an Army virus policy update from December 22 appears to claim that the mandate repeal provision does not apply to National Guard and Reserve troops mobilized under state orders.

This claim has proved to be highly controversial. Lt. Gen. William G. Boykin (Ret.), a 36-year Army veteran who serves as Family Research Council’s executive vice president, was unambiguous in his condemnation of the Army’s actions.

“Since 9/11, all branches of the military have worked very hard to unify their reserve components (National Guard and Reserves),” he told The Washington Stand. “Those reserve components have deployed regularly and taken on the same duties as the active-duty troops of all services. There should be no question that the repeal of this mandate applies to all elements of the military, active, reserve, and National Guard.”

Boykin continued, “The Biden administration is just playing games now by trying to separate the reserve component from the active which is exactly what they have been doing with the ‘woke’ agenda which they have pursued, particularly with things like CRT.”

Dwight Stirling, founder and CEO of the Center for Law and Military Policy, also pointed to the weak nature of the Army’s claim.

“The Army is incorrect. The NDAA’s repeal of the vaccine mandate supersedes any and all DOD directives to the contrary,” he told the Daily Caller. “It is a fundamental principle of constitutional law that laws passed by Congress take precedence over orders issued by executive departments. This is not a complicated issue.”

Republican lawmakers were equally clear in their denunciation of the Army’s actions.

“This year’s NDAA was clear: the COVID-19 vaccine mandate must be repealed for all servicemembers — including members of the Reserves and National Guard,” Rep. Mike Gallagher (R-Wisc.) told the Daily Caller. Congressman Mike Waltz (R-Fla.) also weighed in, stating, “The will and intent of Congress was clear. To try to parse out the National Guard from the rest of the military is galling. It’s offensive.”

The dispute over which servicemembers are covered by the mandate repeal comes at an inopportune time for the military, as the armed forces continue to struggle with troop recruitment and retention. Across the country, numerous states’ Guard forces are reporting missing their recruiting goals, from California to Wisconsin.

So far, over 60,000 National Guard and Reserve troops have already been cut off from duties, pay, and benefits for declining the vaccine. It is unclear whether the dismissed troops will be reinstated, which GOP lawmakers have been pushing for. An additional 14,000 National Guard troops could be discharged for declining to receive the COVID vaccine over the next two years.