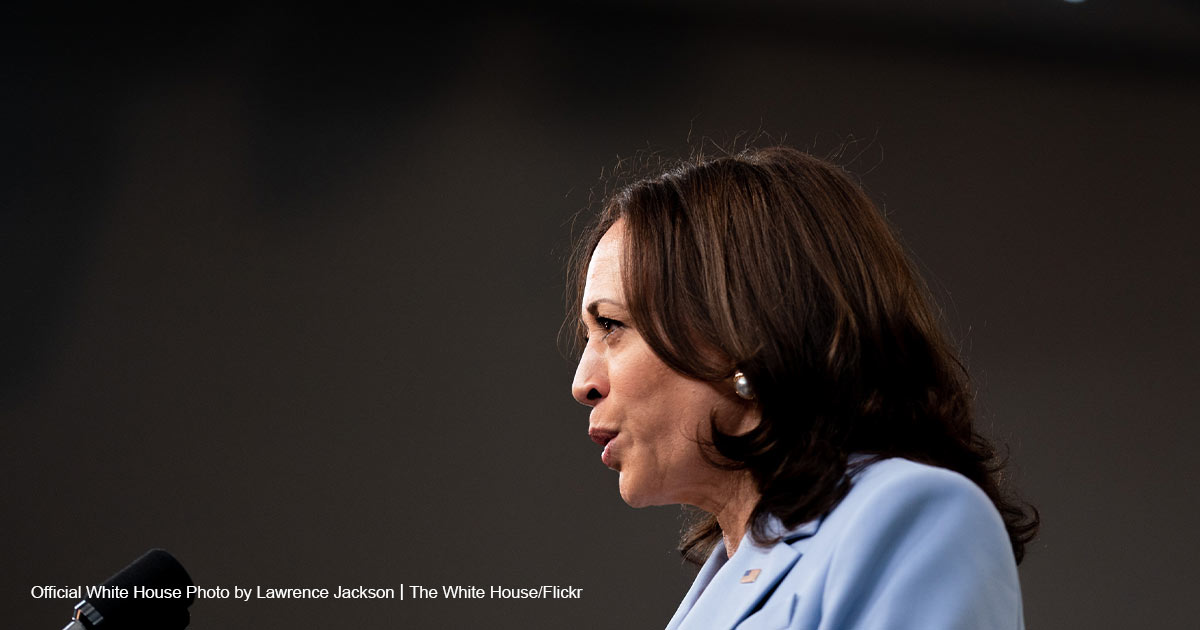 In the wake of historic declines in math and reading scores in schools and polls showing concerns over controversial material in classrooms on the top of midterm voters’ minds, Vice President Kamala Harris unveiled a plan to spend $5 billion on electric school buses.

On Wednesday, Harris introduced a plan that would spend $5 billion over five years using the Bipartisan Infrastructure Law that would allow schools to receive rebates for purchasing electric school buses. “When I think about what the experience should be for our children of going to school on the school bus, I think about the fact that it should be about maximizing that experience for them, understanding that this bus symbolizes so much about our collective investment in our future,” she said at an event in Seattle.

The announcement comes at a difficult juncture for public education in America. As a dispute over parental rights clashes with controversial sexual content in school libraries and classrooms, and secretive transgender policies continue to roil the country, likely voters say that education is among their top concerns heading into the midterm elections. A recent Rasmussen poll found that 77% of voters think education is an important issue in the election, with 68% saying they worry about schools promoting “controversial beliefs and attitudes.”

But the debate over parental rights is far from the only challenge facing public education. In September, news broke that schools are failing to provide students with basic skills. A report from the National Center for Education Statistics noted that reading and math scores for nine-year-olds had plunged at a historic rate. “This is the largest average score decline in reading since 1990, and the first ever score decline in mathematics,” the report observed.

For its part, the Biden administration has not announced any new initiatives to combat the extraordinary drops in math and reading scores.

In contrast, Virginia Governor Glenn Youngkin (R) unveiled a $30 million plan on Monday to initiate “learning recovery grants” that would “support a range of tutoring options,” including a request that schools pay parents to serve as tutors in their local schools. Youngkin attributed the low scores to what happens “when state leaders lower academic standards, dismantle accountability, fail to support and honor teachers, and ignore parents. We must empower parents, empower teachers, and have high expectations for all students.”

Meanwhile, many are seeing the low scores as further evidence to promote school choice measures in order to help children get out of failing schools and into schools of their parents’ choice, which Republican lawmakers have largely supported, and Democrats have mostly dismissed.

In July, Arizona Governor Doug Ducey (R) signed a measure into law that expanded education savings accounts to all students in the state, the first of its kind in the nation. It will allow over one million students to spend up to $6,000 per year for any school-related expense, including private school tuition or tutoring.

At the Club for Growth School Freedom Forum in Phoenix on October 11, former Vice President Mike Pence praised Arizona’s measure, remarking that the “genie’s out of the bottle” and predicting that other states will “emulate and legislate in a manner similar to Arizona.”

“I think it’s not only going to benefit generations of children and families here in Arizona, not only is it going to inspire other states about universal school choice, but I truly believe it’s the hope of the nation,” Pence said. “It’s the hope of the nation because our system of government is dependent on a well-educated citizenry — and our education system is broken today, falling behind by every measure in the world. And I think school choice, education, freedom is the antidote.”