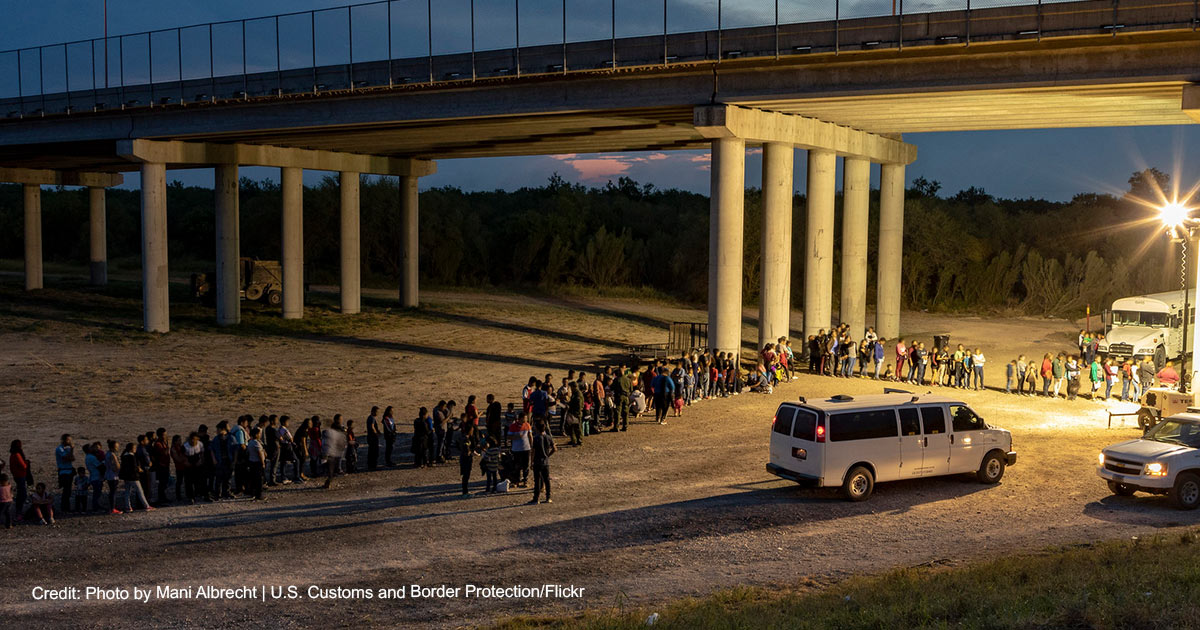 Newly released data from U.S. Customs and Border Protection (CBP) revealed that almost three million illegal immigrants crossed America’s southern border in the fiscal year ending in September 2022, obliterating the previous record by over a million. On Sunday, a Democrat congressman from Texas said the border is “not secure” and that there must be “repercussions” for illegally crossing.

Cuellar added, “I started telling the [Biden] transition team in December of 2020, this is what’s going to be happening. You all have to be ready. And if we don’t have repercussion[s] — we can be compassionate at the border, but you’ve got to enforce the law. And if you don’t return people, then this is what you’re going to have.”

The news comes as the results of a nationwide sting operation were announced on October 19 by the Immigration and Customs Enforcement (ICE) agency, which arrested 175 “unlawfully present noncitizens” for crimes including “assault, cruelty toward children, weapons violations, domestic violence, fraud, homicide by vehicle, hit-and-run, and larceny,” among others.

In addition, an explosion in the flow of illegal narcotics coming across the border led Texas Governor Greg Abbott (R) to discuss increased measures to combat the upsurge with law enforcement officials in the state recently.

“Cartels are bringing fentanyl across the border in record amounts,” he said. “Texas DPS [Department of Public Safety] alone has confiscated enough lethal doses to kill every man, woman and child in America.” Currently, fentanyl overdose is the leading cause of death of Americans between the ages of 18 and 45. In 2021 under Biden, fentanyl was involved in 77% of overdose deaths, a 46% increase from five years ago.

Rather than making efforts to address the crisis at the border, it appears that the Biden administration is attempting to cover it up. On October 17, the New York Post reported that White House officials had pressured local officials in El Paso, Texas to not declare a state of emergency due to the overflow of illegal immigrants. Days earlier, the Department of Homeland Security released 100 illegal immigrants in the middle of the city, indicating that CBP and nonprofit facilities were at capacity.

While some Democrats, like Vice President Kamala Harris, claim that “the border is secure,” many others involved in midterm re-election bids are refusing to answer if they too believe that the border is secure. Notably, President Biden has so far not visited the southern border since his inauguration.

While the illegal immigration crisis does not appear to be a priority for Democrats, polls show that immigration is among the top issues that concern voters heading into the midterm elections in 15 days. A New York Times/Siena survey released on October 17 revealed that immigration “was the fourth leading issue (out of 20 choices) on the minds of likely voters, tied with abortion.” An NPR poll conducted in August showed that 54% of Americans see the crisis as an “invasion,” including 76% of Republicans, 41% of Democrats, and 47% of Independents.