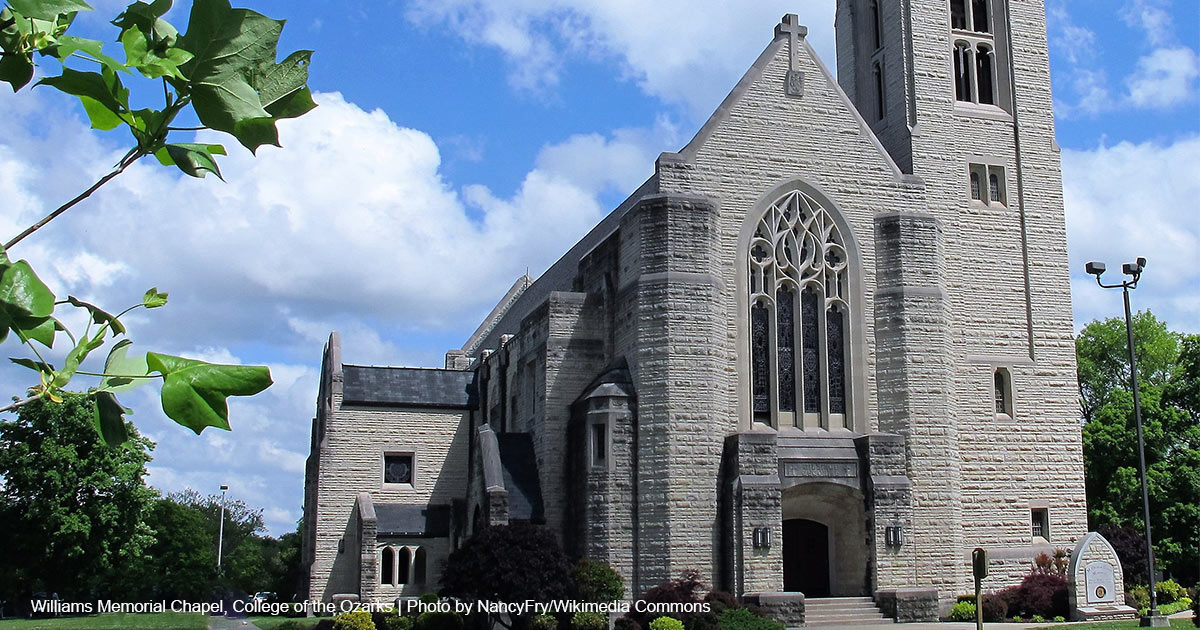 On September 9, attorneys representing the College of the Ozarks in Point Lookout, Mo. filed a petition with the U.S. Court of Appeals for the 8th Circuit asking the full court to consider the college’s case that it cannot be legally forced to allow biological men in women’s private spaces, including dorms, bathrooms, and locker rooms. The move follows a 2-1 decision by the 8th Circuit which upheld a federal judge’s ruling that “denied the college’s request for a temporary restraining order and preliminary injunction against the ban.”

Using the U.S. Supreme Court’s Bostock v. Clayton County decision in 2020 as justification, the Biden administration issued an executive order in January 2021 directing, in part, that “sex” as defined in the Civil Rights Act of 1964 should mean not just biological sex but also gender identity and sexual orientation. The executive order also amended the Fair Housing Act of 1968 with this expanded definition of “sex.” This led to a directive from the U.S. Department of Housing and Urban Development (HUD) that any person identifying as female — even if they are biologically male — must be permitted to use women’s bathrooms, locker rooms, or any other space that is designated for women only, such as women’s dormitories at colleges.

As a result, College of the Ozarks, a private Christian college, filed suit against the Biden administration in April 2021 against the directive. In its suit, the college put forward that “the HUD directive contradicts the clear wording, meaning, and historical interpretation of the Fair Housing Act, which confirms that ‘sex’ means biological sex.” In addition, the litigation noted that “the agency violated procedural requirements by not allowing public notice and comment, and that the directive violates the constitutional right of College of the Ozarks and similar religious institutions to operate consistently with their religious beliefs.”

“College of the Ozarks should be free to follow the religious tradition on which it was founded,” said Alliance Defending Freedom Senior Counsel Julie Marie Blake, who is representing the college. “The government can’t strip a private, faith-based institution of its constitutionally protected freedoms because it disagrees with its views about marriage and biological sex.”

The battle over allowing individuals who identify as the opposite of their biological sex to use the bathrooms and locker rooms of their choice began in earnest in May 2016 when the Obama administration issued a “Dear Colleague” letter that directed all schools to allow students who identify as transgender “access to such facilities [restrooms and locker rooms] consistent with their gender identity.” Soon, companies like Target began opening their sex-segregated bathrooms to anyone, and a pattern of incidents of lewd conduct began to emerge, particularly in women’s restrooms.

Subsequent incidents like the sexual assault of a 15-year-old girl by a male in the girls’ bathroom of a Loudoun County, Va. school in 2021 have only added fuel to the debate.

Many are seeing the Biden administration’s executive order as a significant escalation in the fight over access to private spaces reserved for women, as the order does not include any carve-outs for religious schools with strong beliefs about sexuality and the inherent differences between males and females.

Arielle Del Turco, assistant director of the Center for Religious Liberty at Family Research Council, lauded the college for taking a strong stance in the dispute.

“College of the Ozarks is to be commended for taking a stand and challenging the Biden administration’s directive to include members of the opposite sex in dorms and other shared spaces,” she remarked. “For Christian colleges, the Biden administration’s directive is a blatant challenge to their ability to operate as religious institutions that adhere to a biblical understanding of human sexuality.”

“Religious colleges must be free to establish housing policies that recognize the inherent differences between men and women, and provide safe and private living accommodations for their students. The First Amendment clearly protects the freedom of College of the Ozarks, and other religious schools, to articulate biblical teachings about maleness and femaleness and to live according to those religious convictions by organizing their dorms and shared spaces in a way that acknowledges those beliefs,” Del Turco concluded.