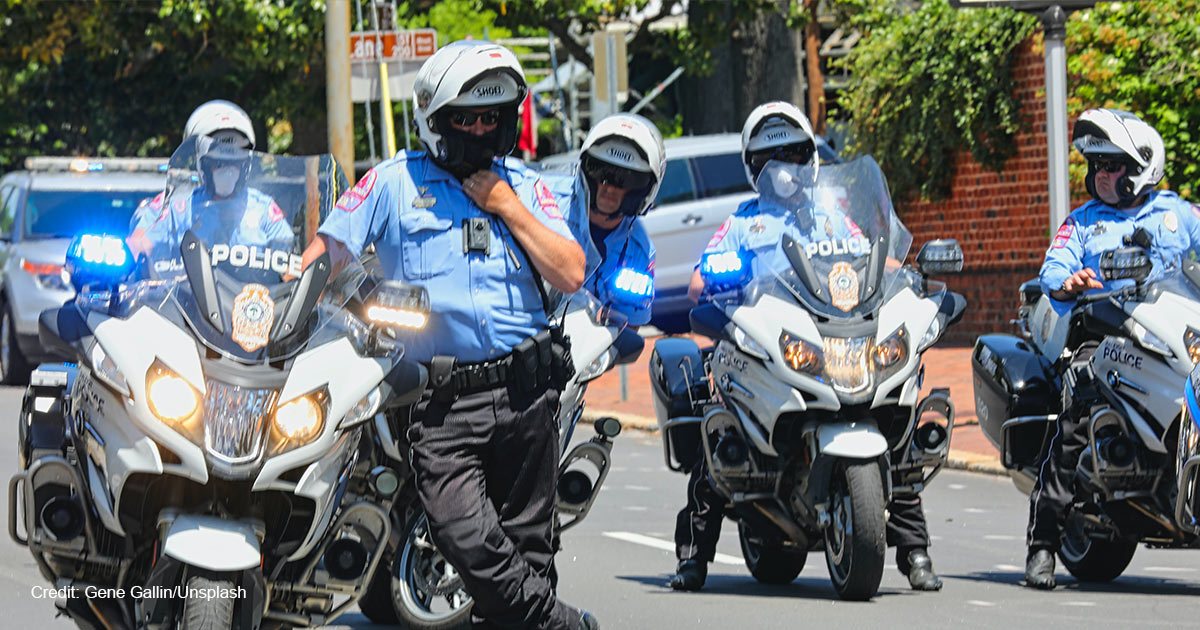 Defund or Defend the Police? President Biden Attempts to Change the Narrative

On Tuesday, President Joe Biden stopped in to give some remarks at the local university in Wilkes-Barre, Pennsylvania, near his hometown of Scranton.

“For too long, too many families haven’t had that peace of mind,” he addressed the audience. “They see hate and anger and violence just walking the streets of America, and they just want to feel safe again. They want to feel a sense of security. And that’s what my crime plan is all about.”

Biden introduced his “Safer America Plan,” his newly unveiled solution to fund policing, prevent crime, and ban assault weapons. “It’s based on a simple notion,” he said. “When it comes to public safety in this nation, the answer is not ‘defund the police,’ it’s ‘fund the police.’”

This comes in contrast to the Democrats’ strategy to defund the police in 2020 during the Black Lives Matter riots following the deaths of George Floyd, Breonna Taylor, and others — a strategy that The Hill alludes may have cost the party seats. Two years ago, cries to defund the police and the acronym “ACAB” were commonplace. Nevertheless, after revealing his plan to bolster police units across America, Biden then flipped the script and claimed that “MAGA Republicans” are the party standing against law enforcement. He referred to the events of January 6 and the officers that were assaulted, stating amidst applause, “You can’t be pro-law enforcement and pro-insurrection. You can’t be a party of law and order and call the people who attacked the police on January 6th ‘patriots.’”

“As part of the American Rescue Plan I signed into law last year, … we set aside 350 billion … dollars for state and local governments all across America, and urged them to use it … to make communities safer,” Biden recalled. “But guess what? Every single Republican member of Congress … voted against the support for law enforcement. They talk about how much they love it; they voted against the funding. Flat out.” Many Republican members of congress voted against Biden’s American Rescue Plan Act, as the spending plan provided the opportunity for $459 billion of federal funding to be used towards abortions.

Biden continued, “I know we expect so much from our law enforcement officers, so we need to support them. That’s why my crime plan to help communities recruit, hire, and train nationwide more than 100,000 additional officers — accountable officers — for community policing.”

Will increasing the police force numbers make the difference Biden hopes? Wiley Thompson, a former senior director of the FBI for 25 years, told The Washington Stand that the president’s plan to get the federal government to fund police is not as novel as it seems. When former President Bill Clinton claimed that his 1994 crime bill efforts to fund 100,000 police officers resulted in a drop in crime, The Washington Post gave his statement three pinnochios for “significant factual error.”

“In present-day circumstances, with support for police at record lows especially among elected officials who control the purse strings, President Biden’s proposition is rather curious and certainly disingenuous,” Thompson commented to TWS. “Clinton led the same initiative during his term in office, and as an FBI Senior Executive with field division command I vividly recall the results. I agree ... that the additional officers were not the driving force behind the reduction in crime. In fact, the federal legislation placed restrictions on the use and duration of COPS/DOJ money for hiring, resulting in many departments refusing to accept the funds knowing that in five years state or local government would have to assume sole responsibility for the salaries.”

“So, while the bill made a big splash and earned Democrats political points, the outcomes were modest,” Thompson remarked.

What should people make of Biden’s Safer America Plan? Thompson is not optimistic that the president’s plan to reduce crime is going to solve the problem. “I judge politicians not by what they say, but what they do,” he told TWS. “The president’s proposal lacks merit. It’s superficial and completely misses the point. True, we need more police to stem the rise in crime but first we need to rid our communities of liberal politicians and prosecutors who have no respect for the Constitution or laws. These elected officials at all levels of government represent a clear and present danger to the majority and are why police can’t hire or retain the best officers.”

“Adding another 100,000 cops to the streets will do nothing to help conditions unless there’s a radical change in thinking among leftist politicians who disrespect the Constitution,” Thompson remarked. “At the same time the president is proposing a legislative solution to rising crime, some vocal Democrats continue to call for the defunding of police. This does not go unnoticed among the men and women in blue.”

The numbers aren’t friendly towards Biden’s plans. In recent years, police officers have been quitting in droves, leaving departments across the country heavily understaffed. The stats reflect considerably low police morale emerging from all the chaos and crime that 2020 brought, as the New York Times reported last April a 45% increase in police retirements and an 18% increase in resignations. In the wake of the Defund the Police movement, Portland, Oregon experienced a mass exodus of these front-line first responders. Not only are major American cities struggling to recruit and retain police offers to keep up with the pace they are leaving, but a violent crime wave has been sweeping across these cities. New York and D.C. are leading the charge with record high incidents.

Ken Blackwell, a senior fellow at FRC and the former mayor of Cincinnati, says the American people are smarter than to be gaslit by Biden’s abrupt change of police narrative. “People realize a number of things,” he told TWS. “One, this has been an administration that has warmly embraced the whole defunding the police movement, and what that has resulted in.”

“As a former mayor, I look at these things [like] response time [and police departments being] understaffed,” Blackwell added. “And you have police officers that are reluctant to take direct action. And you have a response time to calls for assistance as high as 35, 45, 55 minutes. It doesn’t take a genius to understand that in that amount of time, there’s a lot of death and destruction [that can happen]. And so they bear responsibility for this escalation in crime, and this direct assault on the moral order of our nation and our communities.”

Blackwell attributed the rise in crime and its handling to a fading moral compass. “It’s part of a broader philosophy and behavioral pattern of this administration,” he continued. “They have attacked and reduced the influence of the church and the spiritual and moral vitality of our culture. They promoted public policy that takes the life of the innocent. They have turned a blind eye to public policies that allow violent criminals to be put back on the street at the blink of an eye after having committed crimes that have been caught on videotape.”

Blackwell concluded, “So, it becomes the height of hypocrisy for this administration to say that they are the guardians of public safety, of safe streets, when they have really advanced a set of policies that break down decent governance, our cities, our states, and our nation.”