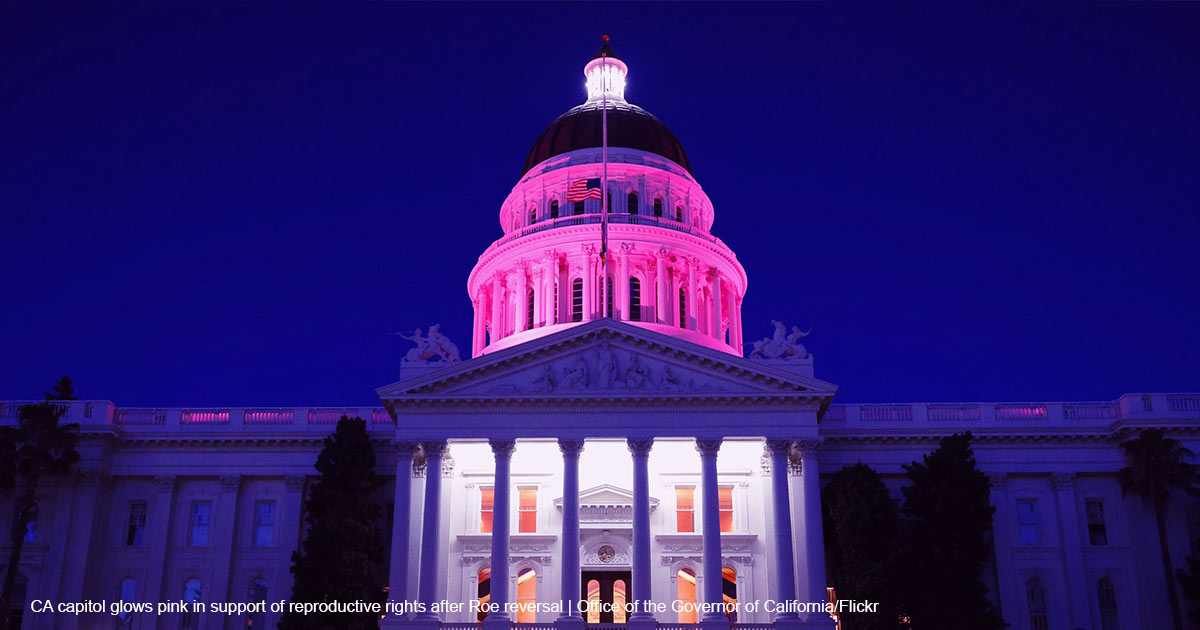 “The Republicans are plotting a nationwide abortion ban. They cannot be allowed to have majority in the Congress to do that. That’s their goal,” Speaker Nancy Pelosi (D-Calif.) warned on June 24 to a mix of cheers and tears surrounding the Supreme Court Dobbs decision.

Since the overturning of Roe v. Wade, the abortion issue’s return to the states has sent ripples through both sides of the aisle. For many Republicans, the victorious celebration has been laced with the urgency to pass pro-life state legislation. For Democrats, they have remained bent on the speaker’s stated mission to maintain their congressional majority and federalize abortion. They have poured time, resources, and media into channeling the anger of pro-abortion advocates to rally blue voters for the polls.

In fact, with voters deciding on several abortion-related issues on the ballot, AP News reports that Democrats have ramped up this year’s ad spending on abortion issues by nearly 20 times more than in past elections as they stake their hopes on the issue bringing them a win. Last month alone, TV ad spending for abortion issues surpassed $73 million. In total, over $124 million has been spent this year.

Now, with a pro-life victory on their hands after years of fighting, Republican messaging has leaned on Joe Biden, the economy, crime, and border security, as proven in recent senatorial candidate debates. As safety concerns remain talking points, Republicans are airing pro-police ads and messaging against soft-on-crime Democrat counterparts.

Despite the media attention zeroed in on abortion, polls are clear that voters are primarily interested in other issues. According to Reuters, for over 56 weeks in a row, the economy has remained voters’ number one concern. Even Senator Bernie Sanders (I-Vt.) warned his Democratic friends not to fixate too heavily on abortion while ignoring issues of the economy, as well as health care and climate change. Reflected in an ABC News/Washington Post poll, abortion is not voters’ most important priority compared to a broken economy, education, inflation, and high crime — all of which have profoundly affected American households in recent years.

FRC Action director Matt Carpenter told The Washington Stand that, contrary to media messaging, the abortion issue only fires up the pre-existing Democratic voter base, rather than rally new voters to vote blue. “Since the Dobbs decision, polling has shown abortion emerging as a top issue for voters behind kitchen table issues like the cost of living, crime, and border security,” he explained. “However, when you dig into the numbers a little more you’ll typically see that the abortion issue is salient only among a subset of the Democrat party’s base: generally younger, liberal, female voters. These voters were already baked into the Democrat party’s base, they were either going to vote Democrat or stay home.”

Carpenter chalks up the amplified abortion messaging to a struggling effort to please a dissatisfied base. He told TWS, “The Democrats’ insistence on abortion as a campaign issue should be seen as an effort to stop the bleeding their party has experienced as voters look elsewhere for leadership on bringing the cost of living down, getting crime under control, and securing the southern border.”

Approval ratings across the board are less than satisfactory. While President Biden teeters at a 40% approval according to Reuters, several other institutions in various branches of government stagger well below voter expecations. Gallup reports a Supreme Court all time low of 25%, as well as a 23% approval rating for Congress.

The Washington Post recently analyzed that Republicans have had an energetic primary turnout at the polls, an indicator which often predicts a party’s performance in the midterms, despite other competing factors at play. Carpenter chimed in to TWS: “Primary turnout is a key indicator of which base is more motivated to turn out and vote. … The emergence of abortion as an issue for voters might help the Democrats prevent the bottom from falling out within their own coalition, but it will not save the Democrat’s congressional majorities.”