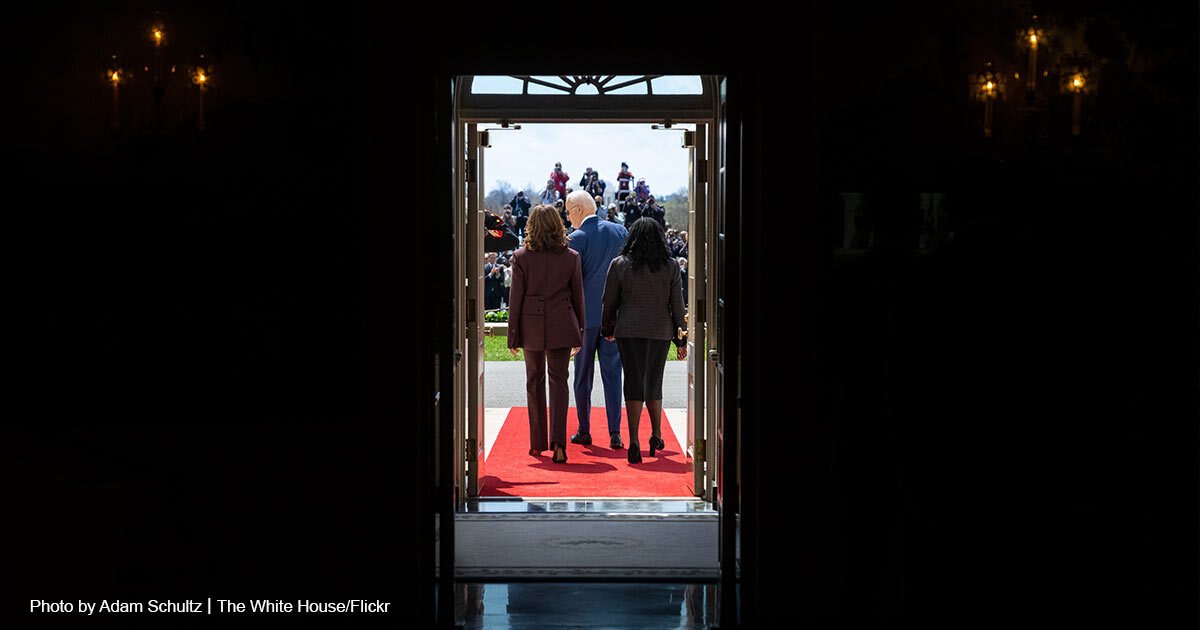 As the scandal over Joe Biden’s classified documents widens, Democrats may finally be jumping ship. After weeks of holding their fire, party leaders showed the first signs of turning on the president after Friday’s revelations that a fifth batch of documents had been found at the Bidens’ Delaware home. In a string of interviews across the Sunday shows, the White House’s support seemed to crumble, as one Democrat after another blasted the president for his carelessness.

Biden should be “embarrassed by the situation,” the Senate’s second-highest ranking Democrat told CNN. “There’s a standard we follow when it comes to members of Congress and classified information,” Dick Durbin (Ill.) said on “State of the Union.” “To think that any of them ended up in boxes in storage one place or the other is just unacceptable.”

Senator Joe Manchin (D-W.Va.), who, like many Americans, was stunned to hear the president say he had “no regrets” about the revelations, argued that Biden “should have a lot of regrets. …[I]t’s irresponsible.” But it’s more than just “irresponsible,” the House’s new Oversight and Accountability Chair James Comer (R-Ky.) explained on Fox News. It’s “downright scary.”

Some of the files, which attorneys say date back to his time in the U.S. Senate, raised serious questions from current senators like Ted Cruz (R-Texas). “How on earth did he do that?” Cruz asked. “I’ve served in the Senate for 10 years. EVERY single classified doc I’ve read — 100% — have been in a secure SCIF in the basement of the Capitol.”

Meanwhile, the White House’s strategy seems to be projecting Biden as the picture of cooperation — a strategy that former prosecutor Andrew McCarthy says is nothing but a phony façade. “To try to stave off this chain of political disasters, Biden has decided to pose as a dedicated public servant who cooperates unfailingly with law enforcement because he has nothing to hide. Don’t fall for it,” McCarthy argues. “Team Biden has been playing games for two months. And clearly the president not only has things to hide; he has been hiding some of them for over 15 years.”

“A guy who has nothing to hide does not retain high-priced lawyers to pack up his private office,” McCarthy went on. “… Having lawyers pack up is the kind of thing you do when you’re a Democratic president who raked in millions of dollars from operatives of foreign governments, and when Republicans are about to take control of the House — and use its subpoena power to investigate.”

At the end of the day, McCarthy insists, “The president did not consent to an FBI search of his home because he is unconcerned. He consented to it because he knew law enforcement had more than sufficient evidence to compel a search of his home. From his standpoint, with his 2024 reelection hopes now teetering, it was better to pose as a cooperative volunteer than be forced to open his door to federal agents brandishing a judicial warrant.”

For now, Team Biden seems to be using the same game plan with Comer’s House investigation, which the president’s team promises to accommodate. In a letter to the Kentucky legislator, the White House says it will comply with “legitimate oversight interests within the Committee’s jurisdiction,” warning that it must also respect “the separation of powers and the constitutional and statutory obligations of the Executive Branch generally…” Still, White House Counsel Stuart Delery wrote, “We look forward to engaging in good faith with you and your staff regarding your requests.”

Comer will believe it when he sees it. On “Washington Watch” Friday, the chair told Family Research Council President Tony Perkins, “I could make a strong argument that the Biden administration is the least transparent administration in history. And the way they’ve started off in the first two weeks of my tenure as chairman of the House Oversight Committee, which is supposed to be a check and balance on the administration, I can tell you — I don’t see it getting any better anytime soon.”

The appointment of a special counsel has Comer’s antenna up. “I’ve always been critical of the special counsel process. This is something that I don’t believe has ever proven its worth. …[M]y fear is when they appointed a special counsel for Joe Biden’s mishandling of classified documents, that they would try to use that as a shield for saying, ‘Well, we would work with you, and we would give you the information … but we can’t because the special counsel is investigating it.’”

The irony, Comer said, is that he always felt there would be a special counsel, “but I [thought] it would be over Hunter Biden’s shenanigans and not Joe Biden’s mishandling of classified documents.”

That matters, Comer went on, because “when you find out that there are classified documents there — where potential Chinese Communist Party members are going in and out of. Then it’s a concern when you find out that Hunter Biden, who’s a national security risk, and Joe Biden’s brothers who have influence-peddled for two decades, are going in and out of a house where documents are just sitting in a garage. Then it’s a concern. So we are investigating Biden to determine whether or not this administration is compromised, because it makes no sense of all the money they’ve received from China.”

It’s a big job for the new majority — especially considering the other crises that deserve Comer’s attention — but he says Republicans are up to the task. “I have 25 other members of the House Oversight Committee. I would argue that they’re some of the top members of our entire conference. They’re aggressive. They work hard. … I believe that we’ve got plenty of places to start our investigation, and we’re going to go wherever the information leads us.”