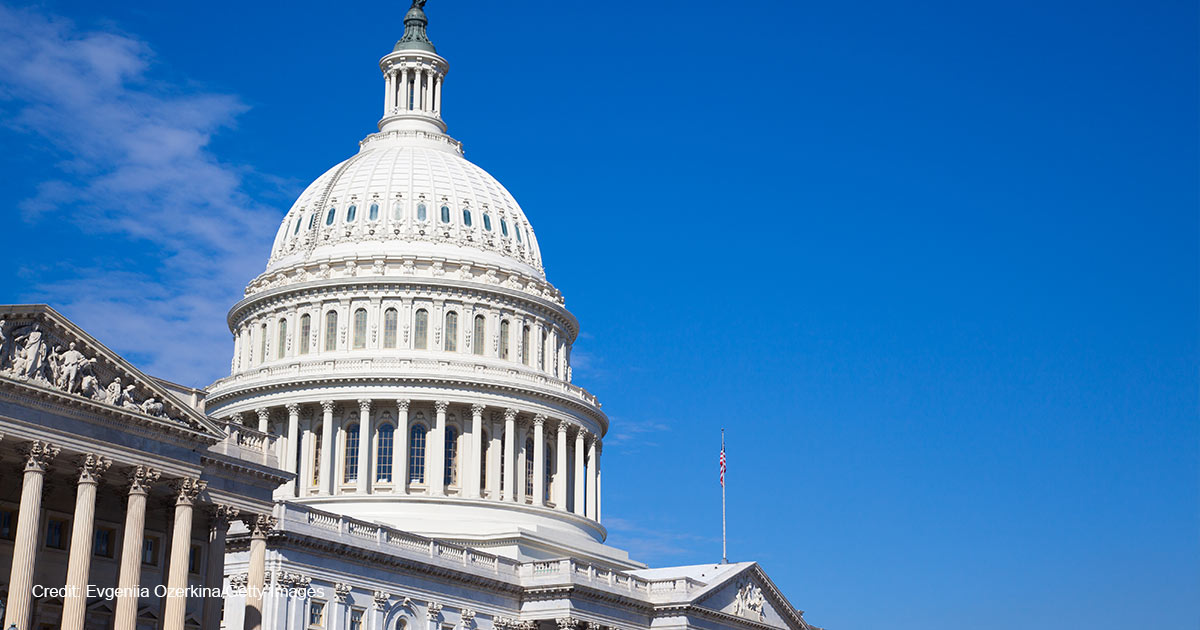 Senate Democrats have crammed a bill to codify same-sex marriage into a continuing resolution to fund the government past September 30. “We need the federal government to pass funding authorizations by the end of September,” explained Travis Weber, FRC’s vice president for Policy and Government Affairs, on “Washington Watch.” But codifying same-sex marriage is “still obviously unacceptable, whether a standalone vote or attached to funding bills.”

The U.S. House of Representatives has already passed a standalone bill to codify same-sex marriage, controversially titled the Respect for Marriage Act. “It’s actually the Disrespect for Marriage Act,” said Weber. It would officially “repeal the Defense of Marriage Act” (DOMA) and create “a host of problems for religious liberty,” he continued. The Supreme Court blocked DOMA, which defined marriage as the union of one man and one woman, in 2012 to pave the way for same-sex marriage, which “was institutionalized by the court” in 2015.

However, the Respect for Marriage Act has taken a back seat in the Senate to more pressing concerns, including a bill to fund the government beyond September 30. Senate Democrats have decided to evade gridlock by adding the text of their same-sex marriage bill into the funding package. This not only moves the legislation to the front of the line, but it also aims to make Republicans choose between funding the government and affirming a biblical definition of marriage.

The funding bill needs 60 votes to override a potential Republican filibuster, which means all 50 Democrats will have to convince at least 10 Republicans to join them in approving it. Some Republicans have already expressed support, such as Senator Susan Collins (R-Maine), who endorsed the codification of same-sex marriage on Tuesday in The Washington Post.

On the other hand, FRC President Tony Perkins, who hosts “Washington Watch,” said some senators are already hearing from their constituents. He told listeners on Tuesday, “Now they know they’re going to have some difficulty with this because, folks, quite frankly, you’ve been doing your job. I know this because I’ve talked to some senators and some congressmen who have heard from you during the break that, look, you don’t want this.”

One important reason why conservatives and Christians don’t want same-sex marriage codified is “the threat that this poses to religious freedom,” said Perkins. The bill’s sponsors have sought to assuage fears about religious freedom by including amendments to protect it, but Perkins called them “hollow efforts.” The amendment “tries to carve out” exceptions for religious institutions, he said, but “the First Amendment is not for institutions. It’s for individuals. … I do not see a way to reconcile true religious freedom, the ability to live your faith, with codifying a redefinition of marriage into federal statutes.”

In recent years, the Left has challenged the religious nature of all sorts of organizations, from Hobby Lobby to Family Research Council. If religious freedom is restricted only to organizations that are officially classified as religious, it raises the stakes over which organizations classify as religious — a struggle the Left has already launched. That’s why Perkins is sounding the alarm. “It will accelerate what we’ve seen over the last seven years since the Obergefell decision. … So, anyone who does not celebrate and embrace same sex marriage, it’s legitimate to go after [them],” he said. “It’s open season on those ‘bigoted, MAGA Republicans.’”

Weber agreed. “President Biden reminded us [in his Friday speech], the issues that that we all care about, issues of concern to social conservatives like family and freedom, are squarely in the sights of our political opponents. This bill is Exhibit Number One.” He continued, “we’ve seen this unfold over the past number of years: small businesses being put under the gun by governments, forcing them to compromise their faith in order to continue operating, the threat to nonprofits, religious schools. … People in the workplace, small business owners, religious schools, other religious nonprofits, in addition to churches, and the ability of pastors and congregations to exercise their faith — these are all areas of religious freedom concern.”

Codifying same-sex marriage would be even worse than the court imposing it, warned Weber: “If this bill passes, it would lend fuel to the fire for those claiming that there is a national public policy on same-sex marriage because it’s legislatively passed. [It’s] very different from the court’s erroneous decision that we’ve been living with, but [is a] false, unconstitutional decision that claims there’s a constitutional right. Here, the people’s representatives are passing a law.”

These concerns are only the tip of the iceberg; Weber said there are a “host of reasons” to reject the codification of same-sex marriage at frc.org/defendmarriage. Perkins left listeners with this call to action: “Folks, you need to call your senators and tell them to oppose this.”