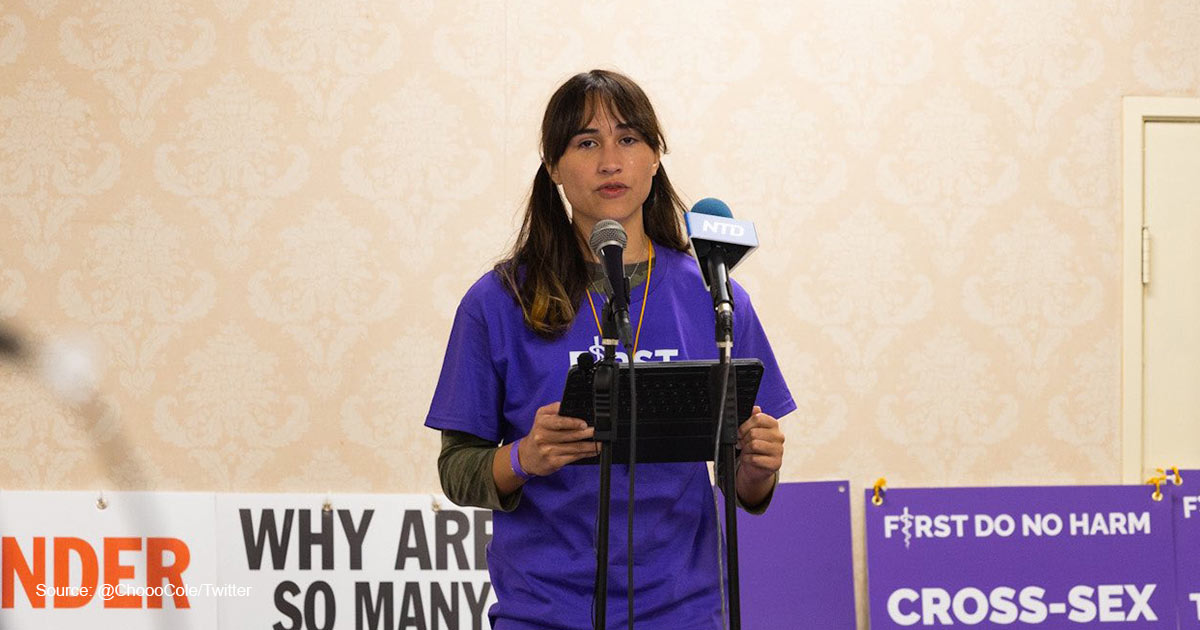 An 18-year-old advocate for the rights of children who struggle with gender dysphoria is filing a lawsuit against a California-based health care company for “breaching the standard of care” when it recommended and performed puberty blocking drugs, hormone therapy, and surgical transition procedures on her as a minor. The news comes as legacy media outlets are beginning to acknowledge the significant health risks that puberty blocking drugs and gender transition surgeries pose to minors.

On November 9, Chloe Cole filed a notice of intent to sue against three doctors along with the Permanente Medical Group and the Kaiser Foundation Health Plan for “perform[ing], supervis[ing], and/or advis[ing] transgender hormone therapy and surgical intervention for Chloe when she was between 13-17 years old, which constitutes breach of the standard of care.”

The lawsuit notes that as a result of undergoing “puberty blockers, off-label cross-sex hormone treatment, and a double mastectomy” at the advice of her doctors, Chloe now has “deep emotional wounds, severe regrets, and distrust for the medical system,” and has “suffered physically, socially, neurologically, and psychologically.”

The litigation further cites studies showing that “the vast majority of childhood gender dysphoria cases resolve by the time the child reaches adulthood, with the patient’s self-perception reverting back to align with their biological sex” and that “gender dysphoric individuals who undergo sex reassignment continue to have considerably higher risks for mortality, suicidal behavior, and psychiatric morbidity as compared with the general population.”

The lawsuit concludes that the “Defendants intentionally obscured these facts and defrauded Chloe and her parents in order to perform what amounted to a lucrative transgender medical experiment on Chloe.”

“It’s a medical malpractice case and I want to hold the adults who put me in harm’s way accountable,” Cole told Fox News. “What happened to me is horrible, (but) it didn’t only happen to me. That’s the worst part. It’s happening to children all over the U.S., all over the West, and it’s spreading all over the world. I want to be able to create a precedent for people who have been in my situation to find justice.”

Cole, who has since decided to “detransition,” has become an outspoken advocate for the detransitioner movement.

Meanwhile, The New York Times published an extensive piece on Monday acknowledging that “concerns are growing about long-term physical effects and other consequences” of puberty blockers. This is particularly notable as legacy media outlets have previously been exceedingly hesitant to concede evidence showing the harms of gender transition procedures on minors.

The Times story admits that “there is emerging evidence of potential harm from using blockers, according to reviews of scientific papers and interviews with more than 50 doctors and academic experts around the world.”

It reported that a study that the Times itself had commissioned “observed that while on blockers, the teens did not gain any bone density, on average — and lost significant ground compared to their peers.” The report also laid out the concerns of a number of doctors “that puberty blockers may somehow disrupt a formative period of mental growth. With adolescence comes critical thinking, more sophisticated self-reflection and other significant leaps in brain development. Sex hormones have been shown to affect social and problem-solving skills.” It went on to state that “infertility is among other lasting effects for patients who start blockers at the first stage of puberty and proceed to hormones and surgery.”