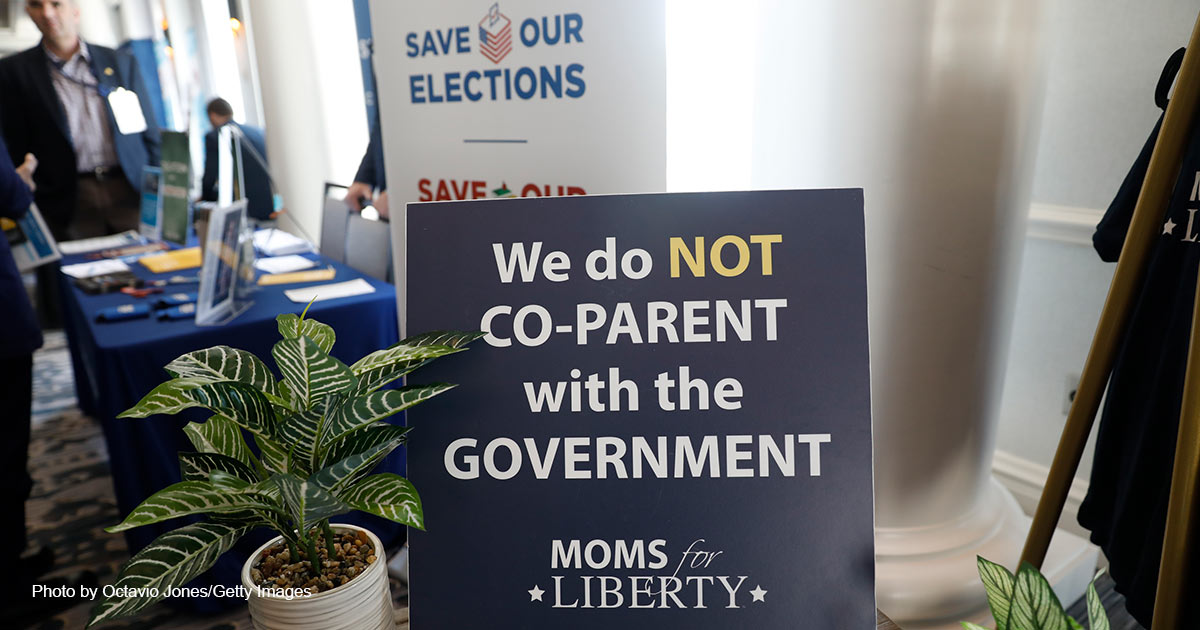 Just as school bells across the country begin ringing for another semester of class time again, Florida conservatives are running another victory lap around the school yard.

“It’s the culmination of a lot of hard work,” Meg Kilgannon, Family Research Council’s senior fellow for Education Studies, told The Washington Stand. “It’s a reflection of Florida citizens’ anger at the school boards in red counties and a red state acting like they live in blue counties and blue states. A lot of these places very publicly and strongly pushed back on implementing the governor's recommendations on masking for students and following the federal guidelines. This is a big part of why you’re seeing this big turnout right now.”

For several years, DeSantis has made headlines for being vocally against left-leaning ideologies being taught in the Florida education system. While his efforts have been dubbed by some mainstream outlets as waging a “war on education,” his ear towards those disgruntled with public education has made him a popular choice among voters and parents, and groups such as Moms for Liberty. A proponent of school choice, DeSantis has particularly vied against strict classroom COVID-19 masking policies, teaching LGBTQ+ curriculum to elementary-aged students, and critical race theory. With Americans leaving the public school system by the millions in recent years, DeSantis’s views on education have made him popular with conservatives since his election in 2019.

Notable from Tuesday’s primaries, Sarasota County School board flipped from a 3-2 left-leaning majority to a 4-1 conservative board, as Bridget Ziegler, Robyn Marinelli, and Timothy Enos won their respective races. In Miami Dade, candidates Roberto Alonso and Monica Colucci, helped the county become “the largest … in America with a conservative school board majority.” In the Duval County/Jacksonville area, Charlotte Joyce and April Carney took the wins and tilted the school board from liberal to conservative.

Ryan Girdusky, founder of the 1776 Project PAC, told TWS, “The 1776 Project PAC worked incredibly hard in the Florida school board elections and campaigned on behalf of 49 candidates. Voters elected 35 of them and we are incredibly proud of all they managed to accomplish during the campaign.”

Girdusky’s PAC has helped conservative candidates win school board races across the country in a move to pushback against critical race theory and other left-leaning ideologies like transgenderism. From his perspective, parents will vote for what they believe benefits their children. “Education is the cornerstone of our society and is a huge motivating factor for voters,” he told TWS. “We are in the middle of the parents revolution and taking back our public education from those who wish to indoctrinate our children. This is the beginning of a much bigger movement that we hope to take nationwide.”

According to Kilgannon, Family Research Council was among the first voices calling for Christians and parents to run for school board to transform the education system and fight against left-leaning ideologies in the classroom. “That has absolutely happened,” she shared, “And so we need to support these folks with our prayers and with practical support. … People who care about the things that we care about realized how out of touch and out of step our educational establishment is with the wishes and needs of parents and children. And so they have stepped into the breach. They have run for office, and they are now ready to serve. They’ve been elected and now they’re ready to serve. So it’s our job now to support them in their work and to make sure that they have the research, the policy ideas, the facts that they need to transform our educational system and to work for children in America.”

FRC Action’s Matt Carpenter told TWS that voters trending towards pro-education candidates is nothing new, as voters care about protecting their children. “We saw Glenn Youngkin (R) win with a pro-child, pro-education reform message in Virginia last year, and Tuesdaynight’s school board elections in Florida show the enthusiasm among parents to protect their kids from harmful ideologies has only intensified. Look no further than Miami-Dade and Duval counties, these counties typically go blue come election time. But, parents in those respective counties just voted out-woke school board members in favor of [conservative] school board members.”

As far as he’s concerned, “America is in the midst of a historic political realignment, much has been said about the movement of Hispanic voters and working class voters away from the Left, but we’re seeing another key demographic — parents — move away from the Left as well. The results of Florida’s school board races last night confirm this trend.”

According to Carpenter, “The most important government is the government closest to home, so when parents stream to the polls to toss recalcitrant ideologues off their local school board they are sending a clear message: teach our children to read and write, not gender ideology or dividing them by race.”