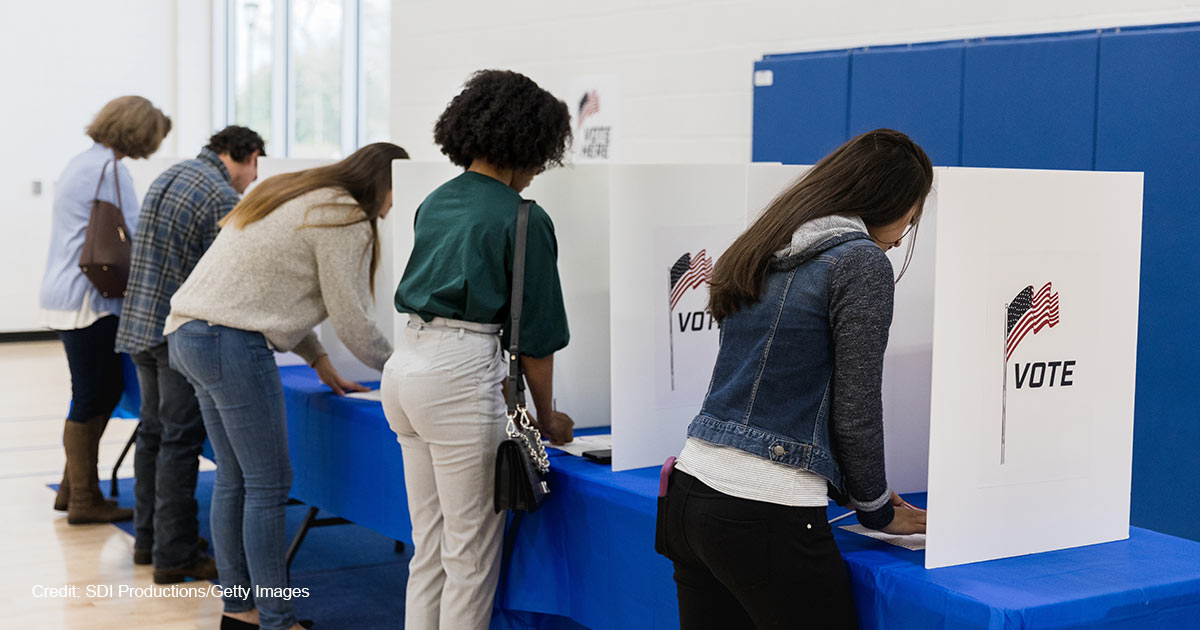 A common refrain in politics has always been, “If you don’t like how the country is being run, make your voice heard in the next election” (or some variation thereof).

But after serious voting irregularities surfaced during the 2020 presidential election, causing widespread concern over the validity of the results, many Americans are approaching the 2022 midterm elections with a nagging pit in their stomachs: What if mine and the voices of millions of my fellow citizens are rendered silent by voter fraud?

A recent survey conducted by Rasmussen Reports and The National Pulse found that voter fraud is an alarmingly common concern for American voters heading into the midterms this November, which millions of citizens are seeing as a golden opportunity to send President Joe Biden a clear message that his policies are failing America.

The poll found that 50% of likely U.S. voters think “It is at least somewhat likely there will be widespread cheating that will affect the outcome of this fall’s congressional elections, including 24% who say it’s ‘very likely.’” The poll also found that 52% think that it is “somewhat likely” that fraud affected the outcome of the 2020 election, with 36% saying that it is “very likely.”

Ken Blackwell, senior fellow for Human Rights and Constitutional Governance at Family Research Council, started to become much more keenly interested in the issue of election integrity after he noticed some rare anomalies in the 2020 election results.

“One that really got my attention is the fact that every president who has gained votes in a reelection campaign has also won reelection for the last 150 years, and Trump gained a little under 12 million more votes in 2020 as compared to 2016, but somehow Biden pulled off a miracle,” Blackwell told The Washington Stand. “[In addition], Obama won 873 counties in 2008 while Biden won 524 counties in 2020, but somehow outdid Obama in total votes. Biden also became the second president in 168 years to lose Ohio, Florida, and Iowa [and still win the election]. The last thing I took a look at … was that Trump won 18 of 19 bellwether counties, which have a near perfect record over the last 40 years in determining the winner.”

“We have been working with counties across the country to take a look at their verification systems, and we’ve strongly advocated that they put photo ID requirements in place,” he explained. “We’ve worked to discourage the use of unguarded, insecure drop boxes. We felt that it was a good practice to encourage in-person voting on election day.”

Blackwell continued, “We wanted to make sure that we did away with the infusion of private dollars selectively used to one party’s advantage and the other party’s detriment, and the most noted case was Zuckerberg’s investment of $500 million in selected counties. You could group three states — Arizona, Wisconsin, and Pennsylvania — and if you changed just shy of 15,000 votes at the precinct level, Trump wins and Biden loses. … You [don’t] have … to be locked into decertification and calls for an overturning of the election, but it is prudent to take a look at the anomalies, irregularities, [and] unconstitutional actions that produced a result that doesn’t hold widespread voter confidence.”

“Our goal has been to make it easy to vote, but hard to cheat,” he noted. “We’ve worked with county election officials at the precinct level. In 2020, because of COVID and a lackadaisical approach to election administration in some states and some counties, there were tens of thousands of precincts that went uncovered. [The coalition] has been doing … poll worker training in seven to 15 targeted states. For example, on August 6, [the coalition] did training of precinct workers in Arizona. This was after the [August 2 primary] election. What we realized in the primary elections is that we had better poll coverage because of training that was conducted by Tea Party Patriots and the Conservative Partnership Institute. We now have great coverage in the primaries, and they’re going to have even better coverage [going forward] with trained poll workers.”

Brent Keilen, vice president of FRC Action, was encouraged by the recent gubernatorial election in Virginia in November 2021, in which 3,500 poll watchers were trained to oversee an election that most agree was largely free of irregularities, as well as by state legislation focused on combatting voter fraud.

“Over the last year and a half, there have been hundreds of bills introduced across the country to strengthen election integrity,” Keilen told TWS. “Significant election integrity legislation has been passed and signed into law in key states like Georgia, Florida, Arizona, and Texas. Numerous concerned citizens have also volunteered to be poll watchers in their local elections. These have been meaningful steps in the work to ensure it is easy to vote but hard to cheat at the ballot box.”

Blackwell was equally positive about the outlook of election integrity going into November’s midterms.

“I like to use the biblical reference in John 3 where it says, ‘And those who would do evil love the darkness.’ The one way to bring transparency to the process is to make sure that there are eyeballs at the most basic [level] — the precinct level. That’s where we start. Whether it’s Arizona, Wisconsin, Pennsylvania, Georgia, or Michigan, we are now training legions of poll workers to exercise their citizenship … Polling places across this nation will be considerably better covered than they were in 2020.”