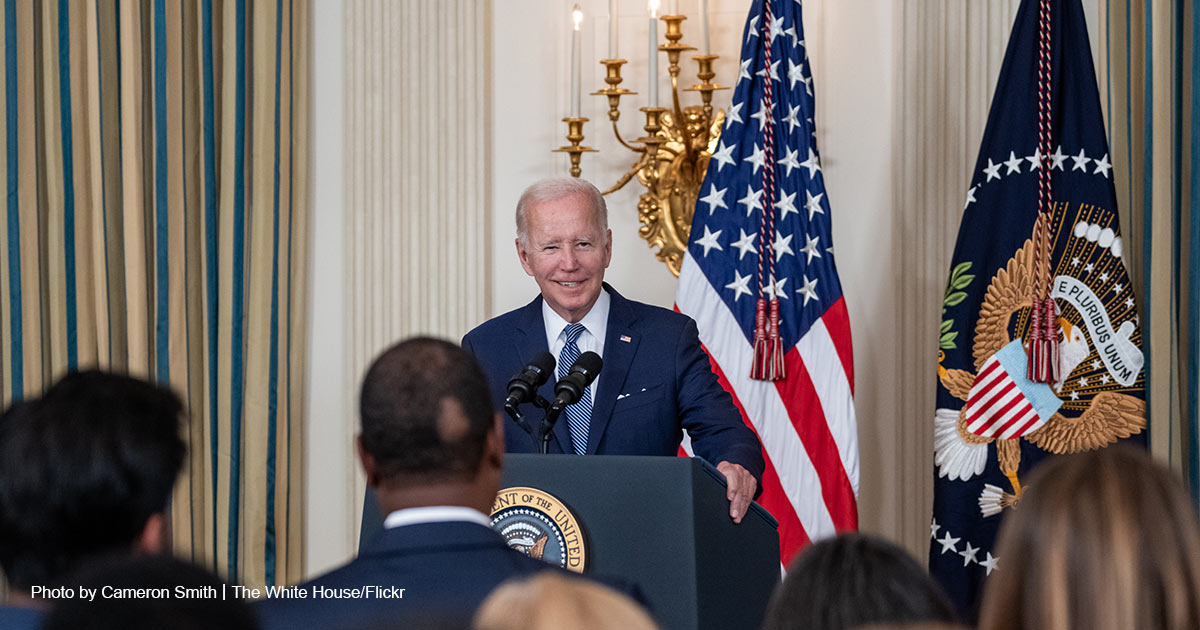 Following President Biden’s pardon of thousands of individuals convicted of marijuana possession at the federal level, experts say the president is continuing a pattern of lawlessness stretching back to the beginning of his presidency.

On Thursday, President Biden issued pardons to an estimated 6,500 people convicted of marijuana possession as a federal offense, not counting thousands more convicted of the crime in the District of Columbia. This is far and away the most pardons ever given by any president.

Observers are pointing out that Biden is skirting the law by issuing the pardons and ignoring the fact that federal law still classifies marijuana as a Schedule I drug that is illegal to possess, use, buy, sell, or cultivate. “President Biden said that ‘no one should be in jail just for using or possessing marijuana,’” National Review senior writer Charles Cooke wrote. “ … But this isn’t Biden’s call to make. As the president, his job is to ‘faithfully execute the laws’ as they are written, not as he would like them to be written.”

Many are pointing to a pattern of other examples of Biden ignoring the law since he took office. In August 2021, the Biden administration extended the moratorium on landlords being able to evict tenants that are not paying rent by using a CDC emergency declaration because of COVID-19 as justification. But by Biden’s own admission, “The bulk of the constitutional scholars say it’s not likely to pass constitutional muster.”

In November of 2021, the Biden administration attempted to require all employers with 100 employees or more to “ensure each of their workers is fully vaccinated or tests for COVID-19 on at least a weekly basis.” But the Supreme Court struck down the mandate, saying that the OSHA policies used to justify the measure do not give “that agency the power to regulate public health more broadly.”

In August 2022, the Biden administration announced that it would forgive up to $10,000 of federal student loans (as well as $20,000 for Pell Grant recipients) for millions of borrowers. But as many have noted, the Constitution states that “‘No Money shall be drawn from the Treasury, but in Consequence of Appropriations made by Law’ and the fact that the president has no legislative authority to dictate those appropriations.” The administration further tried to justify the loan cancellation under an “emergency” COVID-19 declaration, even though Biden declared that the “pandemic is over” in September.

By taking these actions without seeking congressional approval, many are observing that Biden is flagrantly abusing his executive power. “He refuses to take care that the laws be executed; he is taking care that they be flouted, and stripping Congress of the power to decide whether to repeal them,” wrote National Review senior writer Dan McLaughlin on Thursday in response to Biden’s marijuana possession pardons and other actions that he deemed unlawful. “… Biden’s repeated and open violation of his oath of office, his constitutional obligations, and the constitutional limits on his office would richly merit his impeachment and removal.”