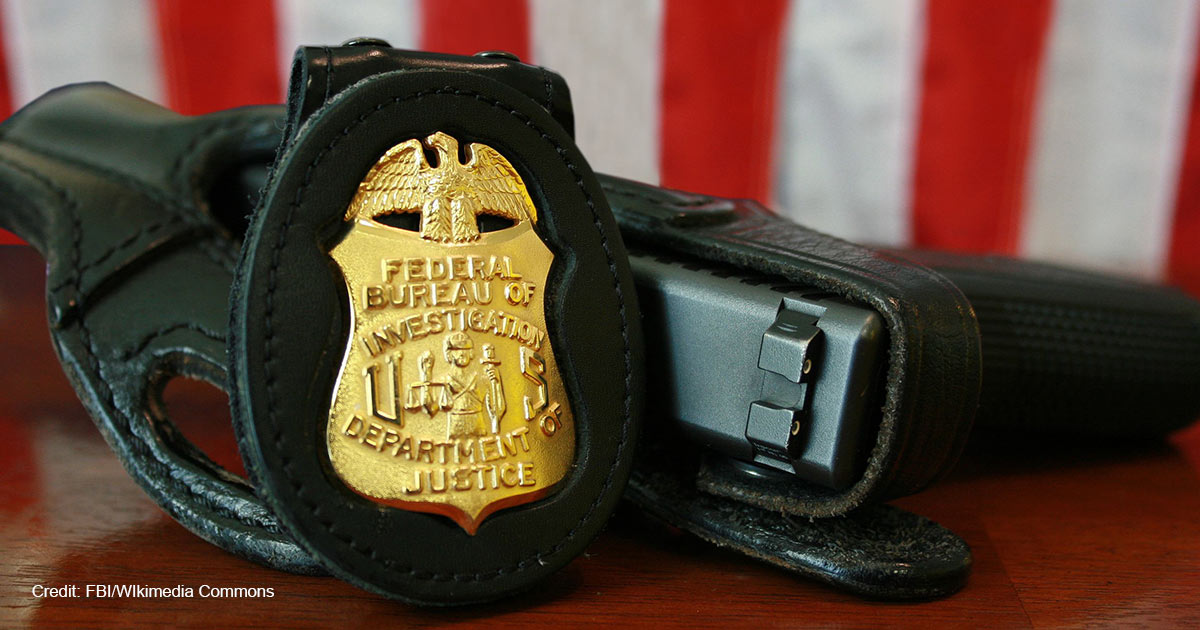 FBI Sends Team of Agents to Arrest Pro-Lifer While Making No Arrests for PRC, Church Attacks

A large contingent of FBI agents arrested a pro-life activist at his home on September 23 over an almost year-old and highly disputed incident with a pro-abortion supporter outside an abortion facility in Philadelphia. Meanwhile, no arrests have been made in the FBI’s now three-month long investigation of attacks on dozens of pregnancy resource centers and pro-life organizations since May.

At approximately 7 a.m. on the morning of September 23, a contingent of FBI agents arrived at the home of pro-life activist and Catholic ministry leader Mark Houck in rural Pennsylvania and arrested him for allegedly violating the Freedom of Access to Clinic Entrances (FACE) Act. The number of agents involved in the arrest is disputed, with an FBI source telling Fox News that 15-20 agents were involved, while Houck’s wife Ryan-Marie told LifeSiteNews that “25 to 30 FBI agents swarmed their property with around 15 vehicles.” Ryan-Marie also maintained that the agents pointed their weapons at Houck and herself, while an FBI source claimed to Fox News that the agents “had guns out and at the ready … but the guns were never pointed at Houck or his family and were lowered or holstered as soon as Houck was taken into custody.”

Houck was arrested for allegedly “forcefully shoving to the ground” a 72-year-old man outside a Planned Parenthood facility in Philadelphia on October 13, 2021. But according to Ryan-Marie, Houck was trying to stop the man from entering his 12-year-old son’s “personal space.” The man, according to Ryan-Marie, “‘didn’t have any injuries or anything, but he tried to sue Mark,’ and the case was thrown out of court in the early summer.”

Chris Swecker, a former assistant FBI director, was alarmed by the FBI’s tactics at the Houck residence.

“[A] dawn raid, guns drawn — that is reserved for gang members, for people who are armed and dangerous,” he told Fox News. “I read the warrant — I don’t see any facts and circumstances that justify that. … My phone has exploded [with] former FBI executives, police chiefs, heads of state agencies, who in the past have been big supporters of the FBI who are fairly disgusted with what just happened.”

Swecker went on to tell Fox that he is especially perturbed by the Department of Justice’s influence over the FBI.

“I am deeply concerned about the FBI,” he said. “I love the men and women of the FBI — it is a great organization. But I think what we’ve seen since Jim Comey came in is a Department of Justice takeover of the FBI. There are 23 (at least) political appointees who head the Department of Justice. The only presidential appointment in the FBI is the director. He gets a 10-year term. That was intended to take politics out of the FBI. But DOJ has taken over — they’ve salted the FBI with other DOJ people who have a DOJ pedigree as various executive positions inside the FBI. They are a political organization, especially under Merrick Garland.”

The flurry of FBI activity at the Houck residence occurred at a time in which the FBI is coming under increasing congressional scrutiny for a series of actions, as well as inactions, that are being seen as highly partisan.

On June 17, the FBI announced that it had opened an investigation into the series of attacks that have occurred against pregnancy resource centers, pro-life organizations, and churches since the May 2 leak of the Dobbs Supreme Court decision. The Washington Stand has tallied at least 92 attacks over the last four and a half months ranging from arson and shattered windows to spray painted graffiti.

However, after over three months since the announcement of the investigation, there have been no reports of any arrests of the perpetrators. In response to The Washington Stand’s request for information on if any arrests had been made with regard to the investigation, the FBI said in a statement (in part): “The FBI is investigating a series of attacks and threats targeting pregnancy resource centers, faith-based organizations, and reproductive health clinics across the country, as well as to judicial buildings, including the U.S. Supreme Court. The incidents are being investigated as potential acts of domestic violent extremism, FACE Act violations, or violent crime matters, depending on the facts of each case.”

Some are also questioning why there seems to be hesitancy on the part of local law enforcement to make arrests of pro-abortion extremists. After the CompassCare pregnancy resource center in Buffalo, N.Y. was firebombed in June, the center released its video surveillance footage of the attack to local police. But in the three months since then, no police reports have been issued and no arrests have been made regarding the incident. According to CompassCare, police have still not returned the footage to them “after an attorney sent a letter requesting the property by Aug. 19.”

Jim Harden, CEO of CompassCare, told TWS that the footage “demonstrates multiple perpetrators and multiple Molotov cocktails lighting our facility on fire in Buffalo. I talked to an anonymous law enforcement agent [who] said, … ‘I can guarantee with the evidence that you have right now, they could be arresting multiple people right now, but they’re choosing not to.’”

For his part, Swecker is concerned with what appears to be a troubling pattern emerging regarding a leftward politicization of which incidents the FBI is choosing to prosecute after the Houck arrest.

“This invites comparison to the summer of 2020 when left-wing anarchists were taking over entire city blocks, taking over police departments [and] courthouses and the violence that went along with it, and really nothing but crickets [from the FBI],” he observed. “The Supreme Court justices who were doxed, people went to their homes, blocked access to their homes, threatened to assault them and their family members, same thing with some congressmen. You could go on and on.”