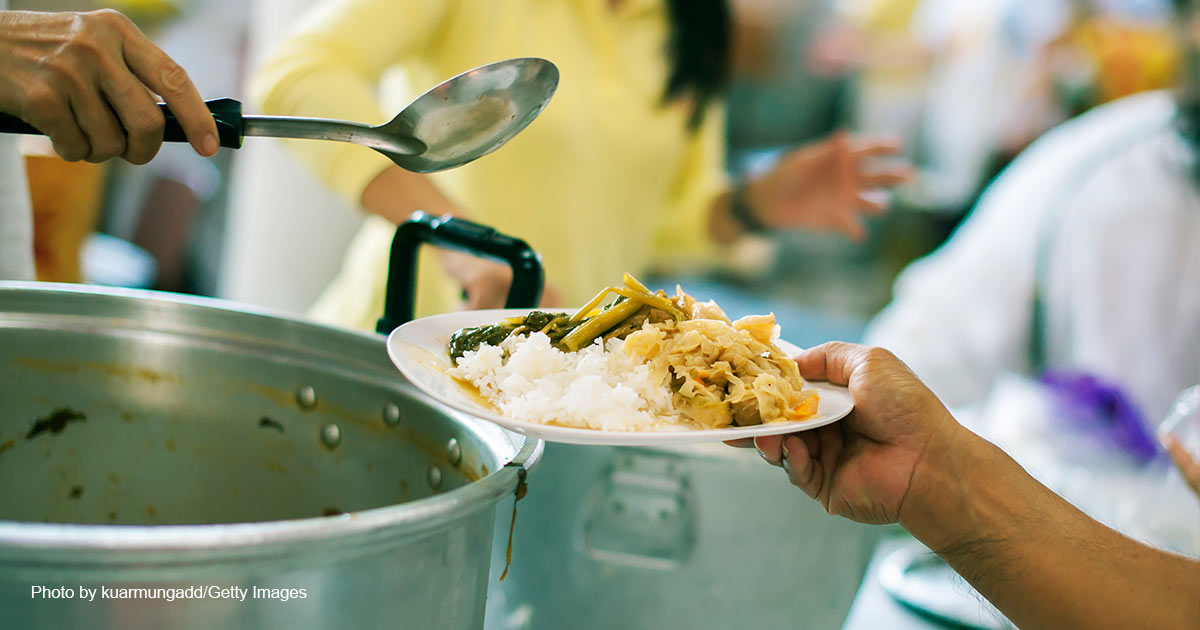 From Pottstown to Pottersville: Zoning Official Dings Churches for Charity

Food pantries, counseling, and community hospitality — according to the Pottstown, Pa. Zoning Officer Winter Stokes, such activities are “by definition … more than that of a church.” Stokes issued citations to Christ Episcopal Church of Pottstown and Mission First, “a ministry of Cedarville UMC [United Methodist Church]” which shares an address with First UMC of Pottstown.

According to the citation letter to Mission First, which a local PBS affiliate (WHYY) obtained and published, Stokes researched their website and found the ministry was using the downtown church property for “a mental health service providing free counseling and support for families,” a program providing toiletry items and “canned/packaged food items to the public,” and “weekly buffet style meals for the public.”

“I could not find approvals for these uses in our records,” said Stokes. “It is the opinion of this office that the use of the property has changed and, by definition, is more than that of a church.”

WHYY reported that other Pottstown churches providing food, clothing, and other services to people in need did not receive citations. According to a list compiled by Pottstown Beacon of Hope, a nonprofit dedicated to countering homelessness, it’s possible to receive at least a dozen free meals a week from churches in Pottstown.

Instead of paying the $500 fine, Mission First chose to pay three times as much to file an appeal. “We have filed an appeal at a cost of $1500.00,” Clare Schilling, director of Mission First, told The Washington Stand in an email, “and that money could have been used for food or clothing.”

What Is a Church?

Mission First’s willingness to pay extra to defend their right reflects the reality that the controversy goes deeper than how downtown properties may be used; it touches the very heart of what a church is, what a church does, and how a church receives its authority to operate.

The letter relied heavily on the city zoning ordinance’s definition of a church as “a building wherein persons assemble regularly for religious worship and that is used only for such purposes and for those accessory activities as are customarily associated therewith.”

“Their definition of a church is not our definition, nor is it what the Bible says,” Schilling continued. “Church is more than just a building.”

“The New Testament word for ‘church’ describes God’s people gathered, literally the ‘assembly of the called-out ones,’” Dr. Kenyn Cureton, vice president for Christian Resources at Family Research Council, agreed. “Jesus told his disciples: ‘On this rock I will build my church, and the gates of hell shall not prevail against it’ (Matt. 16:18). … If the church is just a building, how can brick and mortar penetrate and defeat the gates of hell?”

What Does a Church Do?

Cureton also criticized the notion that a church’s purpose is confined to religious worship only. “Certainly, it includes gathering for worship, which is an essential element,” he said. “Yet as we read Acts 2:42-47, we see that the early church in Jerusalem, the model church, not only worshipped God, but they also had a ministry of teaching and discipleship, they met together for fellowship and prayer, and they pooled resources to meet physical needs. Additionally, outside of their gatherings, they were on a mission to share the story of the risen Christ. As a result, ‘the Lord added to their number day by day those who were being saved’ (Acts 2:47).”

“Our ministries are exactly what the Bible tells us to do — feed the hungry, clothe the needy,” said Schilling. Her words echo James 2:15-17, “If a brother or sister is poorly clothed and lacking in daily food, and one of you says to them, ‘Go in peace, be warmed and filled,’ without giving them the things needed for the body, what good is that? So also faith by itself, if it does not have works, is dead.”

“The church from its beginnings has fed the hungry, met the needs of the poor, counseled those in distress, and performed a myriad of ministries to people in need in the name of Jesus. In doing so, we are only following His example,” Cureton said.

Pottstown’s zoning ordinances do not define “the accessory activities” which “are customarily associated” with a church’s function. The only hint is that the ordinances also list churches among establishments that qualify as a “Food-Producing Facility (FPF)” that might contribute “wastewater containing FOG [fats, oils, and grease created as a byproduct of cooking] to the sewer system.” Pottstown Zoning Officer Stokes did not respond to a request to comment on whether this provision covered “buffet style meals.”

Does a Church Need Government Approval to Care for the Needy?

“The government shouldn’t be the ones defining what is ‘customary’ for a church. That comes from our Lord as spelled out in the New Testament,” said Cureton. “The government has no business defining or restricting what that looks like for any church. Read the First Amendment’s ‘Free Exercise’ clause.”

That’s partly why Mission First chose to appeal rather than request a permit. “If we do it for this, then we would have to do it for every other little ministry,” Schilling argued. “What if we were having a new Bible class? Do we have to go to get approval for that?”

“Generally, churches should not have to get approval from civil authorities before living out their faith. However, if a church wants to operate a ‘soup kitchen’ or some other type of ministry feeding the hungry, it would be a good idea to make sure that the ministry is following local health and sanitation guidelines,” Cureton added. “However, when the government stands in the way of the essential mission of the church, especially our communicating the Gospel, we should stand with Peter and John who declared: ‘We must obey God rather than men’ (Acts 5:29).”

Schilling pointed out that the mission’s weekly meal, which serves 80-120 people per week, and 24/7 pantry and refrigerator, which serve up to 100 people per day, were approved by the Pennsylvania Department of Agriculture and Department of Health. Yet the local zoning official is trying to shut down the ministry anyway.