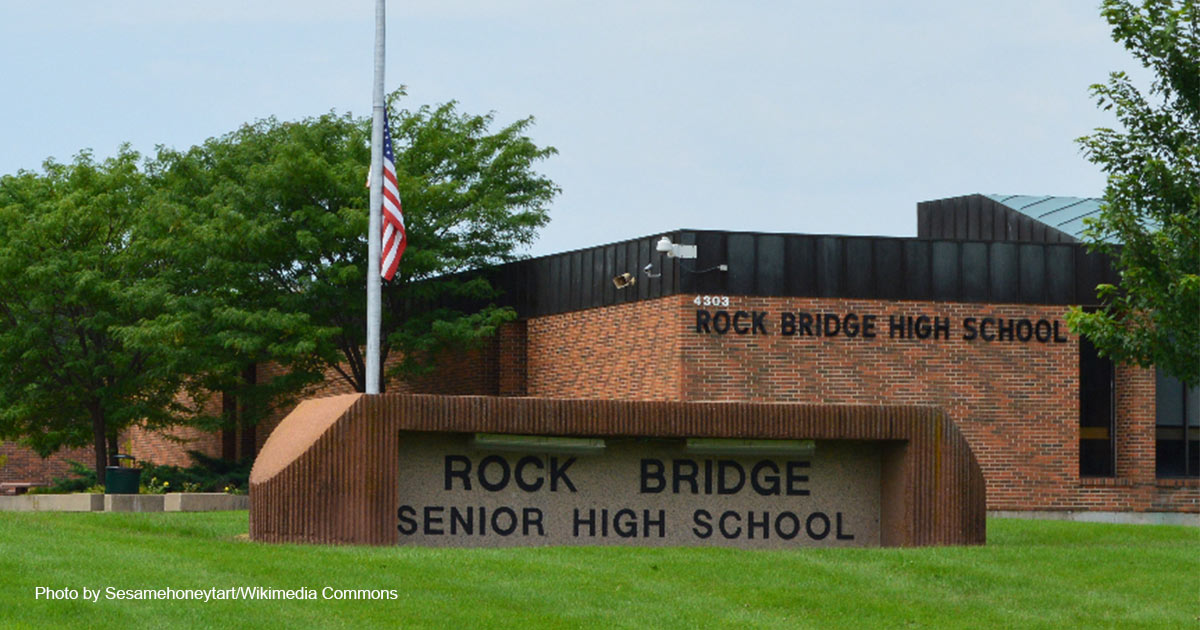 Gender Transition Closets in Schools: A Parents vs. School Board Power Struggle

“I didn’t think that politics or the school district or government — or anything — could have that much of an effect on my life.” Those were the famous last words of one Columbia, Missouri father before becoming a local — and vocal — parent of three elementary-aged daughters in the public school system. John Potter has made a name for himself by speaking out and rallying other parents to put checks and balances on the Columbia Public School (CPS) district, vying for transparency in their children’s educational institutions. This week, the national power struggle between parents and school boards continues, as a high school prepares to receive funding for a new "gender closet."

Reported first by local network KOMU 8 News, the CPS board approved a $10,000 grant from the controversial It Gets Better Project that would fund a clothing closet for LGBTQ+ students at Rock Bridge High School. Operated by the school’s Gay Straight Alliance club, this initiative will convert the school basement into a clothes closet run by students. They will receive funding for makeup, clothes, breast binders, packing underwear, accessories, and the like for students who wish to dress like the gender of their choice at school. Earlier this year, the CPS board approved the club’s grant application request for the third-party funding for the “Gender Affirming Closet” — later changing to the name “Coming Out of the Closet In Style Clothing Closet.”

Brian Wenke, executive director of the It Gets Better Project, told another local network, “The point of this particular endeavor is to put power back in the hands of the LGBTQ youth, so they can create the world they want to live in.”

Potter, on the other hand, disagrees. “I think there is a useful need for a closet for kids to get clothes [who] can’t afford clothes or have an accident in school or something like that,” he told The Washington Stand in an exclusive interview. “But with the title — none of them have been ‘Needs Closet’ or ‘Extra Help Closet’ or something general in name. The names that had been given are ‘Gender Affirming Closet’ and ‘Coming Out In Style Closet.’ And so, I just think that it’s tailored to a certain group of individuals. And just because it they say ‘all students are welcome’ doesnt necessarily mean that it’s inviting to all students.”

According to Potter, ever since CPS changed their official enrollment applications to include an “other” gender option, the school district had been affirming students in their gender transitions. Recently, a student transitioned in his first grade daughter’s classroom, where teachers began to call the child by a new name, and there was no explanation to students or to parents. In fact, it was only three months later when his daughter was talking about her classmates that Potter found out what his children were seeing in the classroom. He told TWS, “I’m involved in the school district. So, I thought I knew what was going on — and I was still blindsided by this.”

‘“So I’m like, you guys have got to make parents aware that this is happening. I didn’t even know this was a thing in in kindergarten. And actually, looking into CPS policy, this [affirming a child’s chosen gender identity] could happen in kindergarten. It just happened to be in my first grader’s class. I just really want CPS to be open about the environment that they have at their school in first grade. Just let the parents be aware of it.”

This is not Potter’s first time speaking out against CPS. During the COVID lockdown, when his kids couldn’t go to school and finances drove him to quit his job to stay home with them, Potter was awakened to how much the local school affected his family. “Once the shutdowns happened, I realized that the school was the reason that I wasn’t able to work,” he told TWS.

From there, his advocacy continued full-force. In fact, Potter has attended all but two school board meetings, regardless of the agenda. Alongside his Facebook group of equally concerned Columbia parents, he has been striving to maintain “accountability and transparency” in his children’s school district. Since his protest of the lockdowns, he has pushed back against many issues that have affected Columbia families personally.

He shared with TWS, “I stood up against the shutdowns because I lost half my income. I stood up against the mask [mandate] because my child started having anxiety … on the playground. And then the CRT stuff. … this gender affirming thing in my first grader’s class, they have all personally affected my family. And after getting these stories and [becoming] the person that people talk to about these situations, [I’ve realized:] I’m not the only one.”

Potter is right — he’s not the only one. Parents across the country have become increasingly vocal about their concerns with what their local school system is teaching in their children’s classrooms. Notably, parents in Loudoun County, Virginia have made national headlines in the past two years for their coordinated pushback on issues such as critical race theory curriculum, sexually explicit library materials, preferred pronoun usage, and the cover-up of sexual abuse scandals, to name a few. Virginians’ battle for choice and involvement in their chidren’s education ultimately contributed to a red wave win for Governor Glenn Youngkin (R) on the platform of school choice in the midterms last fall.

Potter told TWS that his advocacy within the CPS system has “actually made it better for our family in certain ways when it comes to the involvement that my wife [and I] have in our children’s education.”

“I’ve been called everything in the book. I’m a racist, I’m a homophobe, I’m transphobic, I hate children. I hate teachers. I hate the public schools, all this stuff. But my family, my children, and I have been personally affected by several different things in this district,” explained Potter.

“And that’s why my activism is so, so loud.”

From a federal vantage point, Congresswoman Vicky Hartzler (R-Mo.) doesn’t think her constituents will appreciate the school focusing on these new initiatives over education. In an exclusive comment to The Washington Stand, she had this to say about the new controversy in her district: “The school[s] shouldn’t be undermining parental involvement in their child’s lives. Schools should be education centers, not shopping malls. When we are falling behind other countries in the basic academics of reading, writing, math, and science, there’s no reason for a school to be facilitating a [gender transitioning] closet for some of the students.”

“It’s also not the role of schools to encourage or validate gender confusion,” she added. “And it seems like the mission of the clothes closet is to facilitate young people changing genders, and that’s not their role. They should be teaching academics.”

The Columbia Public School Board did not respond to TWS's request for comment at the time of publication.