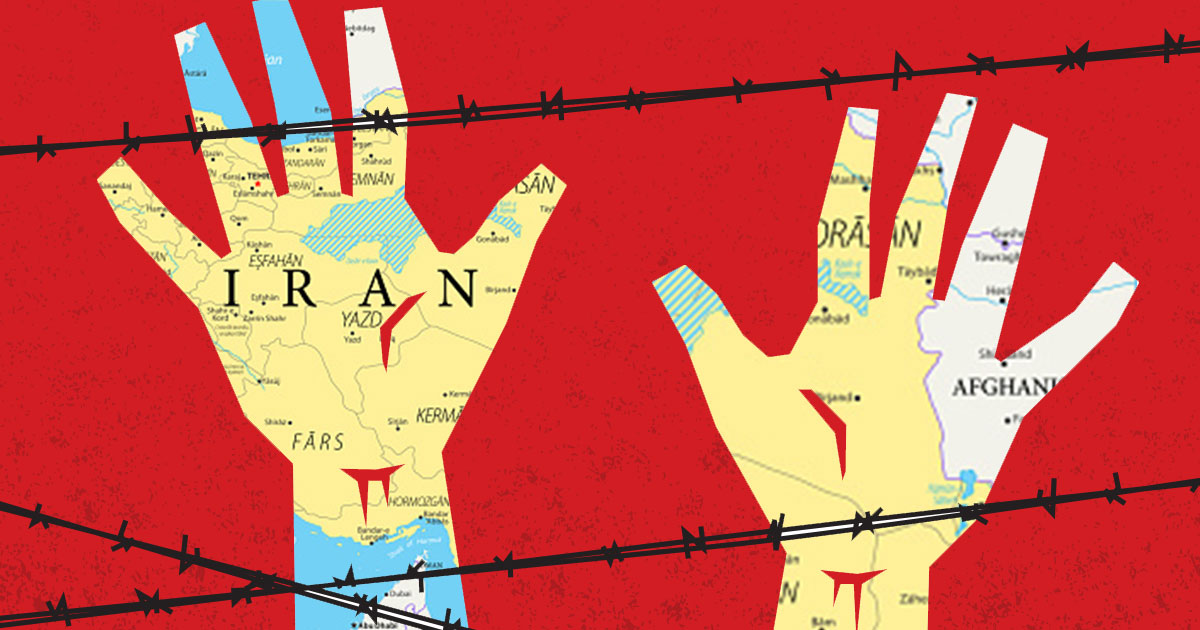 An Iranian Christian convert residing in Germany is in danger of deportation after the European Court of Human Rights dismissed his asylum-seeking case. In 2018, Hassan — whose name has been changed to protect his identity and is filed as “H.H” in public records — fled religious persecution in his home country.

The 44-year-old learned about Christianity through his brother-in-law who was imprisoned for his involvement with a house church. Between 90 to 95% of the Iranian population are Shi’a Muslims, reported the United States Commission on International Religious Freedom. Sunni Muslims account for 5-10% of the population, with approximately 0.3% ascribing to Christianity, Baha’i faith, Judaism, and Zoroastrianism.

“I had had many problems in Iran. … I had many questions, but I was not allowed to ask them. When I asked questions, I was beaten at school,” Hassan said in a statement prepared by ADF International, a legal advocacy organization. “This led me to want to know which God I was facing. One day my brother-in-law said to me and my wife that he had good news. There is a treasure, there is a living God, Jesus Christ, we are His children and not His slaves. … He said there is a free salvation available.”

When reflecting on how this impacted his own faith, H.H told authorities, “My wife’s brother had become a different person by becoming a Christian. We wanted to see if we would get this feeling when we became Christians.”

Hassan’s wife was the first to become a Christian, but eventually the whole family converted.

Ultimately, Hassan’s brother-in-law was killed for practicing his faith in jail.

One fateful day, the police stormed into Hassan’s home confiscating their Bible, computer, and passports. In a frenzy, they fled to Turkey and journeyed to Germany thereafter.

When Hassan’s asylum application was rejected by German authorities, he appealed to the Griefswald Administrative Court. But the court dismissed his case ruling that it was “not particularly likely” that a Muslim would convert to Christianity given the torture and murder of his brother-in-law.

Arielle Del Turco, Family Research Council’s assistant director of the Center for Religious Liberty, called the court’s reason for rejecting Hassan’s asylum claim “unthinkable.” She explained that for centuries of church history people have converted to Christianity after seeing the deep conviction of Christian martyrs.

“It is inappropriate for the court to make an arbitrary judgment about what might lead someone to change their faith,” Del Turco said.

But Hassan argues that his faith is legitimate.

“In Germany I share the gospel, I organize prayer circles here in the accommodation,” he explained. “I want to be a good example, to win others to faith in Jesus Christ. My greatest goal would be for my children to be able to find Christ in freedom, and to do good.”

But this dream may not become a reality.

Earlier this week, the European Court of Human Rights declined to hear arguments in Hassan’s defense when he appealed for his right to religious freedom. It is likely that he will join the 11,982 asylum seekers being deported by German officials. H.H fears being imprisoned and tortured once he returns to Iran.

Last year, then-President Hassan Rouhani signed two amendments to Iran’s Islamic Penal Code. The amendment to Article 499 imposes prison sentences and fines on whoever insults “Islamic schools of thought recognized under the Constitution.” The second amendment penalizes anyone who teaches anything that “contradicts or interferes with the sacred law of Islam.”

“This man faces a very dangerous situation if Germany chooses to deport him back to Iran, where religious freedom conditions are deplorable,” said Del Turco. “I hope that German authorities will make the right decision and refrain from sending him to face certain persecution in Iran.”

The 2022 World Watch List, ranked Iran as the ninth most dangerous country for a Christian to live in. Jail sentences, home raids, beatings, and killings are some of the harsh penalties that come with being a Christ-follower in this Middle Eastern country.

The hostility extends to various religious minorities. In this year alone, multiple Christians have been imprisoned on charges of “propaganda against the state,” Sunni mosques have been demolished and Baha’i citizens have seen their businesses forcibly closed.

“Iran systematically fails to protect its citizens’ right to religious freedom,” emphasized Kelsey Zorzi, director of Global Religious Freedom at ADF International. “Iranian law must be amended to be brought into accordance with international human rights law, which protects the right of every individual to choose and freely practice their faith. Until this happens, countries like Germany have a responsibility to help to protect vulnerable religious minorities when they have an opportunity to do so. Ignoring that responsibility can have fatal consequences.”