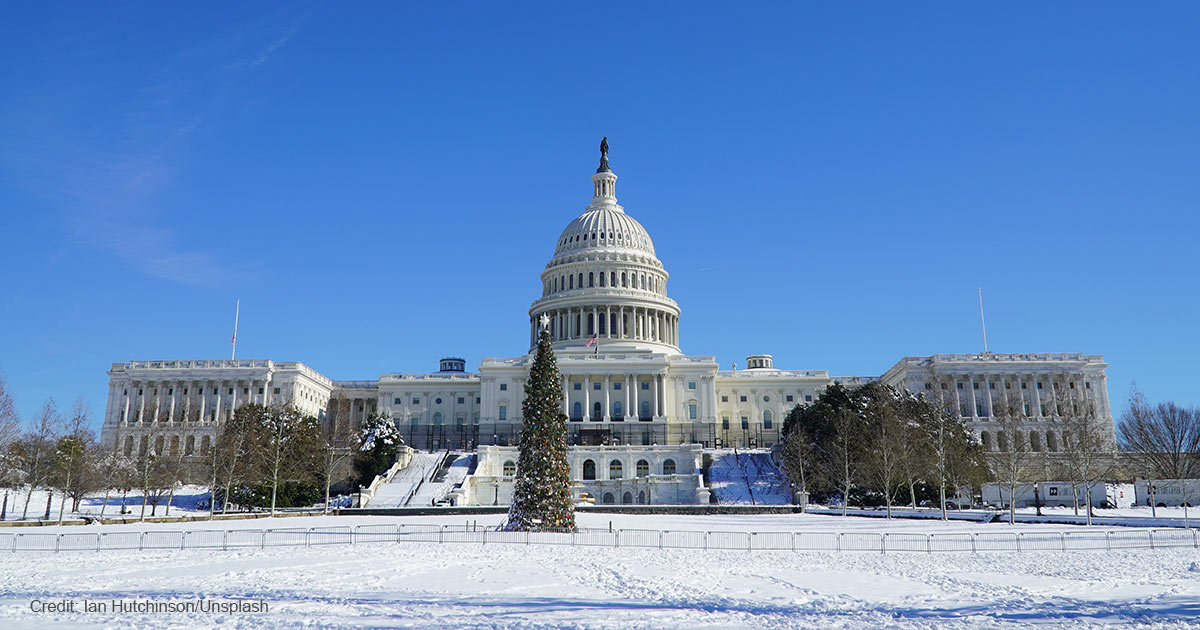 A large group of Republican lawmakers are voicing strong opposition to Democrats’ efforts to force a vote on a year-long federal omnibus spending bill before the Christmas recess. They argue that spending priorities should not be set by an outgoing Democrat-controlled Congress when control of the House will shift to Republicans in a matter of weeks.

As the Friday deadline for a government shutdown loomed, the House passed a short-term “continuing resolution” (CR) spending bill Wednesday which gives lawmakers another week to wrangle over the omnibus. Republican leaders like House Minority Leader Kevin McCarthy (R-Calif.) are arguing that the tussle should wait until the new year in order to avoid a further increase in federal spending (and consequently in the federal deficit) that is favored by Democrats.

“They’re trying to jam us right before Christmas. Why would you ever move forward when there’s a change in power in 21 days where Republicans would have a stronger hand?” he said. “We wouldn’t be talking about adding more money. We’d talk about decreasing.”

On the Senate side, Senator Mike Lee (R-Utah) contended that the Democrats’ tactics are “designed by [their] very nature to carry out this extortive threat. You either vote for this or you’re voting to shut down the government, leaving us the only other alternative … working through the Christmas holidays and missing scheduled time with family. That’s how they do this.” Lee along with Senators Ron Johnson (R-Wis.), Rick Scott (R-Fla.), and Rand Paul (R-Ky.) further warned that increased federal spending was ill-advised at a time when the economy continues to experience high inflation.

“The Christmas tree in Washington is a bill that has something on it for everyone,” Paul said, referring to the omnibus bill. “You won’t know what it is until you get it, you won’t be able to read it until it’s done, but it will happen, because the only thing that invariably happens in Washington is that they will get together to spend money.”

On Wednesday, Senator Johnson joined “Washington Watch with Tony Perkins” to discuss the numbers involved in the proposed spending bill.

“The question I’m raising with my colleagues is, ‘Why are we looking at a $1.6 trillion increase in the baseline over 2019 spending where the pandemic is by and large over?’” he pointed out. “We’re pretty well back to normal business. Why don’t we return to something closer to the $4.4 trillion baseline? It’s a question people can’t answer.”

Johnson went on to emphasize the consequences of the mandatory COVID spending that Democrats enacted in 2020. “[O]f the $6.4 trillion spent over three years higher than that $4.4 trillion, $5.4 trillion went to mandatory spending. I would have expected most of that COVID relief going to discretionary spending, that once the pandemic was over, that spending would go away. … [W]hy did $5.4 trillion of that spending get put into mandatory spending, which just proceeds without anybody even looking at it? It’s really what’s driving our deficits [and is] driving the mortgage of our kids’ future.”

“As I appreciate the situation,” Perkins surmised, “what Congress is poised to do is to put forth an omnibus, a massive piece of legislation that spends trillions of dollars that will lock in this [next] 118th Congress for almost the entire first year of a budget where the priorities really reflect the Democratic Party.”

Speaking on the House floor Wednesday, Rep. Chip Roy (R-Texas) emphatically voiced a blunt message to Senate Minority Leader Mitch McConnell (R-Ky.): “I’m looking at Mitch McConnell when I say this: Do your job, Leader McConnell! Do your job and follow the wishes of the American people who gave a majority to Republicans in the House of Representatives. And let’s STOP this bill.”