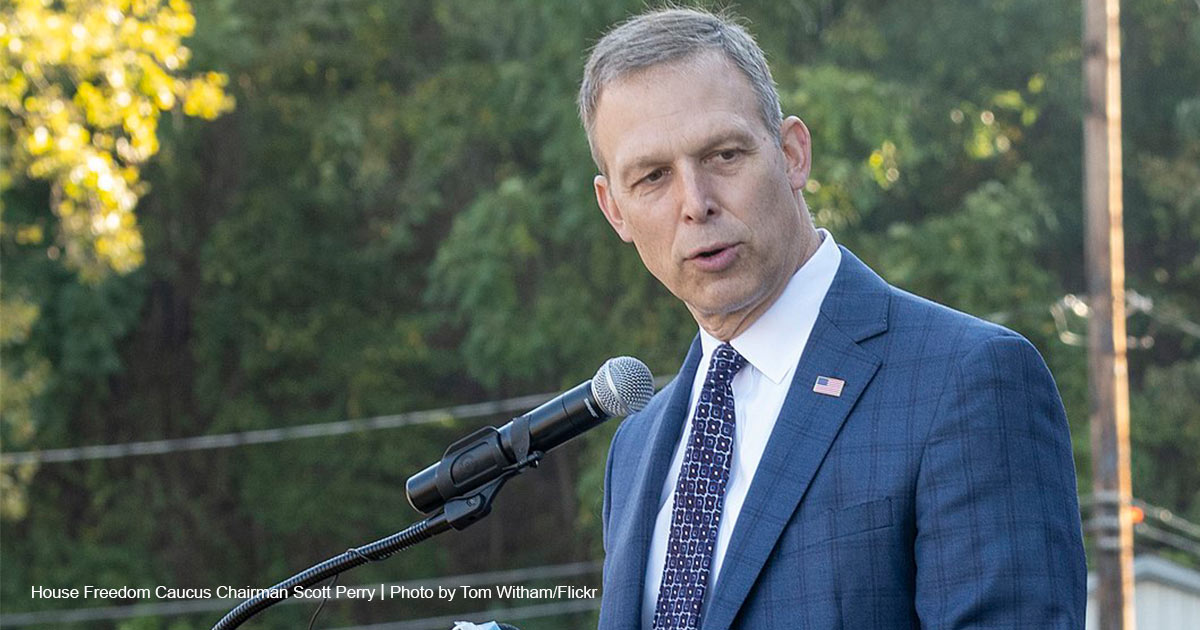 The House Freedom Caucus declared their opposition to H.R. 8404, the Respect for Marriage Act, in a press release on Friday. They characterized the bill as “fearmongering over the Supreme Court decision on Dobbs v. Jackson Women’s Health Organization,” which Democrats resorted to “in a desperate effort to distract from their creation of galloping inflation, a record-breaking border crisis, and skyrocketing gas prices.” Here is the House Freedom Caucus’ “official position”:

The “Respect for Marriage Act” was rushed through the House as yet another weapon to distract, confuse, and deceive American citizens. It allowed no hearings or markups, and less than a day to review. The radical Left has launched an all-out campaign on America’s traditional values and sacred institutions. It has weakened the nuclear family, attacked the norms of masculinity and femininity, and now it wants to further erode the sacred institution of marriage. This bill is both unnecessary and undermines the recognition of “marriage” between only one man and one woman. After overwhelmingly opposing the “Respect for Marriage Act,” the House Freedom Caucus urges the Senate Republican Conference to oppose it as well.

House Freedom Caucus Chairman Scott Perry voted in favor of H.R. 8404. Rep. Perry (R-Pa.) provided a libertarian rationale for his vote. “Agree or disagree with same-sex marriage, my vote affirmed my long-held belief that Americans who enter into legal agreements deserve to live their lives without the threat that our federal government will dissolve what they’ve built,” he said. The press release seems to indicate that caucus members disagree with their chairman’s stance on the bill.

Also on Friday, FRC President Tony Perkins pressured GOP senators to oppose the bill to codify same-sex marriage, reminding them of their 2015 statements in opposition to the Supreme Court’s Obergefell decision.

“When the Supreme Court delivered its blow to marriage in 2015, burning down three dozen state laws and tearing up 50 million ballots, the GOP’s reaction was straightforward. Outrage. With a handful of exceptions, the response that echoed across the two coasts was a collective ‘How dare they?’” wrote Perkins. “As far as Republicans were concerned, what the five justices did on that June day was a betrayal of the people, our system of government, and the pillar that’s upheld society since the beginning of time. ‘It’s an injustice,’ they railed. Now, seven years later, they finally have a chance to prove it. The question is: will they?”