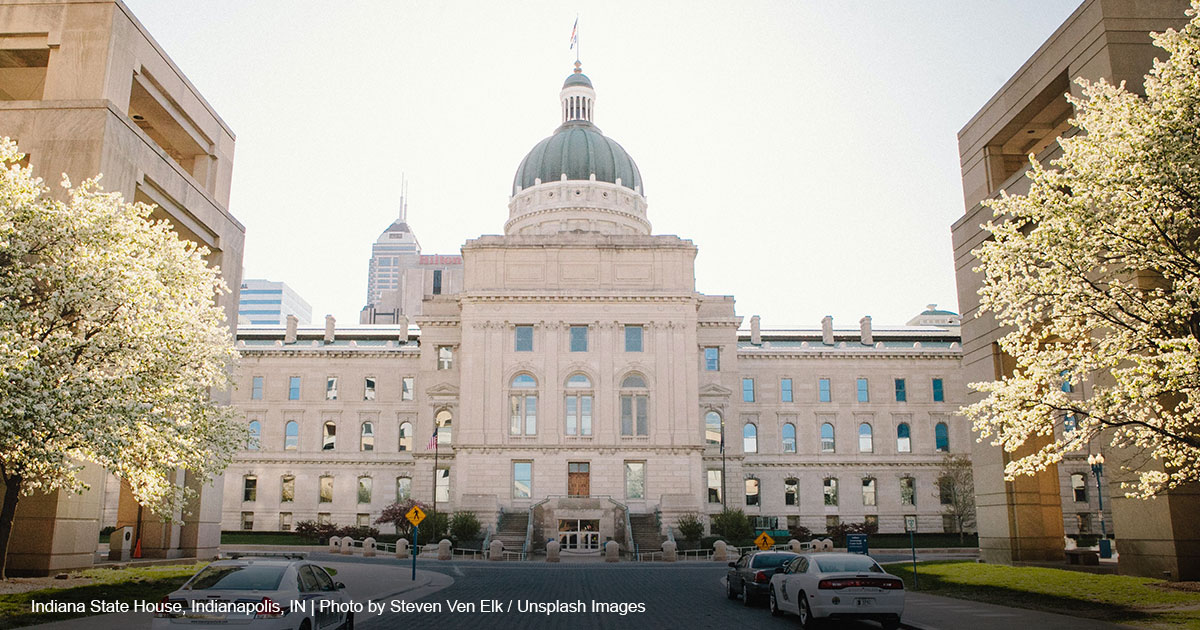 In a clear sign of the vitality of the pro-life movement in the post-Roe era, Indiana became the first state since the Dobbs Supreme Court ruling overturned Roe v. Wade to pass a wide-ranging pro-life bill that protects most unborn children from abortion, with some exceptions included for cases of rape and incest and to save the life of the mother.

Indiana Governor Eric Holcomb (R) signed Senate Enrolled Act 1 on Friday after the bill passed the state House 62-38 and the Senate 28-19. The legislation, which will take effect on September 15, would revoke the medical license of a doctor who carries out an illegal abortion and will also charge the doctor with feticide, a level 3 felony.

The bill also included exceptions for certain instances in which abortions could be lawfully carried out. These include instances to prevent death or “a serious risk of substantial and irreversible physical impairment of a major bodily function” of the pregnant woman, if the unborn child is diagnosed with a lethal fetal anomaly through 22 weeks or viability, or if the pregnancy is a result of rape or incest through 12 weeks.

The legislation further stipulates that any abortion that fits these criteria must be carried out at a hospital or ambulatory surgical center. Chemical abortions can only be prescribed through 10 weeks and must be in person.

Mary Szoch, the director of the Center for Human Dignity at Family Research Council, was heartened by the bill’s enactment, but also expressed some reservations. “It is expected that Indiana’s new law will protect 95% of unborn children from the evil of abortion,” she told The Washington Stand. “This is certainly a huge win and something to thank God for! Still, we cannot forget about the other 5%. Children conceived in rape and incest and those who have been given a diagnosis of a life-limiting fetal anomaly are just as valuable and just as worthy of the right to life as every other child. Our laws cannot allow discrimination against these people. We are grateful to the Indiana state legislature for taking a step in the right direction, but we look forward to the day when every unborn child in Indiana and in America will be protected beginning at the moment of fertilization.”

Senate Enrolled Act 1’s journey toward passage was hard fought. The first draft of the bill protected life from conception, with no exceptions included. But after a widely-publicized story broke of a 10-year-old rape victim who crossed state lines from Ohio into Indiana to undergo an abortion, immense pressure pushed the Indiana legislature to water down the bill. As a result, the Senate passed this highly amended version, which was strongly criticized by the National Right to Life Committee and the Susan B. Anthony List.

The failure of the Kansas referendum on August 2, which proposed a reversal of the state constitution’s Supreme Court-enacted “right” to an abortion, created additional tension surrounding the fate of the Indiana measure. Two days later, a strengthened version that retained some abortion exceptions was taken up, with the bill’s passage occurring on August 5.

“On the heels of the failure of the constitutional amendment in Kansas, Indiana’s pro-life law shows that the pro-life movement will not back down and allow the abortion industry to continue to exploit women and take the lives of unborn children,” remarked Szoch. “For 49 years, pro-lifers have fought for the ability to protect the unborn, and we will continue to fight for the right to life until every unborn child is protected in America.”

Connor Semelsberger, director of Federal Affairs at Family Research Council, was also encouraged by the pro-life legislation. “Despite intense pressure from media and abortion activists, the Indiana House of Representatives stood strong to adopt clear language in SB1 that would protect nearly every unborn child in the womb,” he told The Washington Stand. “This law will also close off Indiana as an abortion destination from nearby Ohio and Kentucky. While this law is far from perfect, Indiana provides one example of how states can overcome outside pressure to enact strong and measured laws that will practically protect life in the womb.”

Data shows that when states enact pro-life legislation, the number of abortions decrease. In Texas, the abortion rate decreased by over 50% following the passage of its Heartbeat Act, which protected unborn babies from abortion after a heartbeat is detected at around six weeks. Texas Attorney General Ken Paxton (R) has estimated that the Heartbeat Act has saved an estimated 17,000 babies as of February 2022.