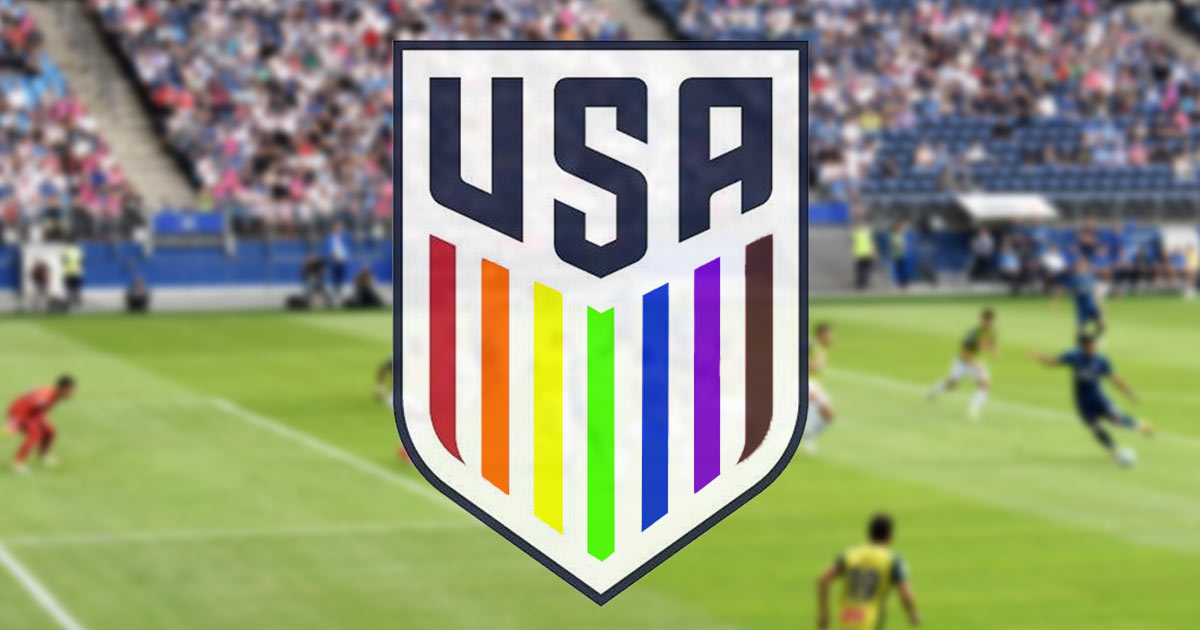 At the 2022 Qatar FIFA World Cup, the U.S. Soccer Federation (USSF) exchanged their crest’s red, white, and blue team colors for rainbow stripes in an attempt to bring LGBT activism to the forefront of the Middle Eastern country’s mind where homosexuality is outlawed. Though the crest won’t be seen on the playing field, the message will be loud and clear off the field. Explaining the men’s national league decision, U.S. coach Gregg Berhalter said, “It’s not just stateside that we want to bring attention to social issues, it’s also abroad. …We recognize that Qatar has made strides, there has been a ton of progress, but there’s still some work to do.”

The “work” that Belhalter is referring to is summed up in the USSF’s Be The Change initiative which was born out of the soccer team’s response to George Floyd’s death and the 2020 Black Lives Matter movement.

“The U.S. soccer team should be displaying the colors of the American flag and proudly representing our country. Instead, they are using this opportunity to peddle the social agenda of U.S. activists. The rainbow version of the U.S. Soccer Federation’s crest simply doesn’t represent all of America, especially at a time when tension between religious freedom and LGBT activism is taking center stage in the culture and the courtroom,” said Arielle Del Turco, FRC’s assistant director of the Center for Religious Liberty.

“The fact that the U.S. soccer team feels the need to push an LGBT agenda while playing in Qatar is cultural imperialism at its finest. It’s meant to make a pointed and condescending political statement in a more conservative Middle Eastern culture,” Del Turco told The Washington Stand.

Sebastian Vasquez, policy intern at the Center for Religious Liberty expressed similar views. “From my experience living and growing up in the Middle East, specifically in Oman, the UAE, and Qatar, for over 10 years, Arabs being part of the LGBTQI+ community is something that was always frowned upon by society and punishable by law. The reason for that is because, in Islam, sexual relations must only take place between a man and a woman once they are joined together in marriage. It is a core aspect of their religious belief. So, for Western nations to not only bring their ideologies about sexuality and marriage into Qatar but also push that onto the people is an act viewed by the Qataris as blatant disregard for their cultural and religious beliefs.”

He went on to say, “I believe that all people are and should be welcome to attend the FIFA World Cup 2022 in Qatar regardless of race, belief, or orientation. However, that does not mean we can bring our own political ideologies into the host country, let alone push or enforce those values. Respect for the culture and religion of the host country must be maintained regardless of one’s own ideologies, which is the complete opposite of what the U.S. soccer team is doing.”

Since late 2020, the team has endorsed LGBT values and even sought to influence gun control legislation at the federal level. Be The Change’s mission urges “each and every person in the United States and across the world” to partake in political activism “in their own way.”