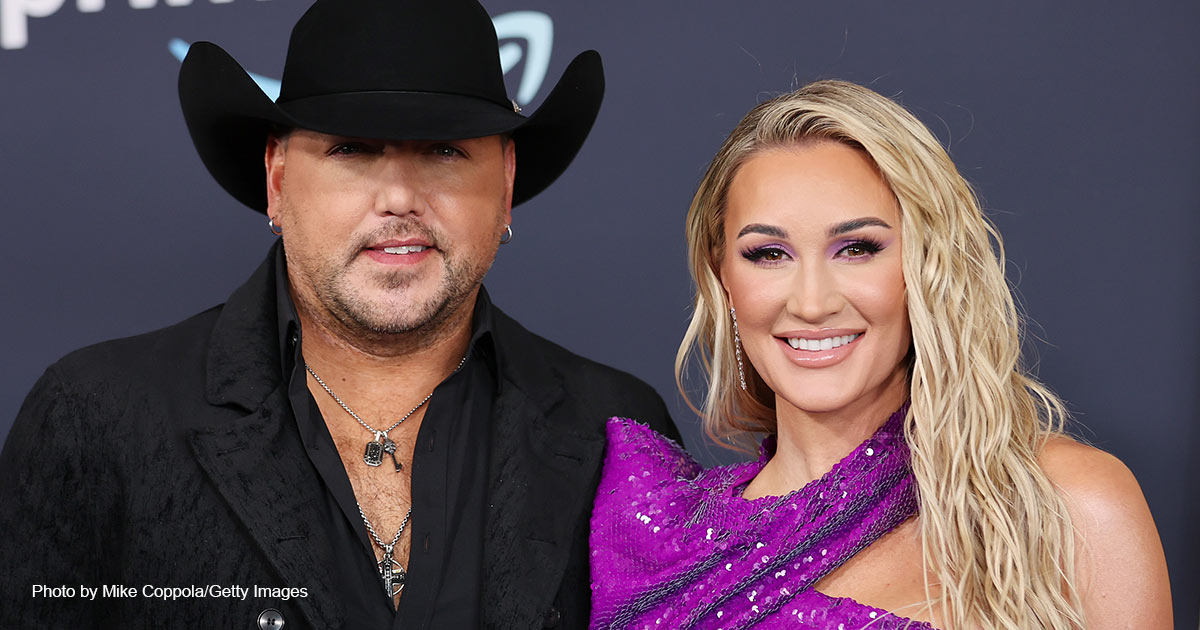 Celebrities are fighting about politics again — this time, a country music artist’s wife is in the epicenter of the drama.

Brittany Aldean, wife of CMA Award-winning Jason Aldean, mother, and beauty influencer, posted a makeup video on Instagram last week to her audience of 2.2 million followers. “I’d really like to thank my parents for not changing my gender when I went through my tomboy phase. I love this girly life,” her tongue-in-cheek caption read. In response, many reacted in jest to the beauty reel’s caption, such as country artist Jon Pardi’s wife, Summer, Lara Lea Trump, fellow conservative country artist RaeLynn, and Aldean’s own star husband, who commented, “I’m glad they didn’t too, cause you and I wouldn’t have worked out.”

Others didn’t appreciate the humor and took to Twitter to vent their offense. Singer Cassadee Pope tweeted, “You’d think celebs with beauty brands would see the positives in including LGBTQ+ people in their messaging. But instead here we are, hearing someone compare their ‘tomboy phase’ to someone wanting to transition. Real nice.” Another vocally liberal singer, Maren Morris, replied, “It’s so easy to, like, not be a scumbag human? Sell your clip-ins and zip it, Insurrection Barbie.” Daily Wire commentator Candace Owens chimed into the Twitter thread and fired back, “It’s easier to not castrate your children. But I guess whatever helps sell bad records.”

The Aldeans are a notoriously conservative anomaly compared to many of their celebrity counterparts both in Nashville and Hollywood. Neither the “Big Green Tractor” singer or his wife has been shy about expressing their political leanings on social media, openly supporting former President Donald Trump and declaring their dislike of President Joe Biden, complete with a merchandise line of anti-Biden and patriotic apparel. The husband and wife duo has been seen associating with conservative figures such as Daily Wire commentator Candace Owens and even Trump himself at various parties.

In response to the caption backlash, Aldean doubled down on her initial joke. Tagging Pope, she shared the following statement on her Instagram story: “Advocating for the genital mutilation of children under the disguise of love and calling it ‘gender affirming care,’ is one of the worst evils.”

“I will always support my children and do what I can to protect their innocence. The other day Memphis wanted to be a dinosaur and tomorrow Navy will want to be a cat,” Aldean continued, referring to her young son and daughter. “They’re children. Some parents want to be accepted by society so badly, that they’re willing to make life-altering decisions for their children who aren’t old enough to fully comprehend the consequences of those actions.”

“Love is protecting your child until they are mature enough as an adult to make their own life decisions,” she concluded. “Thankful my parents allowed me to go through my tomboy phase without changing my gender. Until then, leave children alone!”

Despite Hollywood’s progressive bent, Brittany Aldean is one of several famous defectors from the mainstream narrative on transgenderism in the past few years. High-profile figures such as J.K. Rowling and Dave Chapelle have also made headlines for suggesting that sex and gender are binary, or for criticizing transgenderism.

FRC’s Joseph Backholm told The Washington Stand that the surprising part of Aldean’s breaking news story is the fact that it is news at all. “She is just saying what the vast majority of Americans and humans think about this issue. The outrage is really the story, because saying things that are obvious and expressing views that are widely held should not be surprising. … There are some positions that the elite decide should not be shared. And when people challenge their authority to determine what should and should not be shared, they try to punish you.”

A recent Pew Research poll agrees with Backholm’s take. When it comes to the hot-button issue of transgenderism, the majority of Americans believe that a person’s gender and sex are assigned at birth — and that number is on the rise from even a year ago. Despite holding the popular opinion, Backholm says that many Americans, including celebrities, are afraid to share what they believe. “Few people have the courage to disagree with the mob. The mob is an extreme minority of the country, but it is also very powerful and has the ability to destroy people’s lives and [they] are willing to do that,” he said. “So the people who are not afraid to deal with the wrath of the mob are unusual because most people take the easy way out — which is to do nothing in the face of things they know are terrible.”

While it is rare to see a high-profile celebrity like Aldean boldly refer to transitioning children as “one of the worst evils,” Backholm says more people should take a stand. “People should not be afraid to say things that are true — and that’s what we’re dealing with here. We live in a world where the people who believe lies express those lies with a great deal more confidence than the people who believe the truth. [Brittany Aldean]’s helping to move that needle by giving people permission to say things that they know are true.”

“Fear and courage are contagious,” Backholm asserted. “When you see people all afraid to express one view, that makes you afraid to express that view. When you see other people courageously expressing that view, that gives you permission to do the same. And the mob gets all of its power by making people afraid to say what they know is true, which creates the impression that it’s wrong to say that.”

Brittany Aldean did not respond to TWS’s request for comment at the time of this publication.