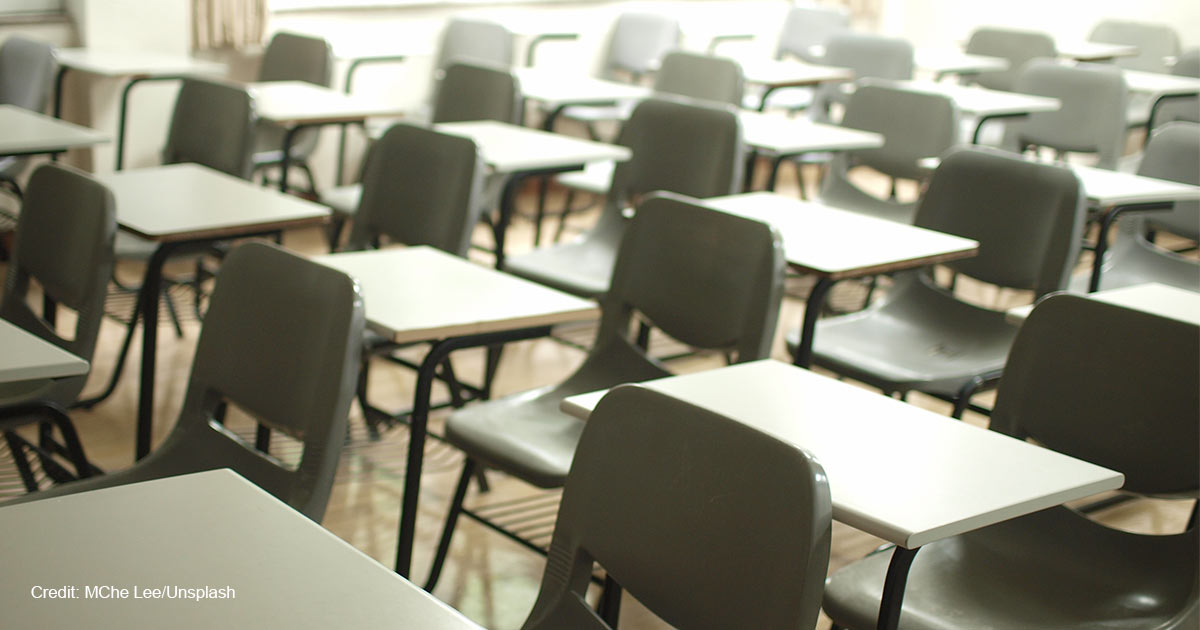 On Monday, a Loudoun County special grand jury dropped a scathing report following a governor-ordered investigation of the school administration’s handling of two sexual assault incidents from last year. The details were condemning, finding that those in leadership had concealed the horrific misconduct in hope of managing public perception.

“We believe that throughout this ordeal [Loudoun County Public School (LCPS)] administrators were looking out for their own interests instead of the best interests of LCPS,” the 92-page report read. “This invariably led to a stunning lack of openness, transparency, and accountability both to the public and the special grand jury.” Ian Prior, Director of Loudoun-based parental activism group, Fight for Schools, broke down the report in a 25-part Twitter thread, hitting the highlights of the offense.

The cover-up in question surrounded a May 2021 incident at Stone Bridge High School (SBHS), where a skirt-and-blouse wearing male student sexually assaulted a 9th-grade female student. Within two hours of the attack, school officials had learned of the assault, the assailant in question had disappeared, and the girl’s parents came to the school. With the mom already inside, the school resource officer would not allow Scott Smith, the girl’s father, into the building without proper I.D.

While on the phone with his wife, he learned that the assault on his daughter had been sexual, and he erupted with anger, creating a scene. The report reflects that the school called police to the scene only to deal with the angry parent. A few of the school’s higher officials met and discussed in vague terms the “incident at SBHS… related to policy 8040,” a policy outlining the “Rights of Transgender and Gender-Expansive Students.” School officials then emailed the staff, telling them of a contained incident and an angry parent on the premises, assuring everyone not to worry. All the while the assailant was missing and on the loose.

The sexual assault incident did not get any attention, even as Smith became infamous at a school board meeting and likened to a “domestic terrorist” for his desperate and angry insistence that anyone from the school take note of the violent sexual attack his daughter had sustained at the school. These were dismissed as political lies.

Quietly, the assailant was transferred to another school in the district, Broad Run High School. The superintendent of the school (who had recently received a substantial raise) and other officials were aware of the student’s record but took no action. With a bracelet around his ankle, he continued in “ongoing bizzare behaviors” that made the students around him uncomfortable. Tragically, within two months, the boy sexually assaulted another young female student.

To some, this egregious coverup scandal was a bombshell, but to many whistleblowers, it was a long overdue revelation after a previous Daily Wire report exposing the school district’s wrongdoing. “Loudoun County, LCPS, the Sheriff’s deparment, and the court system, Buta Biberaj, they endangered us, my child and the rest of the chidren, trying to cover things up and not be transparent,” the girl’s father, Smith, told Fox 5 DC.

The assailant was charged for the sexual assaults and registered as a sex offender for life. The judge said that his disturbing psychosexual report “scared [her] for society.”

The jury’s audit reports that the tragic incidents were, regretfully, avoidable: “There were several decision points for senior LCPS administrators, up to and including the superintendent, to be transparent and step in and alter the sequence of events leading up to the October 6, 2021 BRHS sexual assault. They failed at every injuncture.”

Despite knowledge of the happenings, Superintendent Scott Ziegler did nothing to protect the children in his school district; rather, the jury found that Ziegler lied in his assertion when he denied the incident ever happened. “To my knowledge we don’t have any records of assaults occurring in our restrooms,” he stated. The report sealed his fate, as angry individuals across the aisle called for his removal, and Ziegler was fired Tuesday night.

“We are pleased that Superintendent Ziegler will no longer be in the position to put children at risk due to his utterly reckless conduct,” Fight for Schools’ Prior told The Washington Stand. “However, he was not the only bad actor identified in the special grand jury report and we will continue to demand the full leadership and culture changes that the special grand jury recommended. … We also note that on October 12, 2021, parents packed the school board meeting to demand Ziegler be fired. On October 14, 2021, Fight for Schools held a press conference demanding that Ziegler be fired and that Loudoun County Public Schools commission a truly independent investigation to be released to the public.”

“Had those things happened as we asked, the members of the school board may have been able to save their now destroyed credibility and legacy,” Prior observed.

FRC’s senior fellow for Education Studies, Meg Kilgannon, says there is much to regret in the way that school leaders stayed silent amidst the hurt plaguing the children. “One of the worst things about this report is how many opportunities people in authority had to do the right thing, but they did the opposite,” she explained to TWS. “We must have people running our schools who are there for the good of the children, in the service of parents, to enhance learning for the benefit of our nation.”

“This report highlights how people choose to advance their own beliefs or protect their friends or themselves at the expense of children — who cannot defend themselves,” she said. “This is simply not tolerable for a functioning society. People of faith must engage our world because our values are needed.”