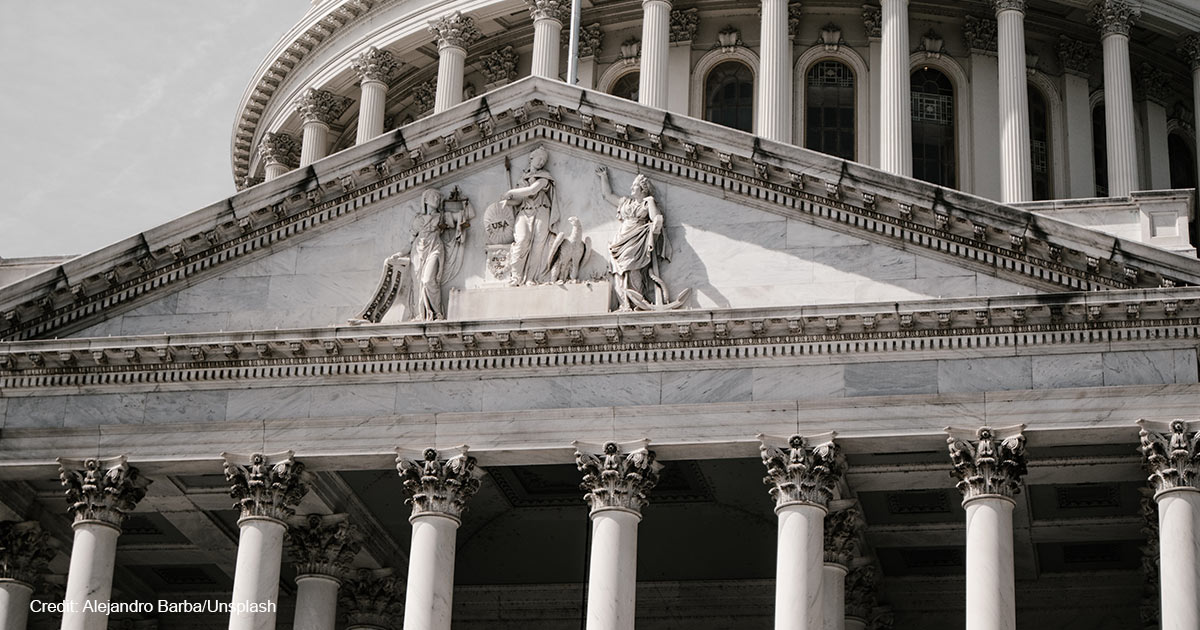 McCarthy: Delaying Omnibus Could Give GOP ‘Policies that We Want’

As the U.S. Senate passed a short-term government spending bill Thursday to extend the deadline for a year-long omnibus bill into next week, lawmakers on Capitol Hill continued to debate the measure. On Thursday evening, House Minority Leader Kevin McCarthy (R-Calif.) told Family Research Council President Tony Perkins that Republicans must persist in delaying the approval of the omnibus into the new year in order for the newly elected House GOP majority to set spending priorities.

“Why don’t we just stop, wait 20 days, pass a longer continuing resolution so government doesn’t shut down — then we can actually get some Republican priorities,” McCarthy urged on “Washington Watch.” “Stop the waste and wokeism, secure the border, become energy independent in these appropriation bills. You can actually put a lot of policy in as well.”

He further noted that a 2023 omnibus spending bill would likely be a rare opportunity for Republicans to set policy in the new Congress, which will have a difficult time getting legislation passed with a Democrat-controlled Senate and White House.

“[W]e could enact a lot of the policies that we want. We’re not going to get everything that we want. But this is really one of the best opportunities in a divided government that we can get some new, substantial policies put in.”

McCarthy continued, “[T]hese are the areas where we can have policy wins. If you let the Democrats lock in their liberal wokeism polic[ies] that goes after our families and we get into a spending battle next year and we end up in a continuing resolution, those policies are locked in. Why wouldn’t you wait 20 days where we can make a change?”

The House minority leader went on to point out that delaying the omnibus approval until after the Lame Duck session would align with how Americans voted in the midterm elections.

“They watched inflation they haven’t had in 40 years,” he noted. “And why did we get this inflation? The runaway spending of the Democrats [who are] continuing to add more. They’ve already increased spending by trillions of dollars. We need to eliminate that. … The election has now taken place. The Republicans have a majority in the House. Why wouldn’t we wait 20 days where we have more strength?”

McCarthy also underscored that a GOP-led House will be in good position to negotiate a reduction in spending and in the federal deficit.

“[W]e just set a record last month for the largest deficit in one month, $247 billion in one month in this short fiscal new year that we had for government,” he explained. “We have now set a record because we paid more than $100 billion just in interest. The interest rates are higher. Our debt is at a place we’ve never seen it before, and [the Democrats’] only answer [is] to spend more money that has brought us inflation.”

“[T]he other thing that we could really do is stop this wasteful spending,” McCarthy continued. “If they’re going to sit and negotiate with me, we’re not going to be talking about increasing spending by $100 billion. We’re going to talk about, ‘How are we eliminating some of this waste?’”

The congressman said he was working closely with Senator Mike Lee (R-Utah), who is leading the Senatorial effort to delay the omnibus into the new year. On Thursday, Lee also joined Perkins on “Washington Watch” to discuss the details.

“At least 10 Senate Republicans have to join with the Democrats in order to pass the omnibus,” he explained. “So my point is that given the fact that they need us, they need our votes, given the fact that we’ve just had a Republican House elected in the election, given that since 1954, we’ve seen control of the House shift from one party to another on only five occasions, and that in each of those occasions after that election, Congress did not pass [a] one-size-fits-all comprehensive spending bill for the coming Congress — we shouldn’t do that here.”

Lee further submitted that returning to pre-pandemic spending levels will be critical in reducing the national debt.

“It’s entirely plausible that within two or three years we could see our annual interest payment on our national debt as a country soar to well over $1 trillion. And that’s eclipsing every other single expense that we’ve got. This is serious, and this is not a good time for us to be continuing to spend money well in excess of what we’re bringing in. … [I]f we just stuck to what we were spending [pre-pandemic] and didn’t increase it, tax revenues would be almost enough to bring us to balance.”

“We can do this,” Lee emphasized. “We’ve just got to get off of this nonsensical assumption that we can continue to have these astronomically high annual deficits.”