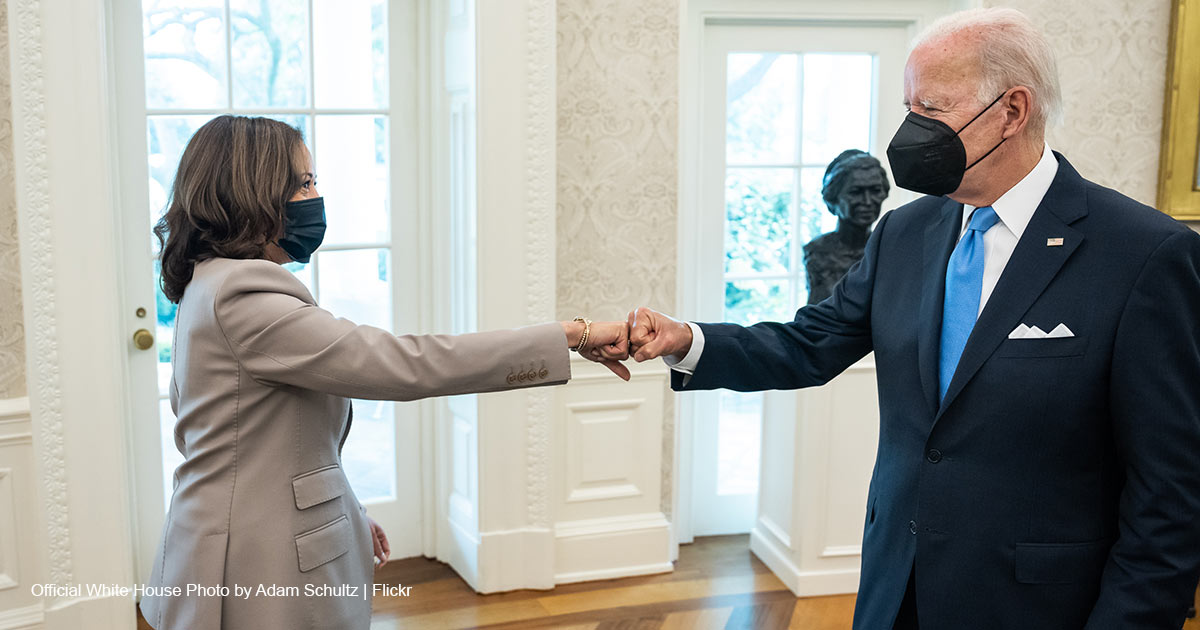 Pandemic Over? Medical Experts Weigh in on COVID Year in Review

“We still have a problem with COVID, we’re still doing a lot of work on it… but the pandemic is over.” President Joe Biden’s soundbite from his “60 Minutes” interview in September was a long overdue admission for some and a premature victory cry for others.

Aside from his claim, which caused major vaccine manufacturers to lose billions in stocks, recent Gallup polling shows that most Americans aren’t worrying about COVID like they used to. Mandatory masks, proof of vaccination, six-foot social distancing, and quarantine seem to be buzzwords of the recent past for 78% of respondents who reported that they have completely returned to their normal cadences of life.

While impending winter brings some worry that infection rates will increase, concern about catching the virus is at an all-time low since June 2021, with 44% of respondents (a record high) insisting the pandemic has ended. At the onset of COVID, amidst early reactions such as the White House’s “15 Days to Slow the Spread” campaign, over 90% of Americans chose to isolate to avoid sickness. Now, across the aisle, the general populus agrees that the pandemic situation is improving —although there is disagreement about if it has ended.

Is the pandemic over? While the virus is here to stay, many medical experts say the threat is not. “The threat [of COVID] is nowhere near what it was in March of 2020. It’s long past time to declare the state of emergency over,” Dr. Jay Bhattacharya, professor of medicine at Stanford University, told The Washington Stand. As far as he’s concerned, it’s time for America to put the epidemic behind them, considering that the majority of the population has immunity through having contracting the sickness or obtaining the vaccine.

Despite the weakening of the virus, the Department of Health and Human Services has extended the COVID public health emergency into 2023. Epidemiologist Dr. Andrew Bostom told TWS that this is unwarranted, given that the current infection to fatality ratio is below that of the seasonal flu. “There’s always going to be an uptick in respiratory viruses. We’re going through one now — most of it seems to be RSV in kids and some influenza, but they’re seasonal.”

Even though most of the protocols and regulations put in place for COVID have since been lifted, many Americans bemoaned the continued government overreach in the form of school lockdowns, vaccination requirements, visitor prohibitions in hospitals, and mask mandates, to name a few. Even now, Bhattacharya says there are outdated policies enstated by the Biden administration that need to be rescinded.

“The policy that excludes unvaccinated foreign visitors from visiting the United States — that policy is irrational and has led to many families being unable to visit with one another in the United States,” he explained. “[Additionally], many hospitals are still not permitting unvaccinated visitors — even to parents visiting their children in the hospital —or limiting the total number of visitors to patients in the hospital because of COVID concerns.”

“It’s an unnecessary cruelty [and] it serves no epidemiological purpose,” he told TWS.

Both Bhattacharya and Bostom told TWS that because of the way the pandemic was handled, unfortunate repercussions are likely to follow. People lost their jobs due to refusal to vaccinate, they were unable to visit sick and dying loved ones in the hospital, children missed school semesters, terminally ill patients with non-COVID illnesses went untreated, and civil liberties were violated.

“Harms [such as these] are hard to quantify, but require a serious consideration by the government of checks and balances to public health so that those kinds of excesses never occur again,” Bhattacharya said.

With the return of a sense of normalcy post-COVID, the media is toying with the idea of “pandemic amnesty.” Bhattacharya objects, telling TWS, “There needs to be accountability over the damage caused by the COVID policies that we fought with, many of which were irrational and cause[ed] tremendous harm.”

Bostom echoed his thoughts. “That’s the opposite of what we need,” he said. “You have to realize that the policies that we enacted are the opposite of what we’ve learned from 100 years of experience with pandemics going all the way back to the 1918 flu. How those bizarre, draconian regulations were enforced against the accumulated wisdom of a century, which dealt with many pandemics and things like lockdowns, mask mandates, and quarantines of the healthy were all considered to be absolutely destructive policies with no public health benefit.”

“How that paradigm was turned on its head by a cabal of public health and government officials really does need investigation,” he concluded.

Approaching the third winter since the onset of COVID-19, Bostom says he is far more concerned about the threat of overreaching policies than the virus wreaking havoc. He told TWS that Americans would do wise not to forget the way their elected leaders used their power during the outbreak. “I hope it gives everyone pause about these very destructive policies, the lockdowns, the vaccine mandates,” he said. “[COVID] was a very stratified disease, [a] very age specific disease, [a] comorbidity specific disease. It was treated as if it affected the entire population equally, which was just absolutely a terrible abuse of real public health.”