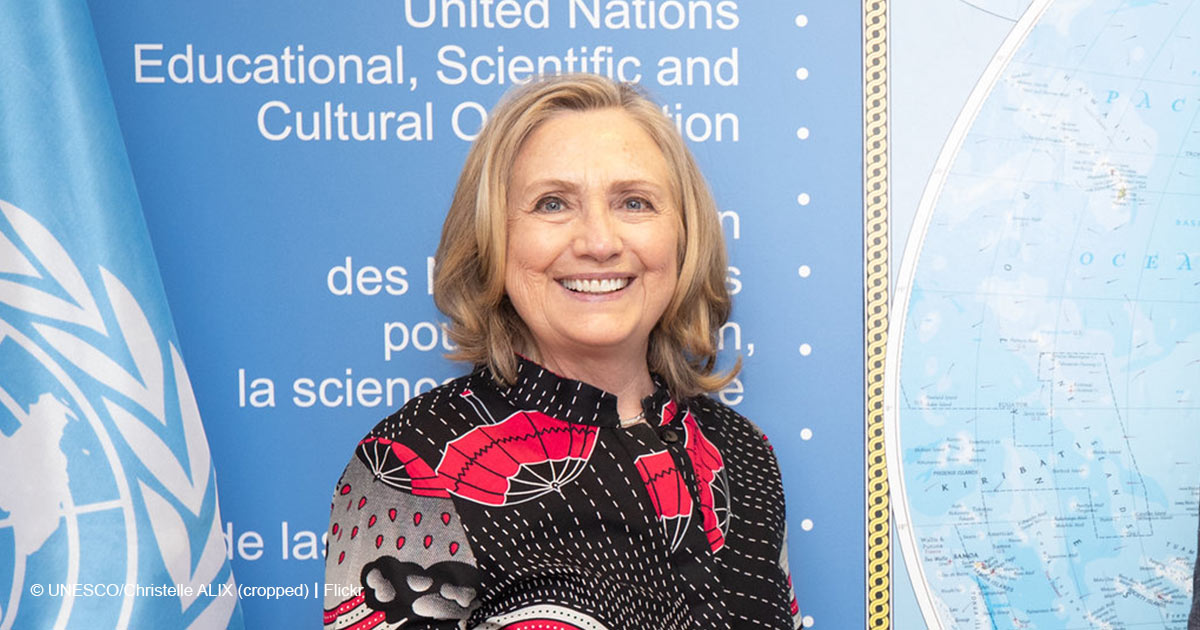 This past summer, Macy Petty, a college junior interning at Family Research Council’s headquarters in Washington, D.C., stood outside the court in anticipation of the release of the Dobbs decision. When it finally dropped, Petty fell to her knees and sobbed tears of joy. In her words, “I witnessed a miracle.” Along with many other students present that morning, she was jumping up and down with excitement, celebrating the end of Roe v. Wade.

One of the many news cameras on site captured Petty’s overjoyed emotional reaction. A few weeks ago, Petty discovered that the clip of her falling to her knees in tears was being used in a pro-abortion advertisement paid for by the California Democratic Party. The ad urged viewers to support Proposition 1, a pro-abortion initiative on the California ballot this November that would make abortion a “fundamental right” up until birth. They overlaid Petty’s passionate response with the word “SAD,” messaging that women were “mad, sad, and scared” by the end of federalized abortion.

The clip had even been tweeted out by former Democratic presidential candidate Hillary Clinton and retweeted by California Governor Gavin Newsom (D), with thousands more retweets and likes. Petty told The Washington Stand, “[The pro-life cause] is something that I care about a lot. And so to see somebody manipulate that passion that was shown in my reaction to the decision, to literally promote abortion, was awful.”

Petty took to Twitter to write an open letter to the Yes on Prop 1 campaign, Clinton, and Newsom, setting the record straight on her tears and demanding that her pro-abortion ad cameo be removed. She reiterated that she, the girl from the ad, was unapologetically pro-life.

Petty told TWS, “I knew that my face was something that would try to persuade somebody to vote yes on such a horrible proposition. So that was just absolutely gut wrenching to know that they were including me in that. And that’s why I was so passionate about taking it down.” Petty said that, while she has yet to receive any apologies, she knows that her voice has been heard, because when the Yes On Prop 1 campaign shared the ad again, the clip had been swapped out.

“Being pro-life is something that I’m very passionate about and something that I’m kind of devoting as part of my calling.” In an exclusive interview with TWS, Petty shared the real reason for her tears at the court on Dobbs decision day. “I mean, this was historic. This is something that people have been fighting for — for literally generations. And somehow God allowed me to be in front of the Supreme Court when the decision was released and Roe v Wade was overturned. I mean, what in the world? What a blessing. And so that was just so crazy.”

“Another one of the reasons why I just started sobbing [was] because I couldn’t believe that I was so blessed to be here on that day and to watch it happened before my very eyes.”

Petty comes from generations of women devoted to fighting for life, as she, her grandmother, and mom have all worked at pregnancy resource centers. “I absolutely believe that I’m on the pro-women’s side, because the pro-life side, they empower women,” she explained to TWS. “They tell them that they can do it, that they can have a life in a pregnancy and an education all at the same time. The pro-choice side literally feeds on this manipulation of women telling them they aren’t strong enough, that they can’t have a baby and achieve their dreams.”

Students For Life responded to Petty’s misconstrued video, telling TWS, “The emptiness of the pro-abortion movement is so vast that when Hillary Clinton, Governor Newsom, and the California Democratic Party wanted to find powerful emotion outside of the Supreme Court on the day Roe ended, they had to turn to a pro-life woman. Students for Life was outside the court that day witnessing a miracle, the end of the hijacking of our Constitution with an abortion agenda. And Macy Petty proudly held one of our signs, showing her support for the preborn and their mothers. We all wept tears of joy that day, which makes the misuse of her image to send a pro-abortion message all the more offensive.”

They continued, “We are standing with Macy as she fights to get that offensive ad pulled and share her outrage that a bankrupt movement built on profiting off the deaths of the innocent is trying to steal her literal joy over the end of Roe.”