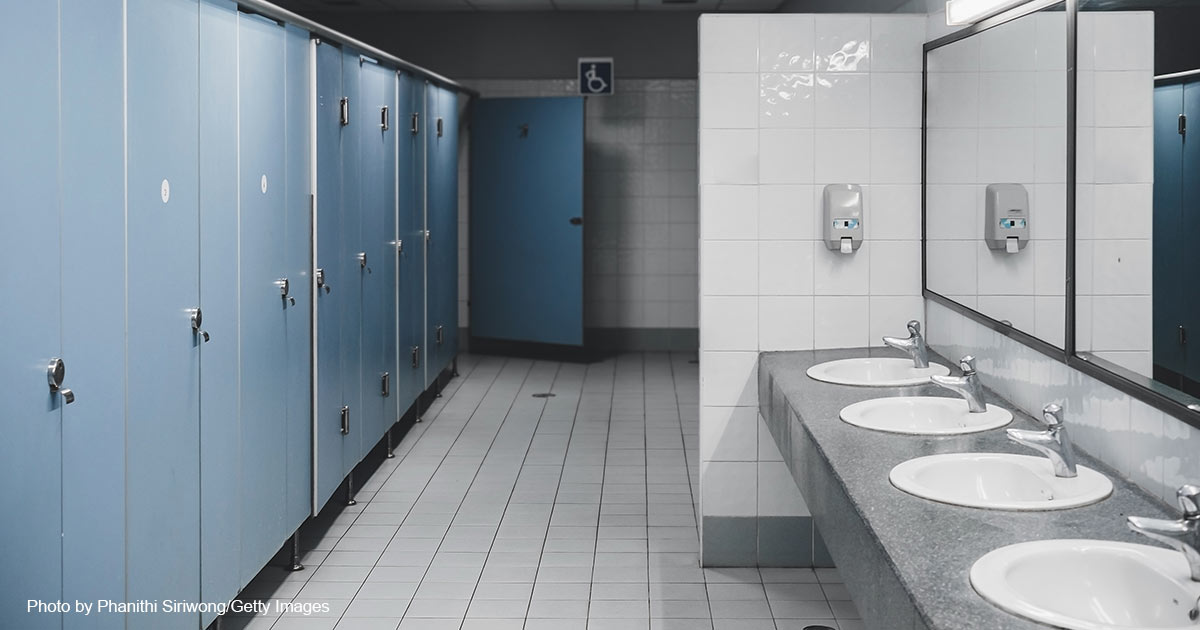 “Separating school bathrooms based on biological sex passes constitutional muster and comports with Title IX,” held the Court of Appeals for the 11th Circuit on Friday. Their decision upheld the policy of the school board in St. Johns County, Florida (St. Augustine), which was challenged by a student who identifies as transgender, claiming that the policy violated both the Equal Protection Clause of the 14th Amendment and Title IX.

After a three-day trial in 2017, the federal district court for the Middle District of Florida ruled against the school district policy on both counts. In 2020, a three-judge panel of the 11th Circuit affirmed the district court ruling against the school. However, that opinion failed to gain the necessary approval of the entire (11-member) circuit court, which agreed to rehear the case.

Upon rehearing the case, seven members of the 11th Circuit Court found that the school district’s policy of separating school bathrooms according to biological sex did not violate the Equal Protection Clause nor Title IX.

“The protection of students’ privacy interests in using the bathroom away from the opposite sex and in shielding their bodies from the opposite sex is obviously an important governmental objective,” they stated. “The School Board’s bathroom policy is clearly related to — indeed, is almost a mirror of — its objective of protecting the privacy interests of students.” These are the two requirements of intermediate scrutiny, the standard by which federal courts evaluate sex-based discrimination claims. “To satisfy intermediate scrutiny, the bathroom policy must (1) advance an important governmental objective and (2) be substantially related to that objective,” they explained. Check, and check.

The circuit court refuted the arguments of the district court and dissenting judges that privacy concerns extended only to restroom stalls, and not to the entire restroom. They noted the district court could only reach their erroneous conclusion by “minimizing the factual and practical realities of how the sex-separated bathrooms operate.” For example, “students change in the bathrooms and, in the male bathrooms, use undivided urinals.” Thus, “the privacy interests are not confined to the individual stalls in those bathrooms.”

Nor is restroom privacy an issue distinct from biological sex, continued the court. “The privacy interests hinge on using the bathroom away from the opposite sex and shielding one’s body from the opposite sex, not using the bathroom in privacy. Were it the latter, then only single-stall, sex-neutral bathrooms would pass constitutional muster. But that is not the law.” In fact, the court reasoned that such arguments were actually confusing the issue at hand (the legality of a “policy of assigning bathrooms based on sex”) with a separate issue, whether sex-separated bathrooms are legal at all.

“This case is not a case about ‘the legality of separating bathrooms by sex,’” the court wrote. “The privacy afforded by sex-separated bathrooms has been widely recognized throughout American history and jurisprudence.”

After concluding the school board’s policy “does not unlawfully discriminate on the basis of sex,” the court also concluded (in separate analysis) that it does not discriminate against transgender students. On this point, it faulted the district court, which “never properly conducted the requisite intermediate scrutiny analysis” before drawing a conclusion. The court argued that “transgender status and gender identity are wholly absent from the bathroom policy’s classification [according to biological sex]. And both sides of the classification … include transgender students.”

“There is no evidence suggesting that the School Board enacted the bathroom policy ‘because of . . . its adverse effects upon’ transgender students,” the court added. “The district court itself noted that the School Board did not even ‘have transgender students in mind when it originally established separate multi-stall restrooms for boys and girls.’” In fact, the court noted, the school district accommodated the small minority of students who identified as transgender (16 out of 40,000, or 0.04%) by authorizing “the use of sex-neutral bathrooms as part of its Best Practices Guidelines for LGBTQ issues.”

The court noted that the school district made the decision to keep their sex-separated bathrooms and offer a sex-neutral accommodation after extensive study, and their decision “was motivated, in part, by the issue of gender fluidity in which students may switch between genders with which they identify.” What one student who identified as transgender took as a personal affront was a policy really designed to accommodate a different portion of the extremely heterogenous LGBT+ “community.”

The circuit court also found that the school board’s restroom policy did not violate Title IX. Designed “to prohibit sex discrimination in education,” Title IX also “provides an express carve-out with respect to living facilities,” noted the court, including “separate toilet, locker room, and shower facilities on the basis of sex,” so long as those facilities are proportionate in quantity and comparable in quantity.

Once again, the circuit court refuted the district court’s reasoning, which found that the definition of “sex” in Title IX was “ambiguous” as applied to students who identify as transgender. “If sex were ambiguous, it is difficult to fathom why the drafters of Title IX went through the trouble of providing an express carve-out for sex-separated living facilities,” said the court. “Transgender persons — who are members of the female and male sexes by birth — would be able to live in both living facilities associated with their biological sex and living facilities associated with their gender identity or transgender status.”

“Commensurate with the plain and ordinary meaning of ‘sex’ in 1972, Title IX allows schools to provide separate bathrooms on the basis of biological sex. That is exactly what the School Board has done in this case,” the court concluded. “And to accommodate transgender students, the School Board has provided single-stall, sex-neutral bathrooms, which Title IX neither requires nor prohibits. Nothing about this bathroom policy violates Title IX.”

“Title IX was meant to ensure that women and girls had the same access to educational and sports opportunities as men and boys. It was never intended to be a sexual rights insurance policy,” said Kilgannon.

The 11th Circuit Court’s ruling in favor of the school district’s policy of assigning restrooms based upon biological sex creates a circuit “split.” Both the 7th Circuit and the 4th Circuit have previously struck down such policies. The Supreme Court is more likely to consider an appeal on a question where circuit courts are split.

The composition of the court is largely the same today as when the Bostock ruling was issued in 2020, with some possibly significant differences. Of the justices currently serving, four formed part of the Bostock majority (Chief Justice Roberts and Justices Gorsuch, Kagan, and Sotomayor), while three dissented (Justices Alito, Thomas, and Kavanaugh). Since the Bostock ruling, Justices Barrett (nominated by President Trump) and Jackson (nominated by President Biden) have joined the court.