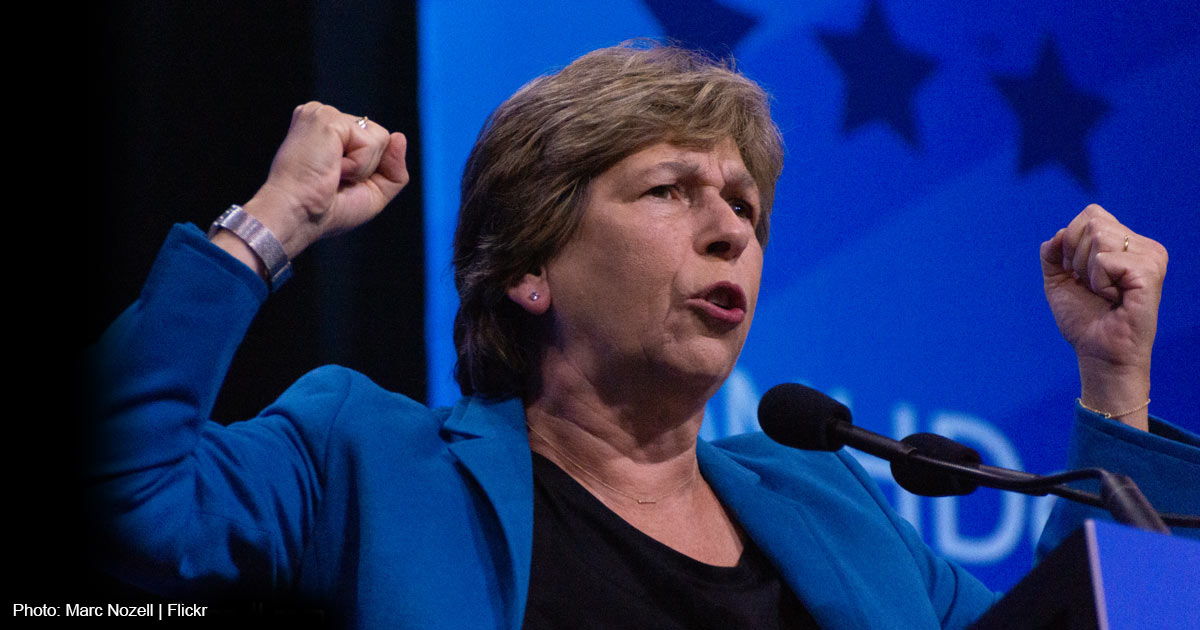 The president of the second largest teacher’s union in the country described conservative arguments against transgender ideology as “demonic” in a recent interview. But experts say that this rhetorical tactic is a way of dismissing unfavored arguments without ever addressing them.

During an interview on MSNBC on Tuesday, American Federation of Teachers President Randi Weingarten commented on her displeasure with the actions and language that many Republicans are using to argue against transgender ideology. “They spent $50 million against trans kids in this last election,” she said. “How dare they? And you wonder what just happened in the club in Colorado? So what’s dangerous is their rhetoric. What is demonic is their rhetoric.”

Dr. Jennifer Bauwens, the director of the Center for Family Studies at Family Research Council who formerly worked as a clinician providing trauma-focused treatment to children, argued that Weingarten used the controversial term to avoid dealing with conservative arguments against transgenderism.

“People throw around the word ‘demonize’ or ‘demonic’; in popular culture it gets thrown around as a way to really just say something is evil, and almost to characterize it as unredeemable,” she told The Washington Stand. “Because if someone is ‘demonic,’ there’s nothing you can do about it. From the Christian perspective, if someone is demonic, we know who to run to, and the truth will set us free, so we always have hope in that sense. In [Weingarten’s] terms, calling them ‘demonic’ is really just to say that Republicans are evil and unredeemable, but it’s also a really prominent tactic that those who are opposing keeping kids safe from transgender procedures are using.”

Bauwens continued, “I think this is a tactic that is used in a widespread way on a number of social issues. It’s ‘Whatever you’re doing, I’m going to call you out and say you’re doing it.’ In the psychological world, it’s called a projective identification — what I’m actually doing I’m putting on to you.”

Bauwens went on to describe what she believes is a “spiritual” dimension to the transgender phenomenon.

“At another level, I think this whole issue of transgenderism is very spiritual,” she said. “And that’s why we can’t just fight it with logic. Because what we are doing to children is illogical, and to break every norm that we have historically embraced when it comes to science and keeping kids safe from experimental procedures, when it comes to having the most rigorous methods before we’re implementing something that is elective onto a child. To go against those norms and to defy what has been known about how these medications affect a child’s body over the long term — you know there’s something else going on that could deceive a whole group of people.”

“It’s very spiritual,” Bauwens continued. “The enemy’s goal is to transform the image of God into his own image. He can mar a child’s image and sterilize him because he doesn’t want God’s image reproduced. So there’s the goal of sterilization and there’s also the goal of making people more like him and less like Jesus.”

Meanwhile, The Post Millennial reported on Monday that emails between the Children’s Hospital of Philadelphia and Rachel Levine (who now serves as the assistant secretary for health at the Department of Health and Human Services) from 2017 were recently uncovered showing that the hospital admitted that there was no literature to support the protocol of performing gender transition surgeries on minors. Despite this, the clinic’s co-founder Nadia Dowshen went on to state, “I think we’ve had more than 10 patients who have had chest surgery under 18 (as young as 15) and 1 bottom surgery (17).”

Bauwens underscored how health institutions are continuing to disregard medical science when it comes to gender transition procedures.

Bauwens once again pointed to a deeper level of influence behind the transgender ideology.

“It does give you a clue that there’s more going on here than meets the eye,” she noted. “Yes, there are people who are ideologically wedded to this idea, but what’s prompting them to be so driven and what’s prompting so many people to just relinquish their logic? There’s a spiritual force going on. God made us in his image, male and female, and the enemy wants to stick his thumb in God’s eye and say, ‘I can change what you’ve made. I can make them look more like me.’”