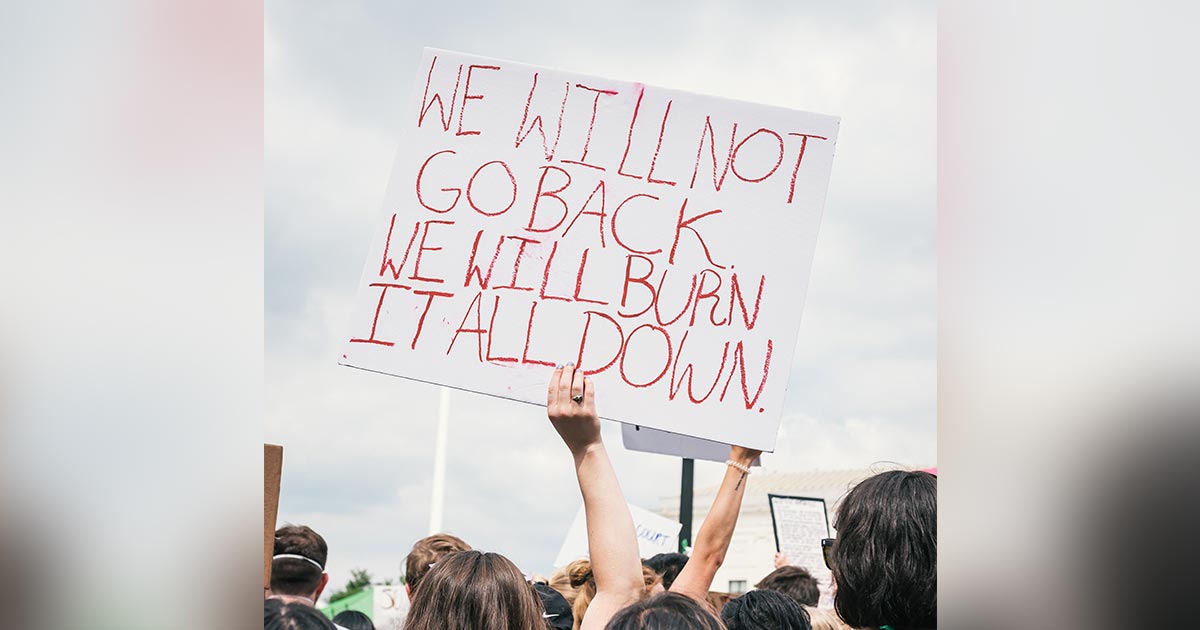 In the wake of the Supreme Court’s landmark Dobbs decision that overturned Roe v. Wade on June 24, a renewed surge of terrorism has been unleashed against churches and pregnancy resource centers, with at least 25 attacks occurring across the country over a seven-day span.

In a particularly brazen attack that took place on Monday in Portland, Ore., a group of approximately 100 pro-abortion protestors marched near a building which houses the office space of Hinson Baptist Church and a pro-life organization. In broad daylight and in the view of police, a group of extremists broke away from the main group, smashing dozens of windows and defacing the sides of the building with graffiti.

Notably, 17 out of the 25 attacks occurred in predominantly liberal cities and states, including Nashville, Portland, Philadelphia, New York City, Houston, and New Orleans, as well as in California, Colorado, Washington State, New Hampshire, and Northern Virginia.

The latest rash of onslaughts are part of a much broader pattern of terrorism against churches, pregnancy resource centers, pro-life organizations, and individuals that erupted after Politico published a leaked draft Supreme Court opinion of Dobbs on May 2. In all, TWS has found evidence of at least 92 violent incidents in 60 days.

After 56 days of sustained property destruction without any reports of arrests being made by law enforcement across the country, a 31-year-old Bellevue, Wash. man was arrested on Tuesday after he smashed a door in and defaced the property of a Catholic church with graffiti, before damaging a police cruiser.

A pro-abortion terrorist group known as “Jane’s Revenge” has publicly claimed responsibility for many of the attacks that have taken place, including multiple attacks within the last seven days.

In response to The Washington Stand’s request for comment on whether any further arrests have been made in connection to “Jane’s Revenge,” the FBI stated: “While we have no comment on any specific incidents, the FBI remains vigilant and continues to work every day with our law enforcement partners to detect and disrupt any potential threats of violence in our communities. As always, we remind members of the public that should they become aware of any suspicious activity to immediately contact law enforcement.”

Mary Szoch, the director of FRC’s Center for Human Dignity, contended that an inherent contradiction in the logic of the pro-abortion violence is plain to see. “In the week since the Dobbs decision, the pro-abortion industry has lashed out against churches and PRCs — the very organizations that since 1973 have provided material, financial, and spiritual support to women facing unexpected pregnancies,” she told The Washington Stand. “The pro-abortionists’ claims that the Dobbs decision is what will harm women rings hollow. They are the ones attempting to close organizations that are willing to walk with women through the entirety of pregnancy and parenting.”

Szoch went on to describe her experiences at a recent visit to a pregnancy center in Washington, D.C. “On Thursday, FRC’s life team and interns visited Capitol Hill Pregnancy Center, a pregnancy resource center that was recently attacked by a pro-abortionist spray-painting ‘Jane Says Revenge.’ During our time there, several women came in looking for help. Janet Durig, the center’s director, told us, ‘We’re here for these women as long as they need us.’”

“I would challenge anyone planning on attacking a PRC to first stop in and see how women are supported by these life-affirming organizations,” Szoch concluded. “I’m sure anyone who does will have a change of heart.”