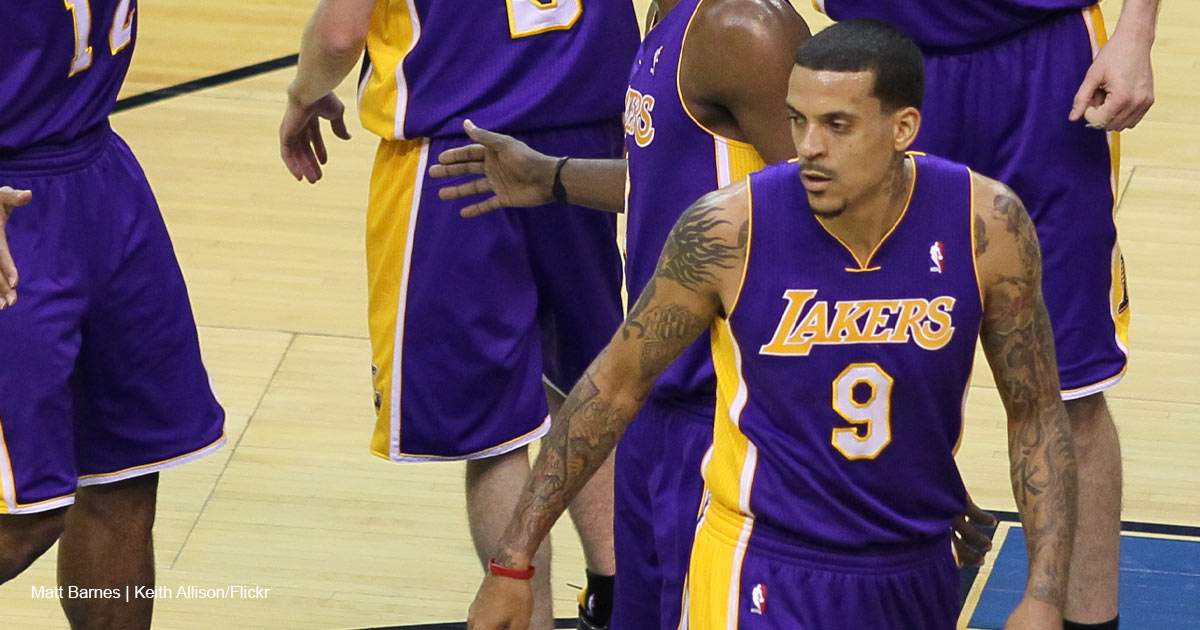 ‘That Line Shouldn’t Be Crossed’: NBA Champ Speaks Out against ‘Transwomen’ in Sports

When asked about his opinion on letting “trans players” in the WNBA, he replied, “It would change the whole dynamic of the game … To me, it’s like to each his own, and I respect whatever personal decision you want to make, but when it comes to sports, crossing that line is a line that shouldn’t be crossed.” Without naming names, the professional basketball player went on to voice his disapproval of trans-identifying athletes Lia Thomas and an MMA fighter (currently there are two openly trans fighters) who had gained unfair advantage over the women in their leagues. (In the case of trans fighters, this can also mean dangerous physical damage to female opponents.)

Barnes joins other high-profile athletes in speaking out against the trans wave in female sports. Former Super Bowl champion Brett Favre and former tennis star Martina Navratilova said “it’s unfair” to let men who identify as women compete in girl’s sports. Sharron Davis, former Olympic swimmer told BBC that “XX-born natal females, will not be able to win any of their medals, any of their sports scholarships, any of their profile opportunities to be able to get a platform. How is that fair? We are in a society where 50% of us are women.” Much to the public’s surprise, even Glamour’s “Woman of the Year” Caitlyn Jenner, the 1976 Olympic gold medalist Bruce Jenner commented, “This is a question of fairness. That’s why I oppose biological boys who are trans competing in girls sports in school. It just isn’t fair.”

As of June 2021, 18 states passed laws (or introduced bills) against trans athletes competing in women’s sports.