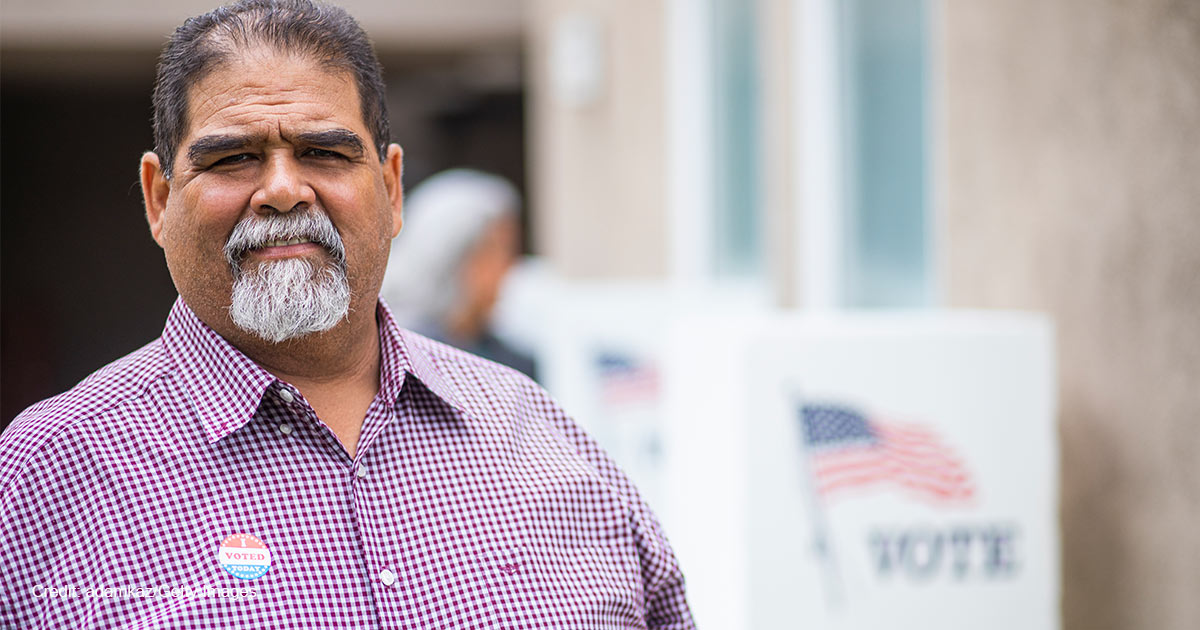 Understanding the Hispanic Vote: Leaders Chime in on Republican Shift

“Every year, one million Hispanic youth turn 18 and become eligible to vote. Since 2016 voter registration numbers among Hispanic Americans have swelled 24% compared to 9% for all other ethnic groups in America. Recently, we’ve seen evidence that Hispanic Americans, whether they be Mexicans, Colombians, Venezuelans, Cubans, Puerto Ricans, etc., are changing their voting behavior, and leaving the Democratic Party in favor of the Republican Party.”

According to FRC Action Director Matt Carpenter, the numbers don’t lie. Hispanic population growth and voter registration numbers are skyrocketing in the United States. At last week’s Pray Vote Stand Summit, Carpenter hosted a panel titled, “Faith, Politics, and the Hispanic Realignment.” Three leaders in the Hispanic Republican movement joined him on stage to unpack the Latin American vote and the recent red wave among Hispanics. Their conclusion? In the words of one panelist, “I believe that Hispanics are going to be the backbone of saving this country — and we need to save this country.”

First, Mario Bramnick, president of the Latino Coalition for Israel, defined his terms. Hispanics are not a monolith, he said, so the factors at play in their political leanings will include their country of origin, how many generations removed from immigration they are, and their assimilation into their surrounding American culture.

According to Bramnick, many Hispanics have a history with authoritarian regimes and have sought a freer life in the United States. “I was born in Cuba, and in 1960, my family and I fled communist Cuba for the American dream… What we’ve seen in the last two years is nothing less than chilling. We’ve seen this movie before and I don’t want to rerun in America.”

Bramnick maintains that he, along with many other Hispanic Americans, are wary of government overreach. “I know we’re all seeing it, but from the grit of coming out of communist Cuba, the politicization of the DOJ and the FBI, the raid of a former president’s residence, targeting by DOJ of parents, the indoctrination of our children by CRT, wokeism, and transgender ideology… the censorship of media…”

Bramnick went on to assert subtle similarities between the U.S. and Cuba. “The targeting, the arresting, and in Cuba, ultimately execution of political opponents,” he continued. “My wife’s father was killed by the Castro regime. Some of her uncles were in prison for 10 years just because they opposed the regime. We’re really in a crisis time. And what we saw with the speech targeting Republicans and Christians, this is not Cuba. This is not a third world country. We live in the United States of America.”

With such conservative values, why have many Hispanics registered as Democrats? Through her former position as director of Latinos for Trump, Adianís Morales explained that, for Hispanics who immigrate to the United States, there is a five to seven-year adjustment period before they consider getting involved in voting or politics. And once they do, Morales says that party registration can get lost in translation. “You think that you are a Democrat just because you come from a country that is Democratic.”

Amidst this long period of settling into a new community, Morales says it is imperative that pastors teach their churches to vote in alignment with biblical values.

Now as a local pastor with her husband Joey, Morales has been very involved in rallying values voters among Hispanics in Puerto Rico and Florida. “We have the highest ratio in Florida, especially in central Florida, of turning Democrats and no party affiliation [NPA’s]… into Republicans in churches and outside of churches, with this amazing document that FRC has for you.” She held up copies of FRC Action’s Party Platform Comparison resource, touting them as one of the vehicles they used to drive voters to choose Republican values.

According to the panelists, Hispanic communities don’t take kindly to government actions that try to encroach upon family, children, and parent’s rights. Candidates who promise to fight those issues have a prime advantage in this family-centric culture. As Bramnick put it, “Hispanics are really focused on family, faith, and freedom, which are things that we believe in. The family unit is the single most important unit. The family is not just the immediate family. It’s also abuelos, abuelas, and grandchildren.”

“There’s a reason that our parents came here, right? There’s a reason that we came, and it was not to replicate the problems, the corruption, the lack of opportunity of Latin America, here in the United States,” Steve Cortes, former senior strategist and spokesman for the Trump campaigns, told the audience.

“But the great news,” he continued, “is we have this massive group of people, roughly 60 million people strong, who do believe in family values … [with] small business and enterprise and capitalism. … [They] have come from countries with a lot of problems. We can be really proud of our heritage. And we are, of the culture, the history, the food, the traditions, all of it from Latin America. But we do not want to replicate Latin American governance in the United States.”

Despite Ruy Teixeira’s 2002 predictions that the Democratic Party would usurp the majority, Cortes provided examples that prove otherwise. Predominately Hispanic Florida counties such as Stark and Zapata once overwhelmingly voted for Democratic candidates like Hillary Clinton. In the past few years, with the mass exodus of Hispanics from the Democratic Party, the script has begun to flip by a large margin, with Donald Trump rallying 55% and 38% of the vote in those respective counties in the 2020 election, within just four years. In the rest of the country, Hispanic majorities have helped elect Rep. Mayra Flores (R-Texas) and Virginia Governor Glenn Youngkin (R).

Morales encouraged conservatives to connect with the Hispanic community in their neighborhoods. “Don’t come to us just like in election times or when you’re trying to reach out, just be yourselves all the time. We’re very open people. We’re very warm, we’re very welcoming. And once we give you our friendship, you become part of a family. You become family. So that would be the best advice.”