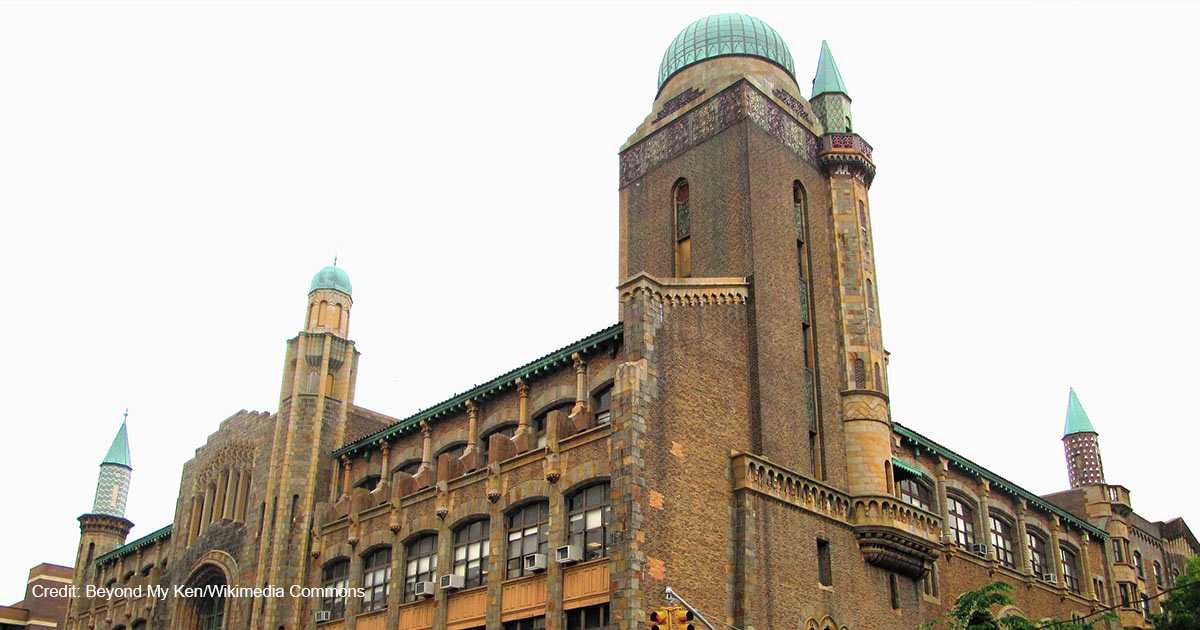 It has now been over seven years since the landmark Obergefell v. Hodges Supreme Court decision mandated that all 50 states recognize same-sex marriage, in which then Justice Anthony Kennedy famously stated in the majority opinion that “The First Amendment ensures that religious organizations and persons are given proper protection as they seek to teach the principles that are so fulfilling and so central to their lives and faiths…” But as the current court case of Yeshiva University illustrates, there appears to be no end in sight to the legal battle between LGBT rights activists and religious institutions who maintain belief in biblical sexuality.

Yeshiva University, the oldest Jewish college in the U.S., has appealed a case to the U.S. Supreme Court in which it is being sued by the LGBT student group YU Pride Alliance for recognition as an official student group of the university. The 136-year-old university based in New York City argues that it is a religious institution and has the right to not recognize a pro-homosexual rights group in order to maintain “the freedom to apply the Torah in accordance with our values.”

Will Haun, senior counsel at the Becket Fund for Religious Liberty which is representing Yeshiva in the case, joined guest host Joseph Backholm on Tuesday’s edition of “Washington Watch” to discuss the details of the case.

“The trial court said that Yeshiva isn’t religious enough, that despite its name, despite its over 130-year history of training the next generation of modern Orthodox Jews, that because it offered too many secular degrees alongside its world renowned Torah values-based education and religious immersion, it simply could be treated like any other public accommodation and be forced to have a group that its senior rabbinical leadership determined putting its seal of approval on that would violate their Torah values.”

Haun went on to observe that LGBT student activists at Yeshiva are intentionally using the court system to force a religious institution to change their biblically-based beliefs.

“[T]he plaintiffs who have sued Yeshiva, they know this. They’ve said publicly that this is about forcing a cultural change at Yeshiva because they don’t agree with how Yeshiva interprets and applies the Torah. Who’s right about that? Who’s wrong about that? … The bottom line is it’s simply not for a civil secular court to say. That’s why we have the First Amendment, and that’s why this case has gone up immediately to the U.S. Supreme Court.”

“The very purpose of a Yeshiva University as a distinctly Jewish school is to educate young people in their faith and create an environment that fosters their religious values rooted in the Torah,” she told The Washington Stand. “The university should be allowed to do that without any government interference.”

Del Turco continued, “By suing their own university, the students who demand that Yeshiva University establish a ‘Pride Alliance’ club are putting contemporary cultural values above the thousands of years of Torah tradition, which the students purportedly wanted to learn about at the university. As mainstream culture increasingly rejects Judeo-Christian values, these types of challenges to religious freedom will only increase. If religious universities in America are forced by the courts to alter their character and abandon elements of their faith, then they have no religious freedom at all.”

Meanwhile, a federal district court ruled on Tuesday that a Christian wedding photographer in Louisville, Ky. has the right to decline to photograph the weddings of same-sex couples and has the right to explain her religious reasoning for doing so.

These two cases represent the latest salvos in the ongoing legal battles that continue to rage between LGBT activists and religious individuals and institutions over the right to uphold biblical beliefs about sexuality in the public square, particularly since the 2015 Obergefell decision.

Chris Gacek, a senior research fellow and attorney at Family Research Council, doesn’t see an end in sight in this legal and cultural conflict.

“I think it will keep going, unless [Obergefell] is overturned some day or unless attitudes about all this change,” he told The Washington Stand. “But for the foreseeable future, this is going to happen, and it will also depend on the [court] jurisdiction you are in. [In the Yeshiva case], you’re dealing with a New York state law, not a federal law, [which] a lot of times are even more aggressive, and all you really have to protect you is the U.S. Supreme Court.”

Gacek went on to describe how the Obergefell decision has led to a Wild West-style legal environment where religious freedom is often up to interpretation.

“What has happened is that Obergefell is part of a larger set of judicial opinions [that have created our current situation],” he noted. “… [U]nfortunately, the Supreme Court followed up Obergefell with that terrible Bostock decision, which was a statutory interpretation of Title VII, and there were some decisions before then. In a sense, what the Supreme Court did [in Obergefell] is that there’s this unstated, common law … that is not a statute. It’s not spelled out. That’s why this statute that they are trying to pass on the Hill right now [Respect for Marriage Act] is super dangerous. It’s trying to provide a federal definition of marriage that is really bad. [Since that bill has not passed], the court can’t be that specific, so you have this kind of vague environment out there.”

Gacek was quick to warn that this environment is perilous for religious individuals and institutions.

“It’s hanging by a thread. This is very precarious. We shouldn’t take these wins [like the Kentucky case] as some kind of [huge victory]. If you had a gender-Marxist majority on the Supreme Court, they would wipe them out in a second.”

“This is the state of affairs we’re in,” Gacek concluded, “and it’s not going to change unless the constitutional law setting changes and whether norms start to change in the country.”