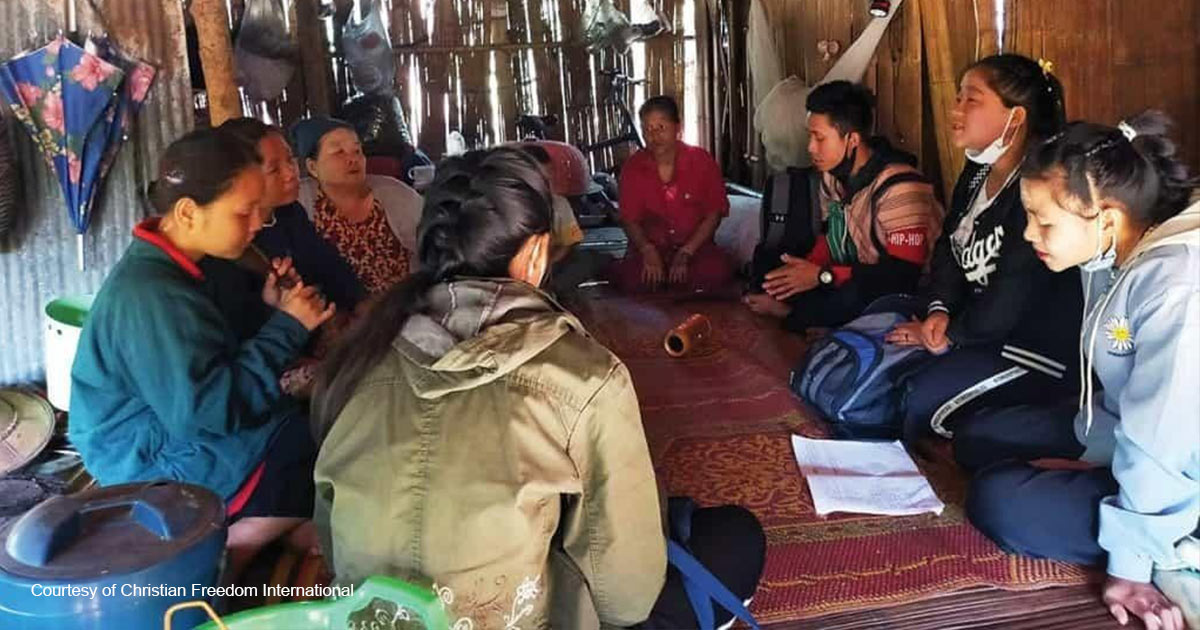 These Persecuted Christians Are in Leadership Boot-Camp, and It’s Impressive

You could see the gratitude and relief on the Buddhist grandmother’s face. In the yard of her modest bamboo hut on stilts, half a dozen Christian young adults were clearing out the overgrown brush, something she would have struggled to do on her own. A few of them lingered by the house to chat. Though they came from very different backgrounds, they were able to giggle with the toddler in the grandmother’s care and honor her with a visit. The young adults weren’t getting paid — it was ministry. And they weren’t Americans on a missions trip — they were persecuted Christians themselves.

Earlier this month, I had the opportunity to visit Victory Bible Academy, located in Thailand near the border with Burma. Operated by Christian Freedom International (CFI), a nonprofit dedicated to supporting persecuted Christians, this school’s student body is comprised of Karen Christian refugees from Myanmar (also known as Burma).

Most of the student’s families were forced to flee Myanmar and its tyrannical military that has long been at odds with ethnic and religious minorities. Myanmar is home to 54 million people and has the dubious distinction of having the longest ongoing civil war in the world, beginning when the country gained independence from the British in 1948.

Following a military coup in February 2021, the conflicts between insurgent groups and the Tatmadaw military has escalated, including in predominantly Christian states like Karen State and Kachin State. A deadly form of Buddhist nationalism guides the Tatmadaw’s attacks against rural Christian villages and churches. Airstrikes and attacks against civilians have sent Karen Christian refugees fleeing across the border to Thailand in recent years. Open Doors World Watch List currently ranks Myanmar #12 on the list of the world’s most dangerous places to be a Christian.

This is the environment in which many of the students at Victory Bible Academy grew up, viewing persecution as the norm. Though they don’t like to speak about the hardships they have experienced, these young adults aged 18-24 carry on with courage, seeking to be educated in ministry so they can share their faith with others.

The school’s director, Joe Scott, moved from Canada to Thailand with his wife eight years ago after hearing about the situation of persecuted Christians in Myanmar and looking for an opportunity to help. With a heart for assisting those most in need, Scott told TWS his goal is to “create servant leaders in hopes they will be able to assist the most persecuted for Christ.”

The school’s daily outreach is equipping persecuted Karen Christians to do just that. Students lead mission trips into surrounding villages by interviewing the poor to assess their needs. They dig latrines, repair houses, teach Bible lessons and songs to children, and pray with adults. One student said that “outreach prepares us to always help and how to share the word of God and encourage others who are suffering.”

Living as refugees in a country where their native language is not commonly spoken, the students take multiple language classes. All students graduate knowing English, Thai, Karen, and Burmese. And because pastors and missionaries serving in remote locations in Thailand and Myanmar rarely make a salary from ministry, students are taught a variety of skills to help them earn an income — from welding to weaving and cooking to construction.

Wright says this diversity of skills is critical to equipping students for the variety of challenges they might face. She said, “They learn how to thrive in a jungle, and they learn job skills for a modern economy — all with a focus on benefitting others.” During my visit to the school, the kindness, hospitality, and work ethic of the students was evident. They want to grow in their faith and be a force for good in the world.

Karen Christians have long been under siege for their faith, and their determination is inspiring. Scott noted that despite 73 years of civil war and constant fears of being targeted for their faith, Karen Christians “have continued to follow Christ. What does that say about them?” Most believers in the West aren’t familiar with Karen Christians or the relentless persecution they endure. Yet, we should be. We are united in Christ (1 Corinthians 12), and we have much to learn from each other.

Those at Victory Bible Academy don’t adopt a victim mentality, though they have every reason to feel victimized. While they have already suffered for their association with Christ, they are fully committed to bringing the hope of the gospel to others. As Wright said, “The staff and students find that by following Jesus, they rise above persecution.”