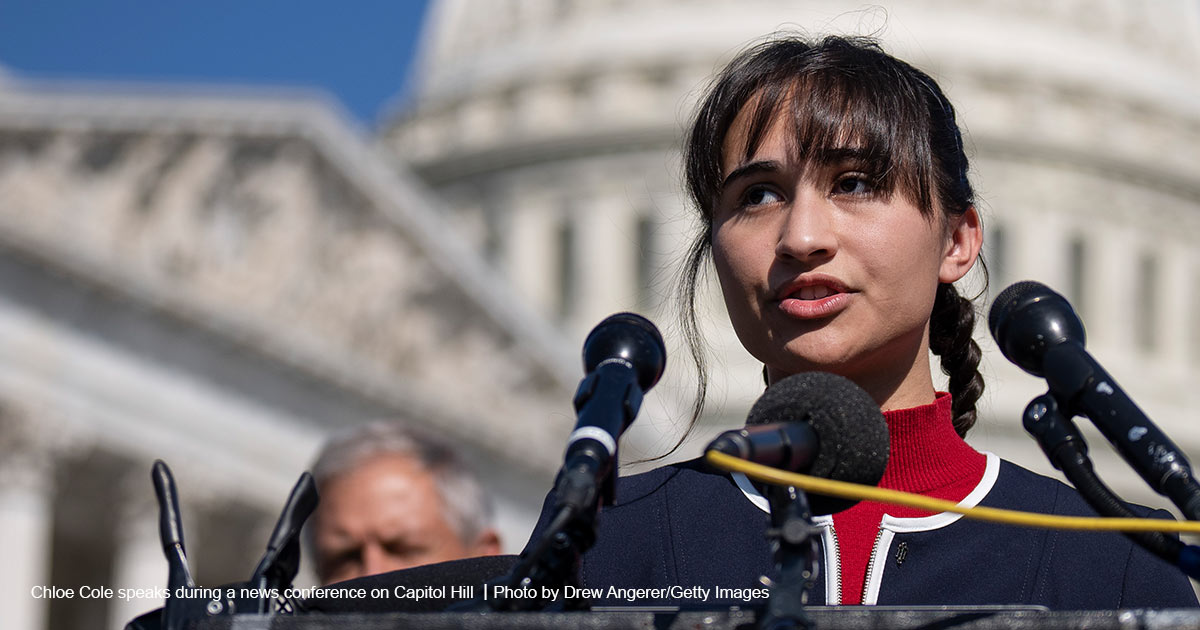 13 State AGs, Detransitioners All Warn Garland to Stand Down

Think of it “along the lines of, you know, maybe a really ugly mole that you never really liked. And then, finally, it’s gone.” A mole. That’s how the president-elect of one of the world’s largest trans advocacy groups described a child’s gender — a feature so inconsequential that it can be lopped off when the mood strikes. A birthmark. Dr. Marci Bowers, a father of three who transitioned mid-marriage, insists “medical and possibly surgical care for adolescents makes sense.” Thousands of hurting survivors beg to disagree.

Like a lot of teenagers, Cat Cattinson never felt comfortable in her own body. At 13, she begged her parents to let her “be a boy.” They refused. More than a decade later, Cat decided to do something about her depression and finally visited a Planned Parenthood to start hormone therapy. “I just felt like I didn’t have another choice,” Cat said. “I tried being a woman for so long and I wasn’t happy. I decided to go full steam ahead…” she explains.

“Full steam ahead” was exactly what she got from the clinic. After a 30-minute visit, Cat walked out the door with a prescription — a tiny slip of paper that would change her life forever.

Despite telling the doctor that she was a semi-professional singer and wanted to ease into the drug regimen, Cat was shocked to learn that Planned Parenthood’s prescription was double the normal female-to-male dosage. In two weeks, her voice was unrecognizable. “I was prepared for my voice to get deeper, but nobody told me it would be painful to speak,” Cat said. “Nobody told me it would feel like there was a barrier in my throat when I would go to vocalize, whether it was for singing or even just being around my friends at a social gathering. It was hard to project my voice over music. No one warned me that was a possibility.”

This treatment, she remembers thinking, was supposed to fix everything. “I was supposed to have this whole new life.” Instead, her dreams were shattered. She canceled her double mastectomy, decided against changing her name, and stopped the hormones. “I realized I’d been in an echo chamber, and I’d been told some really harmful things by trans activists that totally distorted my view of the world and my gender or my biological sex,” Cat admitted.

And she wasn’t alone. Chloe Cole, who had her breasts removed as a teenager, has become the brave face of pushback. From the media interviews to state legislatures, she’s raised her voice against the toxic culture that’s embracing the mutilating scars. “How did we get to the point where nearly every pediatric institution in the country considers it best practice to remove the healthy breast tissue of children while administering drugs typically used to chemically castrate high-risk sex offenders?”

When some of the leading medical associations in the country leaned on Attorney General Merrick Garland to shut down any opposition to their so-called “evidence-based health care,” Cole was astounded. The powerful trio of the American Medical Association, American Academy of Pediatrics, and Children’s Hospital Association urged Garland to start investigating the “disinformation” and silence critics. In that instant, Cole made a decision: it was time to fight back.

This week, Chloe launched a new organization, Detrans United, with a single goal — to stand up and speak the truth about this dangerous, life-altering ideology. Her first act? Writing her own letter to Merrick Garland.

“Many of us were young teenagers when we decided, on the direction of medical ‘experts,’ to pursue irreversible hormone treatments and surgeries to bring our bodies into closer alignment with what we thought was our true ‘gender identity,’” she explains. “Many of us had extensive histories of mental illness. Many of us had experienced significant childhood trauma. But all of this was ignored because we uttered the word ‘gender.’” This utterance, she went on, “placed us on a narrow medical pathway that led us to sacrifice our healthy bodies and future fertility… We didn’t know any better; we were young, and we trusted our doctors.”

Trying to censor their stories and the facts that have been disregarded in the process “is not a pathway to truth and justice, but to ignorance and further harm.” As it is, Chloe points out, “Most detransitioners choose to remain silent or anonymous, because unlike the joyful and supportive communities that welcome all who transition, no such loving community awaits us. Instead, we are routinely harassed and browbeaten into silence for being an inconvenience to popular narratives on gender.”

Cole wasn’t the only one piling on the DOJ. Now that the president has weaponized the FBI against pro-lifers, parents, and now, possibly, transgender truth-tellers, 13 state attorneys general are warning Garland to quit while he’s ahead. While the president moves at warp speed to sterilize our children and trap them in a lifestyle of misery and pain, leaders from Arkansas, Indiana, Kansas, Kentucky, Louisiana, Mississippi, Montana, Nebraska, Oklahoma, South Carolina, Texas, and West Virginia aren’t mincing words about the Left’s pressure to crack down on Americans who care about children.

“We respectfully demand that you stand down and allow the national conversation to continue. Now is a time for more speech, not less,” the 13 wrote in a letter led by Tennessee Attorney General Jonathan Skrmetti (R). “Silencing critics of current gender dysphoria treatment practices for minors will not make children any safer or healthier,” said the prosecutors. “Instead, it will lead to bad decision-making and erode public confidence in both the federal government and the medical community.”

As diagnoses of gender dysphoria skyrocket (42,000 kids in 2021 alone), Skrmetti urges caution. “We are slipping into a dangerous orthodoxy where dissent is pushed further and further to the margins.”

Who’s suffering from that silence? Not the medical community, who’s turning this predatory industry into a $5 billion cash cow. Not the sexual revolutionaries, whose only goal is to divide and destroy. The young women who wanted to sing, to be mothers, to live without scars — they’re the ones paying the price. And where are the people advocating this “compassionate” treatment when it doesn’t work? Nowhere. That ought to tell the world everything it needs to know.